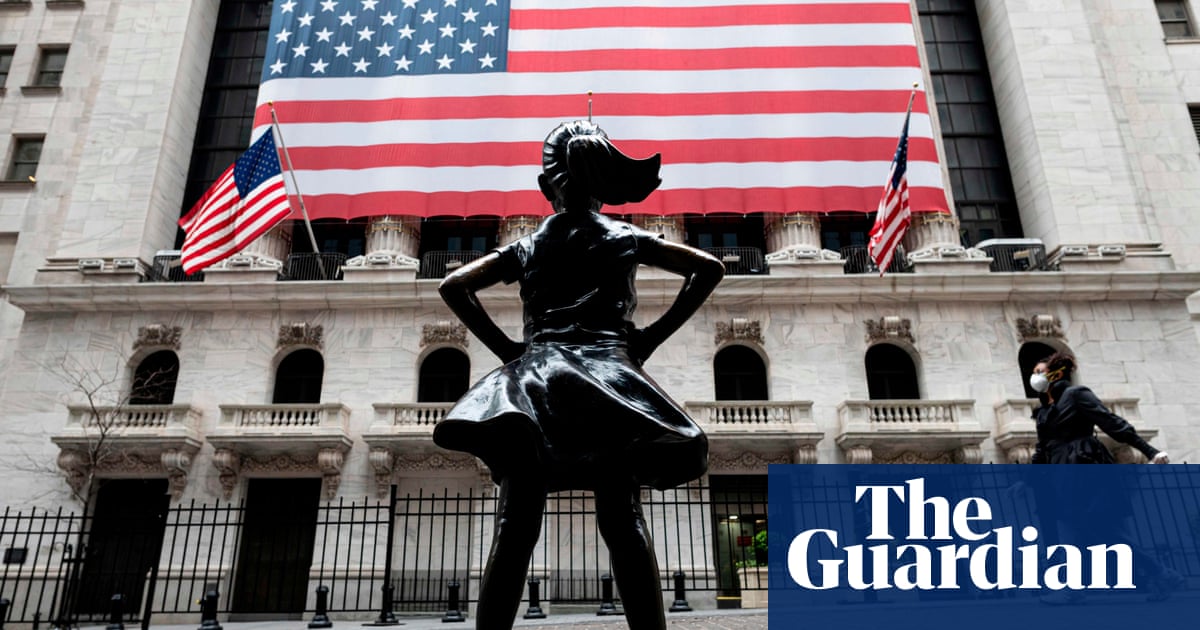 Shares have soared on the worlds stock markets after investors shrugged off a deep slump in the US economy and pinned their hopes on a possible breakthrough in treatment for Covid-19.

Despite news that the longest expansion in US history came to an abrupt end in the first three months of 2020, financial markets were buoyed by an update from the American biopharma company Gilead Sciences on its experimental drug remdesivir.

US drug regulators are expected to announce they will allow the emergency use of remdesivir in the treatment of the coronavirus following a large scale clinical trial of the anti-viral drug by the US government.

Dr Anthony Fauci, the countrys top infectious disease official, told reporters at the White House on Wednesday that initial data on the potential treatment with the experimental drug looked promising but needed further review, adding that he had no timeline for the Food and Drug Administrations approval.

However, a separate set of results published by the Lancet medical journal on Wednesday of a trial conducted in China concluded remdesivir failed to improve patients condition or reduce the pathogens presence in the bloodstream. Gilead said previously that those findings, released inadvertently by the World Health Organization last week, were inconclusive because the study was terminated early.

The gauge of shares in the UKs leading quoted companies is still 19% lower than it was at the start of the year.

Wall Street was also in an upbeat mood, ignoring a worse-than-expected 4.8% annualised fall in US growth between January and March, and the predictions from analysts that there was much gloomier news to come in the second quarter.

By lunchtime in New York, the Dow Jones industrial average was up more than 500 points at 24,651 points and had recouped more than half its losses since the financial markets were thrown into a panic by the global spread of the pandemic in late February and early March.

Shares were also boosted by a recovery in oil prices amid signs that stocks of crude were smaller than previously feared, with Brent crude futures up 11%, and by a trading statement from Alphabet, the parent company of Google.

Yet it was a statement from Gilead saying that remdesivir had shown positive results when given to patients for either a five-day or 10-day course of treatment that propelled stock markets higher.

Markets had fallen back last week after reports that the drug had failed a trial, but the company said preliminary results had shown that more than half of patients in both groups improved, and had been discharged from hospital by the 14th day after starting the treatment.

Despite the encouraging signs, remdesivir is still some distance away from being available as a treatment for Covid-19.

Donald Trumps economic adviser, Larry Kudlow, said the Gilead reports were a positive for a US economy that experienced a sharp reversal of fortune between the turn of the year and the end of the first quarter.

Strong growth in January and February had resulted in forecasts that the worlds biggest economy would grow at an annual pace of about 4% in the first three months of the year, but an upswing stretching back to the end of the global financial crisis more than a decade ago came to a halt in March.

James Knightley, the chief international economist at ING bank, said: After a strong January and February, a combination of Covid-19 containment measures and consumer fear meant activity collapsed in March.

The US publishes its growth figures in a different form to other countries, but the 4.8% annualised drop in gross domestic product means the economy shrank by a little over 1% between the fourth quarter or 2019 and the first quarter of 2020.

Gregory Daco of Oxford Economics said worse was to come and predicted the US would contract by a further 10% in this quarter.

Following 10 years of continuous growth, the longest US economic expansion has ended. And, while the 4.8% annualised plunge in real GDP is the sharpest contraction since 2008, it will pale in comparison with the near-40% plunge in the second quarter.