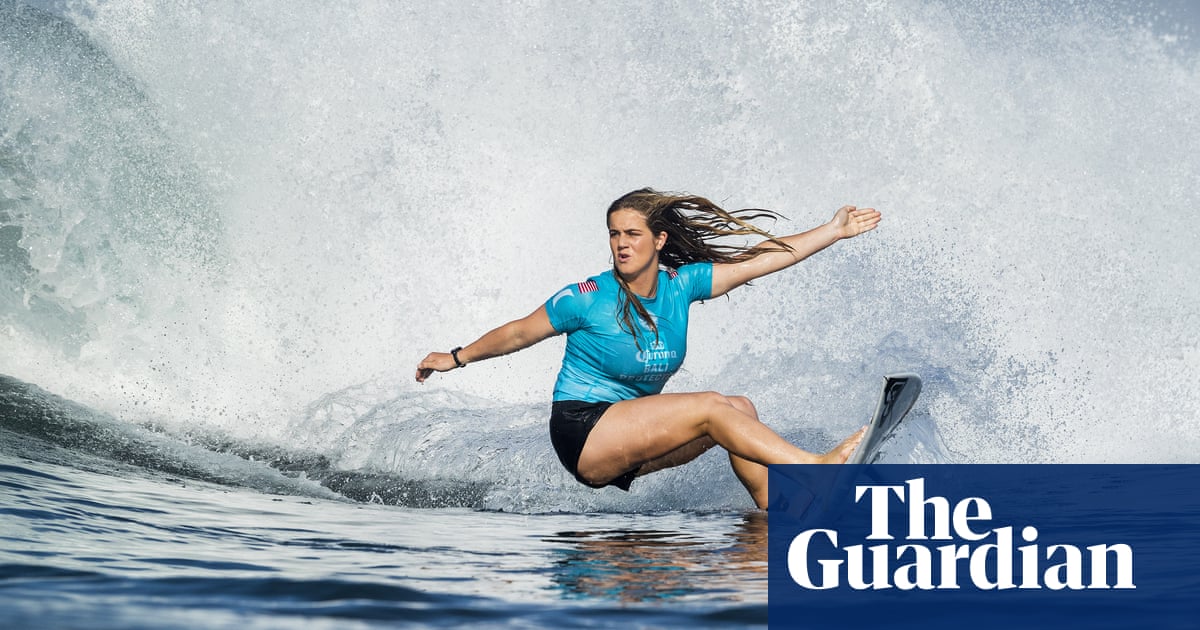 The photo told the story in unmissable large block letters: a shot of two young surfers, one male and one female, both winners at a junior competition in South Africa in June, both brandishing outsize checks advertising their prize money, 8,000 rand for him, just 4,000 for her.

Three months and a lot of blowback later, the World Surf League has stopped offering explanations and excuses and decided enough is enough. Starting next month, when a big-wave tour kicks off the 2019 surfing season, male and female competitors will receive equal prize money.

The WSL is proud of its commitment to gender equality, and proud to join other organizations beyond the world of sport reaching this important milestone, the California-based league said in a statement. Chief executive Sophie Goldschmidt described the decision as a huge step forward in our long-planned strategy to elevate womens surfing.

Surfing is not the first sport to catch the gender equality wave. The US Open tennis tournament began offering equal prize money to men and women in 1973, and many other, mostly minor sporting events and disciplines have followed suit, particularly over the past decade: they include speed skating, mountain biking, squash and beach volleyball.

Surfing has a particular global reach and appeal, though, and has also been notorious for staging competitions in which male competitors not only earn more money but get to ride the best waves. This change is simply the right thing to do for the WSL, Goldschmidt added, and we would like to thank the many advocates who have worked for decades to help advance womens surfing.

The photo from the South African youth competition went viral and prompted a deluge of snarky online comments. 1920 phoned, they want their archaic gender biased ideals back, one Facebook commenter wrote.

At the time, the league said the prize money was determined by the number of entrants, not gender bias, but the argument soon became unsustainable. Then Californias State Lands Commission made equal pay a requirement if the league was to obtain a permit for its big-wave competition in Half Moon Bay, south of San Francisco, in November.

The leagues move is likely to put pressure on the big sports organizations that continue to pay men and women at different rates. All four tennis Grand Slam events now feature equal pay, but other sports where the mens game is more popular and more lucrative have continued to lag far behind.

In 2016, five members of the US womens soccer team filed a wage discrimination complaint with the US Soccer Federation, pointing out that they were paid about 25% of what male players made despite generating close to $20m more revenue than the mens team in 2015. They eventually struck a new deal with the federation to boost their base pay by 30%.