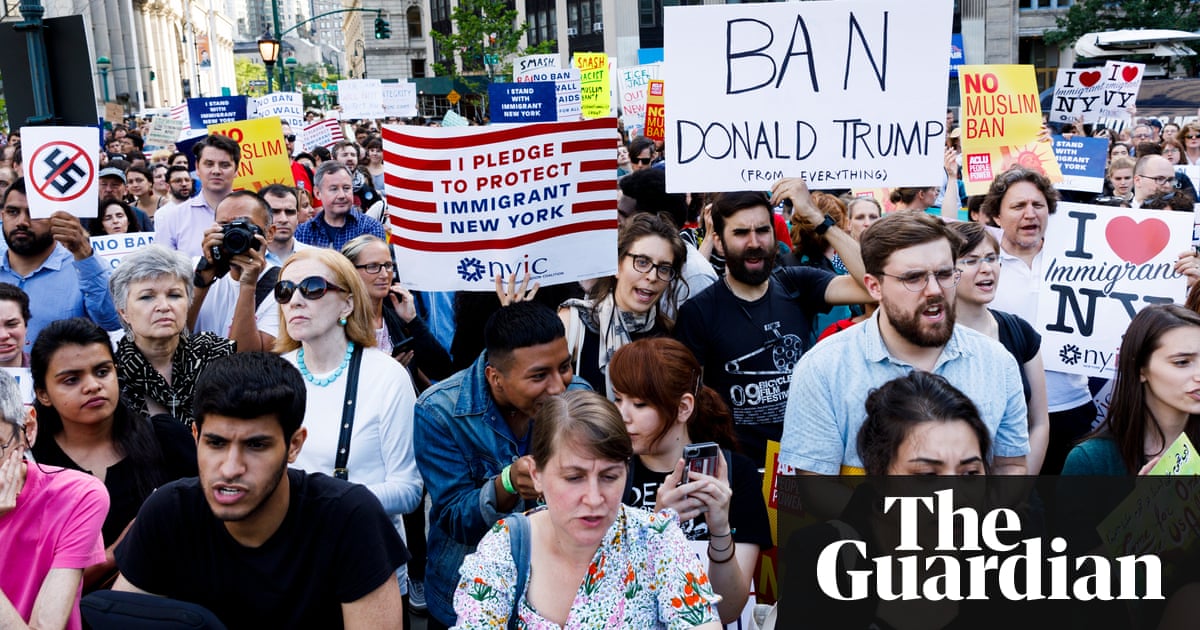 Opponents conceded the supreme court had delivered a significant blow to their efforts with its 5-4 ruling in favor of Donald Trumps travel ban on several Muslim-majority countries. But groups that challenged Trumps policy told the Guardian they were already preparing the next front of legal challenges. Until then, travelers from five Muslim-majority countries will continue to be overwhelmingly barred from entering the United States.

What does the ruling mean for travelers?

The supreme court weighed the legality of the third iteration of Trumps travel ban, which sought to bar or limit immigrants from Iran, Libya, Syria, Somalia, and Yemen. North Korea and Venezuela were also among the countries listed in the ban, but their presence was not challenged in court.

As it awaited oral arguments, the court enabled Trumps third executive order to go into effect last December. Although the administration has argued it was not banning travel from the list of countries entirely, the state departments own numbers have shown a minimal number of exceptions have been granted.

Citizens of the banned countries can apply for waivers on a case-by-case basis, such as seeking to travel to the US for medical treatment, to visit a close family member or for business obligations. But of more than 8,400 applicants between 8 December and 8 January, only 128 travelers from the banned countries qualified, according to Reuters. In the initial weeks, only two visa waivers were granted.

Doug Lasdon, executive director of the Urban Justice Center, said the supreme courts ruling would embolden the Trump administration to go hard at immigrants on a not-so-subtle basis of nationality or religion.

I think this is open season for them, Lasdon said. This supports the presidents most authoritarian instincts.

The borders are closing and theyre closing fastest on people of color and the Muslim religion.

What do travel ban opponents plan to do now?

The groups who led the legal challenge to the travel ban expressed dismay at the supreme courts decision, particularly in light of Trumps vow as a candidate to ban all Muslims from entering the US and record of derogatory comments about Islam and its followers.

Unfortunately, the supreme court has given its blessing to anti-immigrant, anti-Muslim animus, said Esther Sung, an attorney at the National Immigration Law Center.

Some set their sights on Congress in the hopes that federal lawmakers might overturn the travel ban through legislation.

We must make it crystal clear to our elected representatives: if you are not taking action to rescind and dismantle Trumps Muslim ban, you are not upholding this countrys most basic principles of freedom and equality, said Omar Jadwat, director of the Immigrants Rights Project at the American Civil Liberties Union.

A legislative fix would be unlikely, given Republicans in Congress have been broadly supportive of Trumps policy. And even if Democrats were to retake control of the House and Senate in Novembers midterm elections, the president would assuredly veto any bill seeking to undo his travel ban.

Immigration groups suggested the path forward might be challenging the visa waiver process and demonstrating that the Trump administration was not admitting travelers who met the exemptions laid out in the executive order. That could mean trying to chip away at aspects of the travel ban until another president could reverse it.

But by and large, the travel bans opponents struggled to come up with any immediate answers.

Its sad to say this, Lasdon said, but if you are Muslim, you have to think twice about coming to this country.

How is the Trump administration responding?

The president boasted of a tremendous victory for the American people shortly after the supreme courts decision was handed down.

It was not immediately clear if the ruling would change the way in which the policy will be implemented moving forward. The Department of Homeland Security did not immediately respond to the Guardians request for greater clarity.

In an earlier public statement, the DHS said: President Trumps executive actions take important steps to protect the American people by allowing for the proper review and establishment of standards to prevent terrorist or criminal infiltration by foreign nationals.