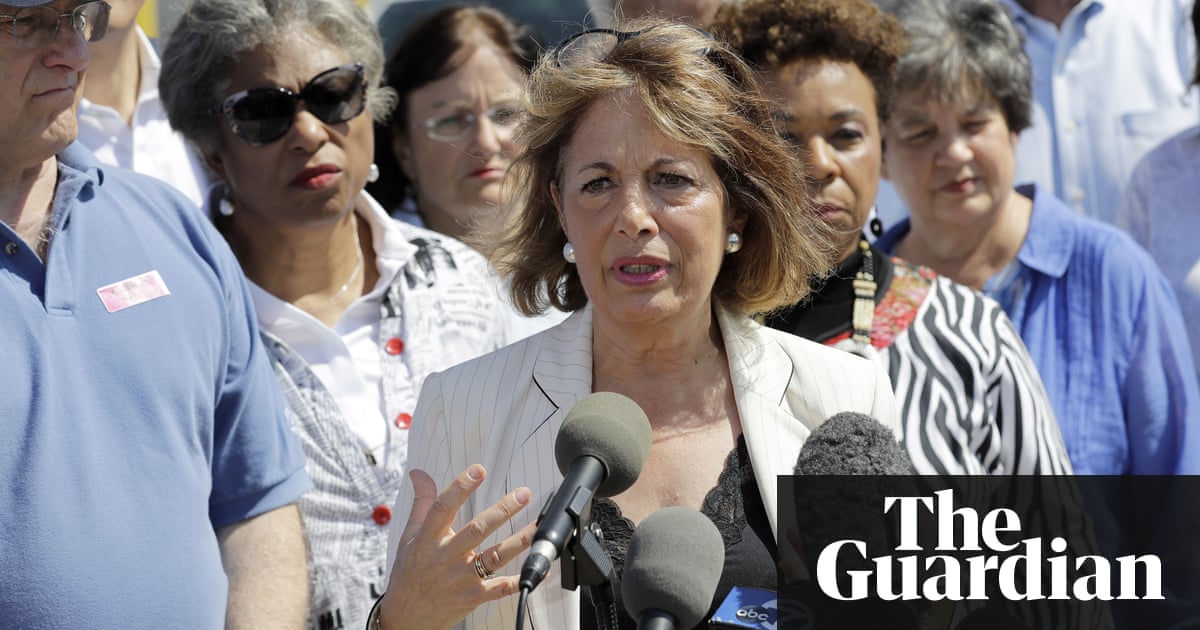 Donald Trump sought in a speech in Nevada on Saturday to shift blame for the separation of immigrant children and their parents and the pictures and recordings of ensuing distress that dominated world media this week to his predecessors, George W Bush and Barack Obama.

As he did so, Democratic members of Congress demanded answers about how such children would be reunited with their mothers and fathers.

Trump was speaking at the end of a dismal week that saw uproar over his zero tolerance policy that resulted in more than 2,300 minors being separated from their parents before he backed down and ended the policy on Wednesday, signing an executive order that nominally though not conclusively halted the practice.

In a half-hour speech to a state Republican convention in Las Vegas, he offered nothing about how the families might be reunited.

Everybody sees but this is the same sight that Obama had, that Bush had: same sight, the president said. Its the same thing. In fact they said, Look at this sight, look at President Trump, look at this picture. Excuse me, it was 2014 and it was President Obama. OK?

He added: Our people are actually doing a very good job handling a very difficult situation but this is a problem that should have been solved years ago, the president said. So were working very hard. The fact is we need more Republicans because the Democrats are obstructionists. They wont vote.

Trump acknowledged that immigration is an election issue. Our issue is: strong borders, no crime. Their issue is: open borders, let [the gang] MS-13 all over our country. Thats whats going to happen if you listen to them.

He also criticised a Senate plan to hire more judges to deal with immigration cases, saying he wants more border patrol agents instead. He warned: We will have millions and millions of people pouring through our country with all of the problems that would cause with crime and schools If they see any weakness, they will come by the millions.

Trump was in Nevada to help Republican senator Dean Heller raise money for a crucial election. He mocked Hellers opponent, congresswoman Jacky Rosen, as Wacky Jacky and repeated a racial slur against Senator Elizabeth Warren. Wacky Jacky is campaigning with Pocahontas, you believe this? In your state!

The president was accompanied on the trip west by his former campaign manager Corey Lewandowski, who sparked fury this week by dismissing a story about a 10-year-old girl with Downs syndrome being taken from her mother with the response: Womp womp.

The Republican offensive on immigration continued elsewhere as Mike Huckabee, former governor of Arkansas and father of White House press secretary Sarah Sanders, tweeted a photo of young Latino men with tattoos with the caption: Nancy Pelosi introduces her campaign committee for the take back of the House.

Trump was due to appear on Huckabees TV show on Saturday evening.

Democratic members of Congress visited immigration facilities in different parts of the country. Twenty-five Democrats visited children and families at a detention centre near McAllen, Texas. The official process for reuniting children and parents, they said, remained murky at best.

In many cases children too young to speak were taken away from their parents, raising fears that they may never be reunited.

The California Democrat Jackie Speier has convinced the DNA-testing company 23andMe to provide kits to be used to help reunite families. In McAllen, Speier told reporters: In terms of reunification, I have zero zero understanding that anyone has been reunited with their parents.

Speier said each immigrant received an alien number from the Department of Homeland Security (DHS) when they entered the US, but when children were transferred to the custody of the Department of Health and Human Services (HHS), they were given a different number. It was unclear how the two departments are communicating, she said.