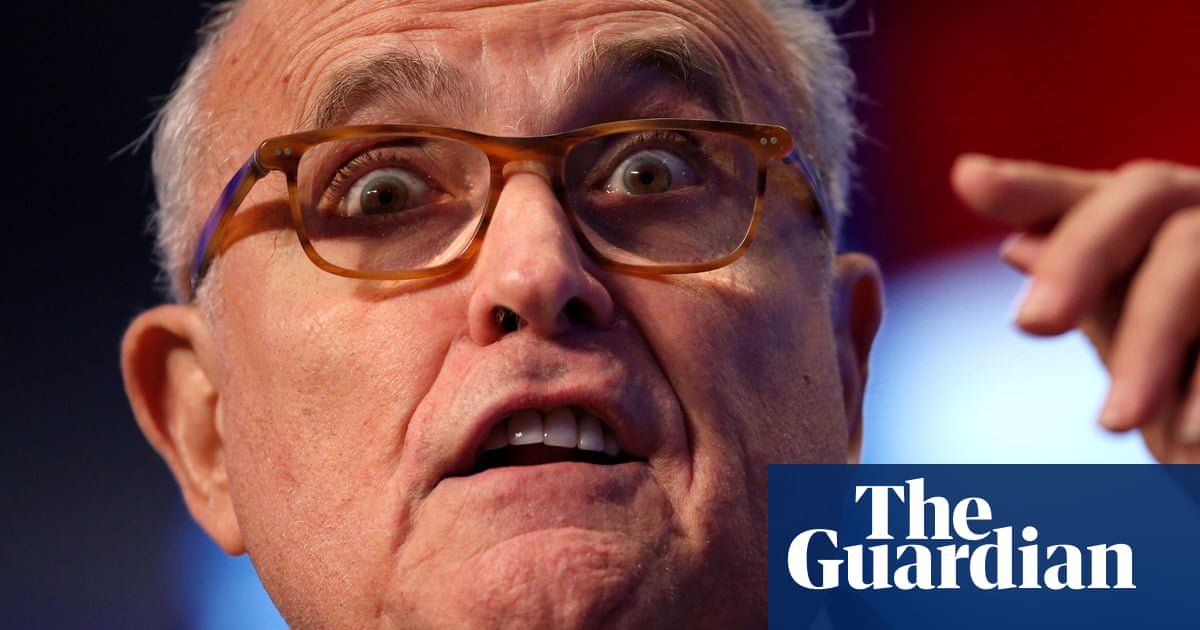 Youve got a really bad guy here, said Giuliani, during a 32-minute long, rambling interview on CNN on Monday.

Cohen, whose premises and home were raided by the FBI in April on a referral from special counsel Robert Mueller concerning possible campaign finance law violations, has not been charged with any crime. But he has strongly hinted he may help investigators looking into Russian election interference and links between Trump aides and Moscow.

Last week Cohens lawyer released a tape of Cohen discussing with Trump a payment to a Playboy model who claims an affair with the president, which Trump denies. It was then reported that Cohen says Trump knew of a meeting in New York in June 2016 between key aides and several Russians promising compromising information on Hillary Clinton.

On CNN, Giuliani repeatedly attacked Cohens credibility. Of his own avowals of Cohens honesty earlier this year, he said: George Washington would have said that about Benedict Arnold at a certain point in time.

Arnold, a high-ranking soldier in Washingtons army, conspired to betray West Point to the British in 1780.

Giuliani continued: What the hell are you picking on me for saying [Cohen] was an honest, honorable man when I didnt know he had recorded a conversation with his client? He was shaking people down for money, he was lying about what was on a tape and manipulating, doctoring tapes?

I didnt know any of that. George Washington didnt know Benedict Arnold was a traitor.

Giuliani also called Cohen a scumbag and repeated a claim that investigators have seized more than 180 tapes made by Cohen, which he claimed without offering evidence Cohen had doctored, and said no one on the tapes knew they were being recorded. He said again that only one of those tapes contains Trumps voice.

Asked what it might say about Trumps judge of character that a man once so close to him had turned on him, Giuliani turned to figures, one fictional and one real, from Shakespearean tragedy: He turned out to have a close friend betray him, like Iago betrayed Othello, like Brutus put the last knife into Caesar. It happens in life, that you get double-crossed.

At the start of the interview the former New York mayor repeatedly refused to elaborate on a Sunday tweet from Trump that caused widespread comment.

The president wrote of the special counsel: Is Robert Mueller ever going to release his conflicts of interest with respect to President Trump, including the fact that we had a very nasty & contentious business relationship, I turned him down to head the FBI (one day before appointment as S.C.) & Comey is his close friend.

It has previously been reported that Trump believes a supposed dispute over golf club fees represents a potentially disqualifying conflict of interest for Mueller. Giuliani told CNN the judgments out about whether he and the president respect Mueller, a decorated Vietnam veteran and Republican-appointed former director of the FBI.

Paul Manafort, the former Trump campaign manager who will stand trial in Virginia this week on financial charges brought by the Mueller team, has no incriminating information on the president, Giuliani said, adding: I know that for a fact.

Giuliani also repeatedly criticised Muellers team of investigators for perceived bias and said the special counsel was in bad faith over negotiations for an interview with the president. Trumps team presented their conditions for such a sit-down 10 days ago, he said, and had not heard back.

At the back end of the marathon interview, which Giuliani said at one stage was getting to be a silly conversation, Giuliani said: I think the odds are against [an interview] but I wouldnt be shocked if [Trump] wants to do it.

The presidents lawyers, Giuliani said, want their client to answer questions only on collusion which he denies and not obstruction of justice, which Mueller is investigating.

Wed like to get this over by September, Giuliani said.