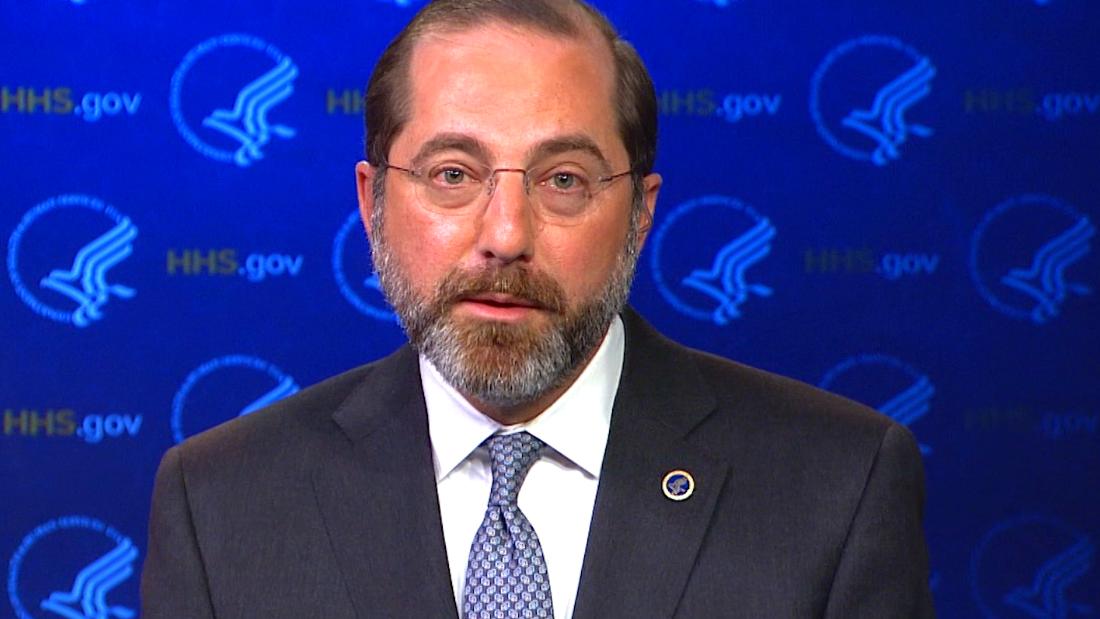 The President accused the media of being “…desperate to create the perception of chaos & havoc in the minds of the public. They never even called to ask. Alex is doing an excellent job!”Azar echoed Trump’s message in his own tweet thread later Sunday evening attacking the media and praising the President’s coronavirus response.
The public pushback comes after multiple calls between Trump, Azar and top White House advisers, which culminated in the coordinated issuing of a series of tweets that Azar’s job was safe for now, CNN has learned.
The flurry of phone calls surrounded a series of news reports Saturday night quoting anonymous sources saying White House officials were looking at the possibility of replacing Azar, two sources familiar with the matter told CNN.
Trump, Azar, White House Chief of Staff Mark Meadows and White House senior adviser Jared Kushner addressed the stories in the conversations and worked through the best way to respond, the sources said.
The sources insisted there are no imminent plans related to Azar.
Any move to replace Azar would be contingent on Trump deciding to move forward, and there is currently little appetite inside the White House for a big shake up amid the coronavirus pandemic.
CNN did call the White House for reaction after the first reports emerged Saturday evening that there were discussions about removing Azar.
Deputy White House press secretary Judd Deere told CNN on Saturday, “The Department of Health and Human Services, under the leadership of Secretary Azar, continues to lead on a number of the President’s priorities. Any speculation about personnel is irresponsible and a distraction from our whole-of-government response to COVID-19.”
HHS spokeswoman Caitlin Oakley said Saturday that Azar “is busy responding to a global, public health crisis and doesn’t have time for palace intrigue.”
Still, the discussions come after Trump appointed Vice President Mike Pence, rather than Azar, as the White House’s point man for coronavirus response at a rare presidential news conference.
Trump had privately expressed frustration over Azar’s lack of communication on key issues as the head of the White House coronavirus task force. Azar has also been at odds with Centers for Medicare and Medicaid Services Administrator Seema Verma, an ally of Pence’s from Indiana who has been involved in the coronavirus task force briefings.
The President has publicly signaled support for officials in the past only to eventually fire them.
In February, he touted a “great relationship” with then-acting White House Chief of Staff Mick Mulvaney only to replace him with Republican Rep. Mark Meadows of North Carolina the following month.
Azar, who joined the Trump administration in January 2018, served as general counsel and deputy secretary of the agency under former President George W. Bush. He then joined Eli Lilly, becoming president of Lilly USA in 2012.
He spent nearly nine years at the company, during which time it and other drug makers greatly hiked prices.
He was appointed Health and Human Services secretary after his predecessor Tom Price resigned over his use of private planes for government business trips.
This story has been updated Sunday with additional context.