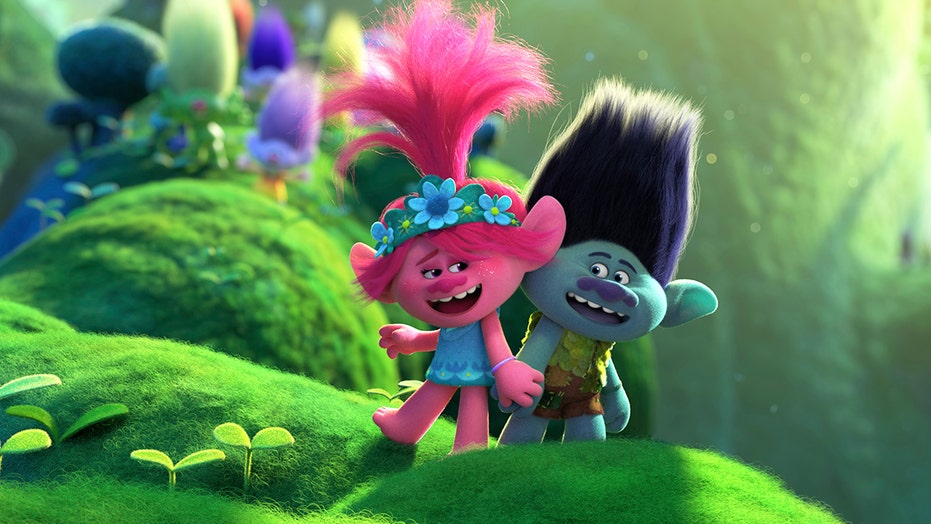 The success of ‘Trolls World Tour’ prompted AMC Theaters to make a bold change when it comes to playing Universal movies. (DreamWorks)

The statement goes on to note that, despite Shell’s comments, the company believes in the power of the theater experience and clarified that it only hopes that the post-pandemic landscape includes paid video-on-demand releases when appropriate.

“As we stated earlier, going forward, we expect to release future films directly to theatres, as well as on PVOD when that distribution outlet makes sense. We look forward to having additional private conversations with our exhibition partners but are disappointed by this seemingly coordinated attempt from AMC and [National Association of Theatre Owners] NATO to confuse our position and our actions.”

In his initial letter, Aaron and AMC seemed concerned with the notion that Universal would continue to release its movies to theaters as well as video on demand, taking profits away from the theaters it claims to care about.

HOW DOES CORONAVIRUS COMPARE TO SARS AND MERS OUTBREAKS?

“AMC believes that with this proposed action to go to the home and theatres simultaneously, Universal is breaking the business model and dealings between our two companies,” the letter reads (via The Hollywood Reporter). “It assumes that we will meekly accept a reshaped view of how studios and exhibitors should interact, with zero concern on Universal’s part as to how its actions affect us. It also presumes that Universal in fact can have its cake and eat it too, that Universal film product can be released to the home and theatres at the same time, without modification to the current economic arrangements between us.”

The letter continues: “It is disappointing to us, but Jeff’s comments as to Universal’s unilateral actions and intentions have left us with no choice. Therefore, effectively immediately AMC will no longer play any Universal movies in any of our theatres in the United States, Europe or the Middle East. This policy affects any and all Universal movies per se, goes into effect today and as our theatres reopen, and is not some hollow or ill-considered threat. Incidentally, this policy is not aimed solely at Universal out of pique or to be punitive in any way, it also extends to any movie maker who unilaterally abandons current windowing practices absent good faith negotiations between us, so that they as distributor and we as exhibitor both benefit and neither are hurt from such changes”

As the studio and theater company continue to bicker about distribution, the COVID-19 pandemic continues to force theaters to remain closed and studios to shutter production, meaning further arguments about how to distribute the films that are already finished will likely be ongoing.

According to The Hollywood Reporter, the current hope is to have theaters open by mid-July.