Exclusion from government Covid-19 relief has left many reliant on private food donations, as fears raised over protection from transmission after lockdown 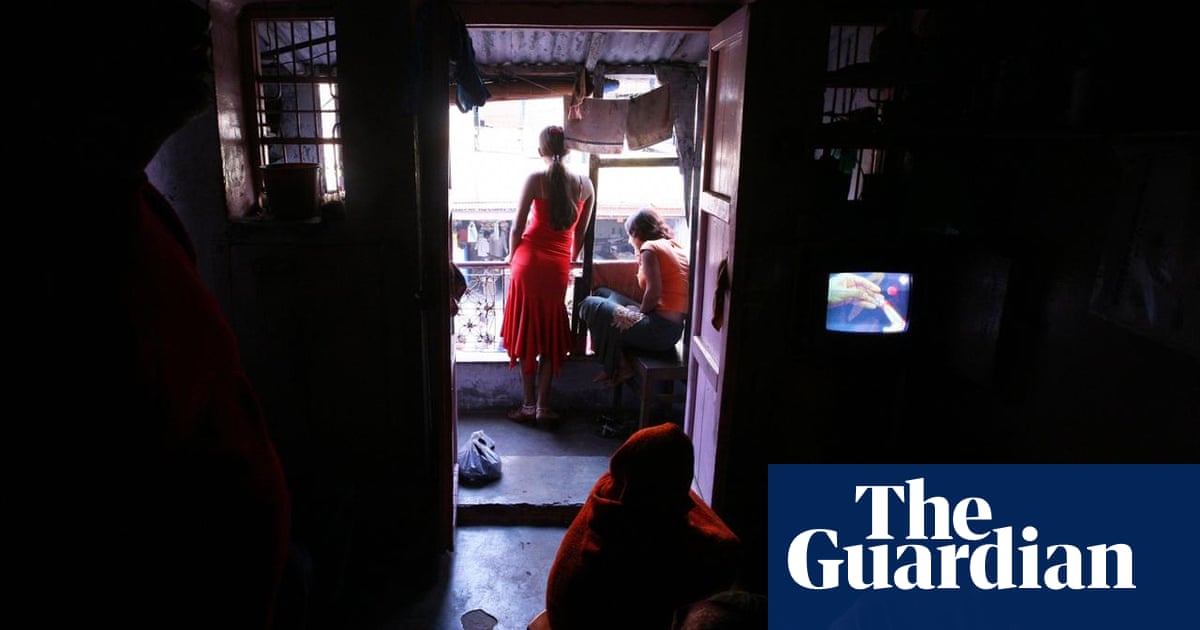 Rasheeda Bibi has five rupees to her name. A worker in Indias sex industry, she lives in the narrow lanes of Kolkatas Kalighat red light area with her three children in a room she rents for 620 rupees (6) a month.

As a thunderstorm rages through the city, Bibi worries about the leaky roof of her small room.

It is now a month since India went into total lockdown on 26 March to contain the spread of Covid-19. With no clients, Bibis savings have dwindled. She has no money left for food, or sanitary towels for herself and her daughters, let alone for fixing the roof.

As non-essential economic activity has ground to a halt, the lockdown has hit millions of people working in the informal sector. The government has announced relief schemes for the poor, but women working in the sex industry are outside their ambit. In India sex work is not illegal, but several supporting activities are; maintaining brothels and soliciting customers are criminal offences.

According to a survey by UNAids, in 2016 India had 657,800 sex workers, though the true number is likely to be much higher. Most of their clients earn daily wages and, as millions of people have become unemployed, this clientele has disappeared overnight.

Urmi Basu, the founder of New Light in Kolkata, which works with children of sex workers, worries about the long-term situation. Even when the lockdown lifts, if they start taking clients, there is no way of knowing whos carrying the virus. Unlike HIV/Aids, a condom cant protect them. How does one negotiate safety in this situation?

As part of the governments relief scheme for the poor, Indias prime minister Narendra Modi has announced a financial package that will deposit 500 rupees (5.30) monthly into the bank accounts of 200 million people. But those working in or trafficked into the sex industry many of whom lack government-approved documentation to access public distribution systems and relief schemes are not included.

Women like Bibi earn around 200-300 rupees (2) per client and see three or four clients a day. From their earnings, they pay rent, utility bills, and buy food and medicines, as well as pay for education and care for dependents. Then there is the commission for brothel keepers and pimps.

They have no food, they are starving. They live in tiny, windowless rooms with no fresh air. Many dont have access to running water; sometimes, the choice is between paying water bills or topping up phones, says Ruchira Gupta, founder of Apne Aap Women Worldwide, which works for the eradication of sex trafficking in India.

In cities like Delhi, Mumbai and Kolkata, brothels are located in jam-packed red light areas where social distancing is impossible. Delhis GB Road has more than 3,000 sex workers housed in 80 small brothels. Kolkatas Sonagachi, which is referred to as Asias largest red-light area, has between 8,00010,000 sex workers.

Hygiene is a challenge, with limited access to running water and as many as 20 people sharing one bathroom. Brothels rarely have kitchens and women buy food from vendors. For these women, the lockdown has meant the loss of their entire ecosystem rickshaw drivers, corner stores, and street carts.

Social workers say financial distress has increased instances of domestic violence and conflict. Priti Patkar, founder of Prerana, an anti-trafficking charity in Mumbai, believes this puts children at risk. When adults are in strife, they pass it on to children, she says.

As the uncertainty and fear of the pandemic grows, social workers anticipate a sharp spike in depression, anxiety, and perhaps, suicide.

With no government support, the onus to help the marginalised has fallen on the voluntary sector. Women working in the sex industry are now dependent on charities for their basic needs, including food and access to medication during the lockdown, especially antiretroviral therapy medications for treating HIV/Aids.

Gupta recalls a call from a 12-year-old child, the daughter of a sex worker, who said the family hadnt eaten for 10 days. This kind of distress call is common and similar calls are coming from all areas of the country, she says. The problem is the same: women have no money, they havent eaten for days and the police are forcing them to stay inside.

Sex workers dont feature anywhere as a marginalised group. The government doesnt want to accept that theres prostitution in the country. Its the elephant in the room, says Basu.

Social workers must contend not just with the logistics of reaching far-flung areas, but the risk of infection.

Patkar says: Summer is setting in; theres no income and sex workers are going into debt to survive. Even when we distribute groceries, I get calls saying they dont even have cooking fuel.

The women also risk getting trapped in an endless debt cycle with private money lenders. Interest rates run as high as 1225% per month, which may take years to repay, says Tejaswi Sevekari of Saheli Sangh, an NGO working with sex workers in Pune. Most sex workers lack bank accounts and invest savings in small gold ornaments to pawn during tough times.