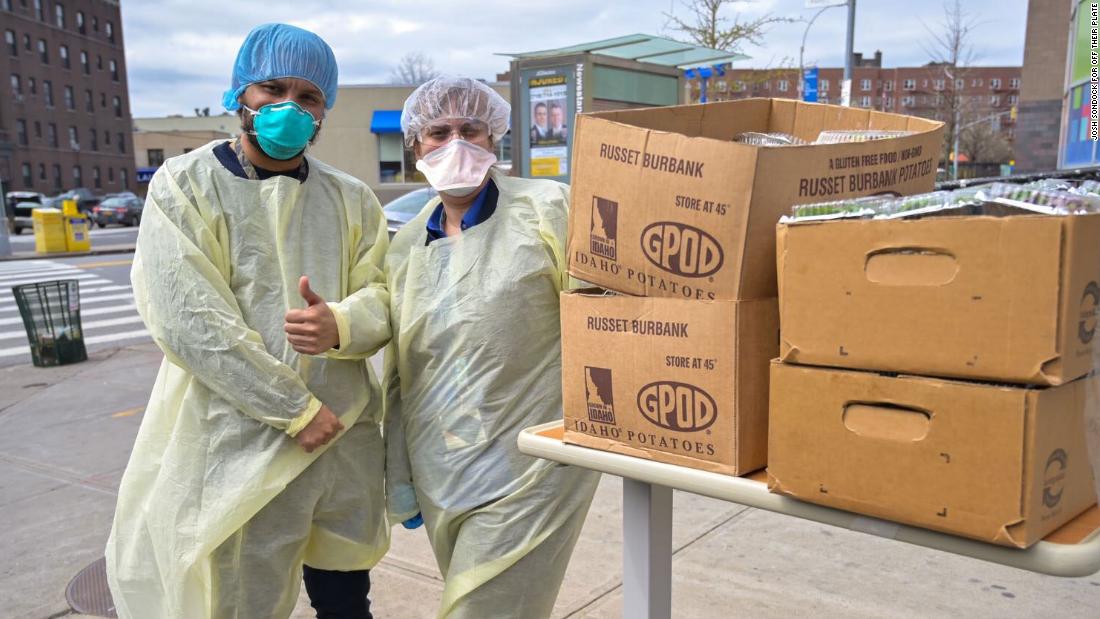 (CNN)The nurses at Boston’s Brigham and Women’s Hospital watched anxiously as their New York counterparts struggled with overwhelming torrents of patients. The Big Apple had just become the country’s epicenter for the coronavirus pandemic. 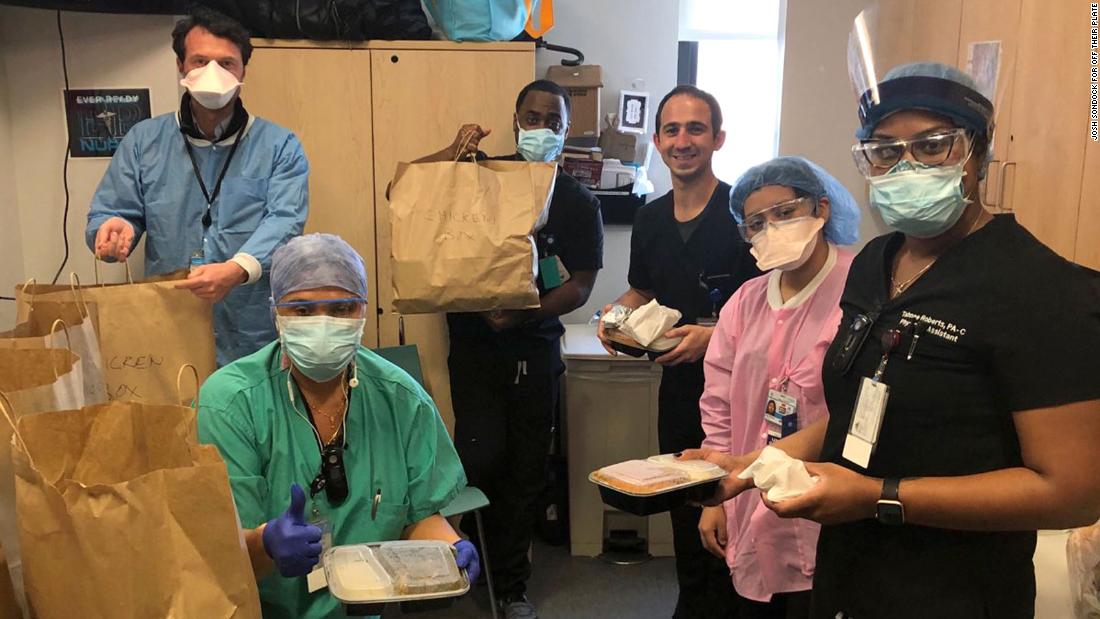 A few of MacGregor’s colleagues completed their residencies at those hospitals. For them, the kind act was personal. For everyone at Brigham and Women’s Hospital, it was a show of solidarity.
“We see what they are doing over there, and we are watching them,” MacGregor said of the New York health care teams. “And we are with them.”

It started with a group text

The idea to send food came as the Brigham health care workers were listening to a briefing by New York Gov. Andrew Cuomo’s and texting each other at the same time.
“I remember getting real emotional. He was talking about how the health care workers start their mornings, kiss their loved ones goodbye and go off to work these really long shifts, hoping that they wouldn’t get sick or hoping that they wouldn’t bring it back to their loved ones,” MacGregor shared. “And that felt a lot like what we are doing in Boston already, but not to that extent.”
As of April 7, Massachusetts had more than 18,000 cases of coronavirus across the state and more than 500 deaths from the illness.
New York had more than 170,000 cases and more than 7,000 deaths. 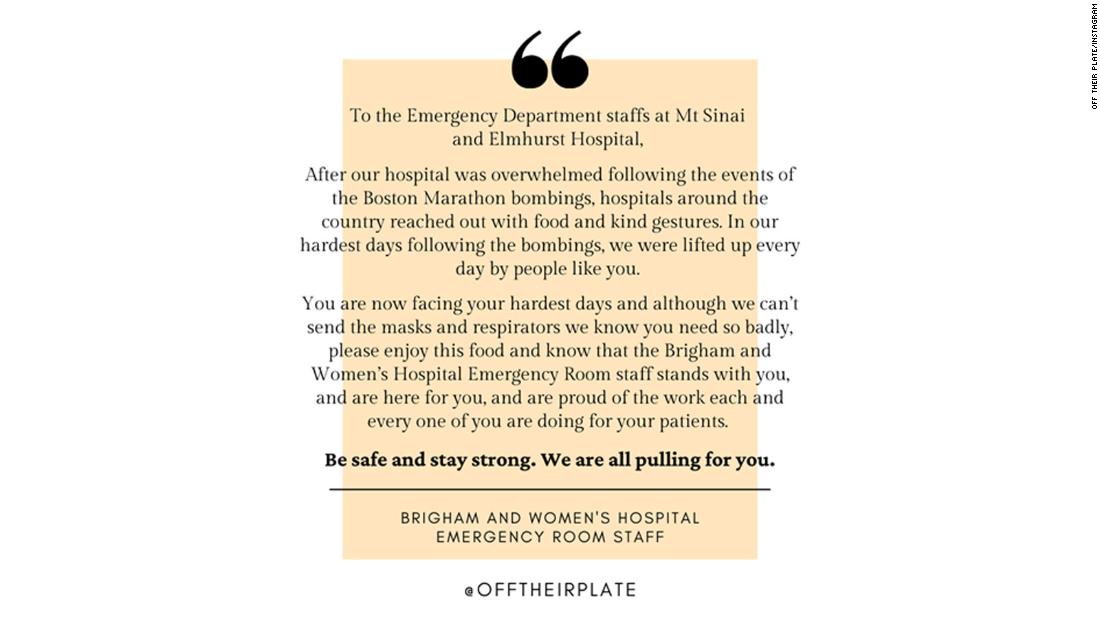 MacGregor started an email thread that included most of the departments at Brigham asking people to chip in.
“I sent it to the nursing staff, our business specialists, and our tech assistants.”
In the first two hours she’d gathered more than $500.
“And then, one of my assistant managers actually emailed me talking about Off Their Plate. They deliver individually packaged meals, which is obviously a good thing — versus sharing a box of pizza in the middle of a pandemic.” 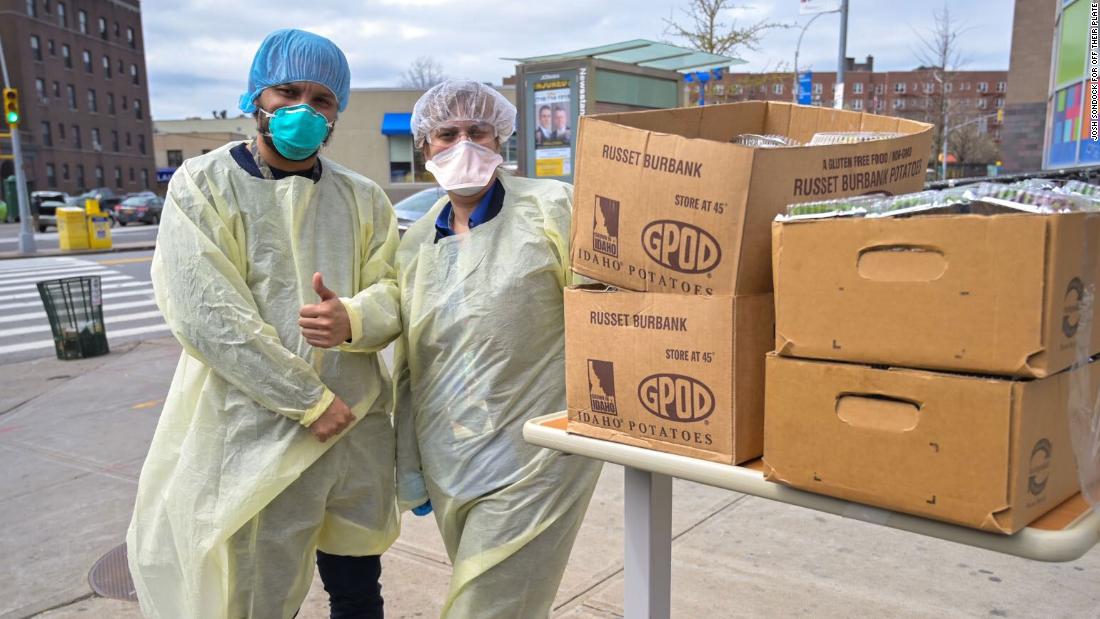 ‘Off Their Plate’ just what the doctor ordered

Off Their Plate was started by Natalie Guo after her medical school rotation in Boston was suspended due to coronavirus on March 13th.
“The next day I saw the headlines about 5 to 7 million restaurant workers being laid off. And I just thought people are going to be helpless during this time,” Guo told CNN.
So she put a plan into action, starting with raising money.
The organization’s restaurant partners receive 100% of donated funds to help prepare meals for health care workers on the front lines and provide wages to restaurant employees.
“Increasingly, hospital cafeterias are closing, or they don’t serve hot food. They just have cold cuts and sandwiches that you have to pay for. Or they (health care workers) just eat from vending machines. And that’s just not how things should be,” Guo said.
Off Their Plate has now served more than 60 hospital teams across the country. And Guo says these meals are special. 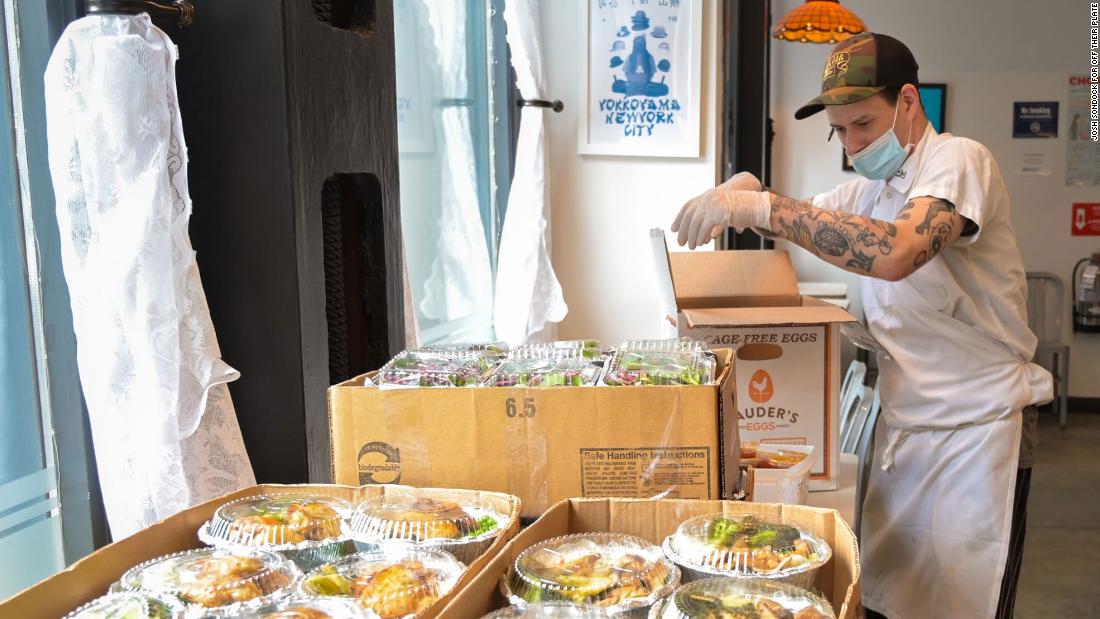 “When health care workers see it, they’re really excited about it and they feel like their community is thanking them and helping them through it,” she said
Through Off Their Plate’s website, people can purchase meals made in local restaurants and have them delivered to hospitals in San Francisco, Boston, Pittsburgh, Los Angeles and, of course New York — where health care workers enjoyed a much-deserved moment of love from their colleagues up in Boston.