Governors, officials and Democrats should start proposing concrete plans to deal with the crisis. Its time to build a parallel polis 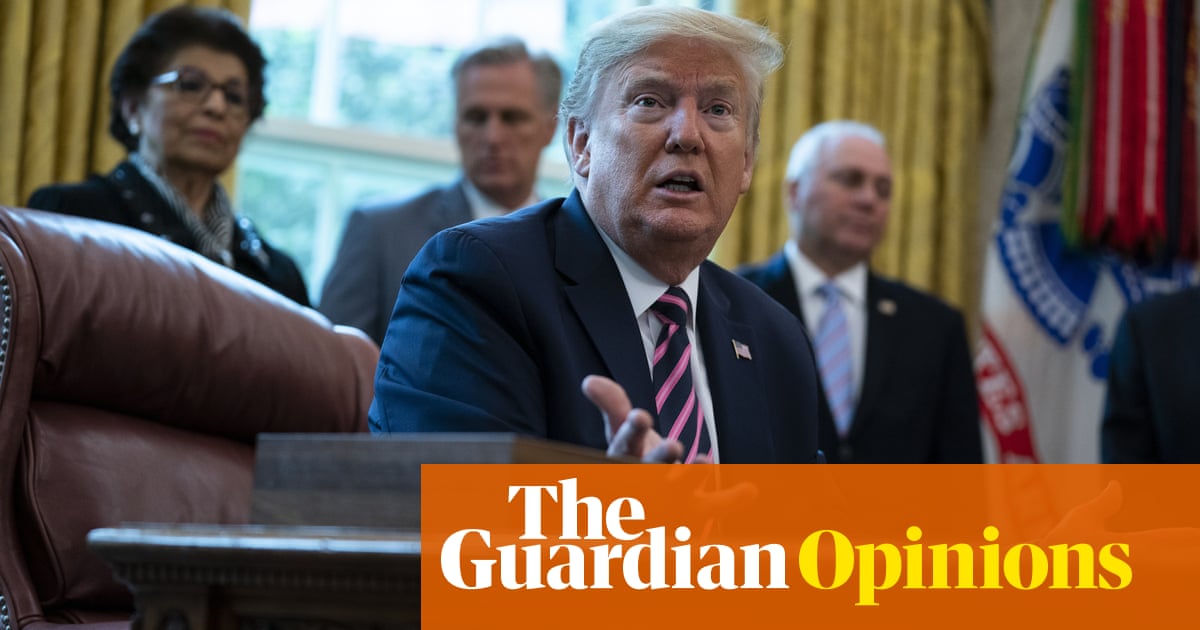 Can a man who is both head of state and chief executive somehow not be the center of attention during a national crisis? All eyes remain on Trump. Yet the president has effectively abdicated responsibility, nationally and internationally. He is just keeping up a nightly theater of leadership with an eye on the ratings, as opposed to the lived reality of millions of Americans for whom he cannot muster even a performance of empathy. It is time to focus elsewhere. And it is urgent for Democrats to provide actual guidance for a country in disarray.

Plenty of people (not least journalists) have for the longest time clung to the hope that somehow the reality TV star would become presidential. By contrast, Trumps detractors have been waiting desperately for some have you no sense of decency? moment something akin to the dramatic live-TV confrontation between lawyer Joseph Welch and Senator Joe McCarthy, which precipitated the downfall of the latter. Others are debating whether the networks and cable channels should carry Trumps daily briefings at all.

There is an important lesson to be learned here from a very different period in history. I mean the strategies adopted by the central European dissidents of the 1970s and 1980s (which is not to equate authoritarian state socialism with the US today). After the failure of many reform efforts, Adam Michnik and other intellectuals concluded that the oppressive regimes were never going to change. The dissidents stopped talking to state leaders and resolved instead to talk past them (as the historian Tony Judt put it), trying to reach as many citizens as possible in spite of restrictions on speech. They also started to create what Vclav Benda called a parallel polis a world in which one tried to act as if one was already free. These civil society initiatives undermined the regimes without ever confronting them head-on.

What is the lesson? There is no point talking to Trump, because he will not change; every seemingly sober presidential moment cheered by centrist observers is followed by 10 puerile performances of ranting and raving. There will never be a Gotcha moment, because Trumps base is apparently committed to him no matter what; even his diehard fans most basic interests such as not dying (never mind their economic interests) will apparently not detract from their identification with a figure who, if nothing else, looks like a trustworthy general in the culture war.

It is possible, to pick up an idea from the media critic Jay Rosen, to decenter Trump. True, he is the president, but he has basically informed the country that he is abdicating responsibility for the Covid-19 crisis and turning to polit-entertainment. The governors are supposed to call the shots. The rest of the world already got the message that the United States is no longer interested in cooperating to address global challenges.

Concretely, this means the Democrats should start doing nightly briefings and propose plans (wasnt there once someone in the primaries who was particularly good at drawing up plans?); governors could turn the fact that Trump has authorized them to do what they want into a mandate for building a parallel polis with better policies, some of which could eventually be scaled up nationally. The fact that some do not have the resources, because Mitch McConnell would rather have blue states go bankrupt than save lives, should be exposed as further proof that the Republicans have comprehensively turned into the party of cruelty.

To provide alternative leadership and real facts, as opposed to Trumps mostly alternative facts is not the same as disputing the legitimacy of the president. When AndrsManuel Lpez Obrador contested the outcome of the 2006 election in Mexico (which he narrowly lost), he declared himself the legitimate president of Mexico and had his followers camp out to protest in the middle of Mexico City. And in the weeks after the shock of November 2016, plenty of Americans declared Trump not my president. That is a dangerous move, and mirrors Republicans who already in the 1990s referred to Bill Clinton as your president, denying the legitimacy of their political adversaries. Trump, alas, is our president hes just not acting like it.

Democrats may worry that assertively providing alternative leadership is seen as divisive or as politicizing the crisis. But like it or not, we are already in the campaign; Trump is being as divisive as ever; and, most important, an opposition ready to provide comprehensive alternatives is the heart of representative democracy. This is more obvious in parliamentary systems; think of how the leader of the opposition in the House of Commons is supposed to rise immediately after the prime minister and start rebutting.

Some commentators have suggested Joe Biden put together a shadow cabinet, following the UK example. Others have argued that Democrats should not have one spokesperson going up parallel to Trump, but instead feature a revolving set of politicians both charismatic and competent (Alexandria Ocasio-Cortez would be a natural choice). What is most important is creating a sense that the opposition, in a time of crisis, is both criticizing the administration and offering something constructive.

It is true that elections are today often decided more by negative identity than by positive visions; citizens vote less for something, than against someone. Many Americans have made up their mind about Trump by now; those who havent are more likely to be impressed by his Kabuki shows of leadership and get the feeling that nobody else has a plan. It is this fatal sense that must be countered.