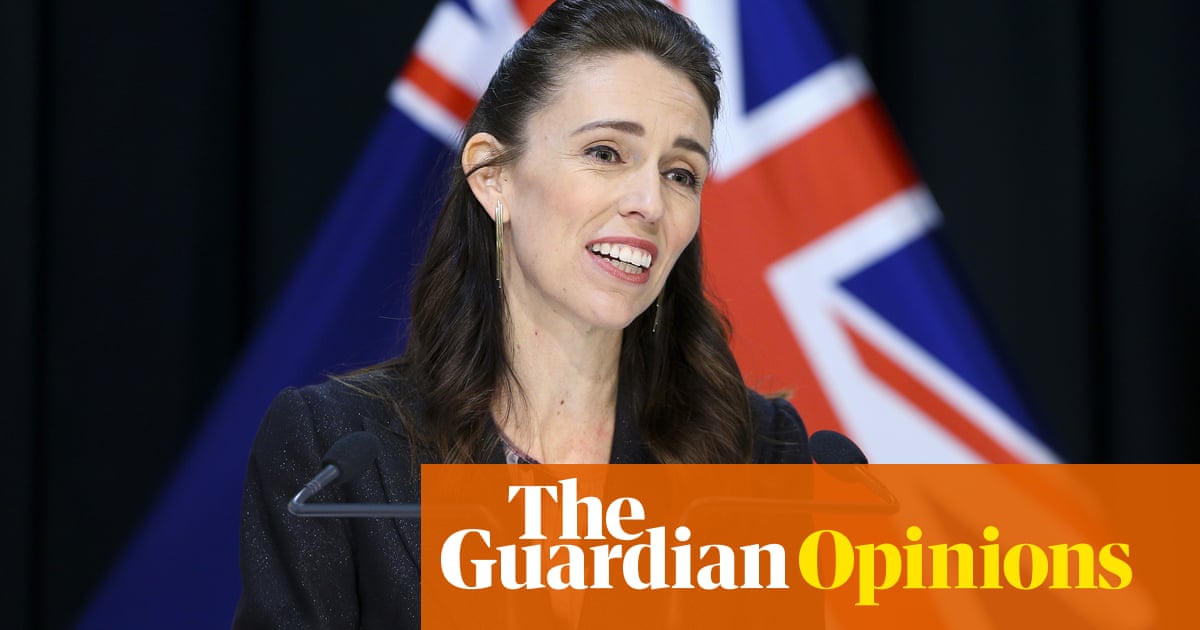 Sign up for the Week in Patriarchy, a newsletter on feminism and sexism sent every Saturday.

What do Germany, Taiwan and New Zealand have in common?

Well, theyve all got female leaders and theyre all doing an exceptional job in their response to the coronavirus crisis.

Tsai Ing-Wen, a former law professor, became the first female president of Taiwan in 2016 the same year America got its first reality TV president. Tsai has spearheaded a swift and successful defence to the pandemic; despite Taiwans proximity to mainland China it has largely contained the virus and has just under 400 confirmed cases. It is so well prepared that it is donating 10m masks to the US and 11 European countries.

New Zealand, led by Jacinda Ardern, is also a world leader in combating the virus. The country has had only one Covid-19 death so far. Thats partly due to geography and size: with under 5 million people, New Zealands entire population is much smaller than New Yorks. Being an island state also gives it a distinct advantage. However, leadership is also a factor. New Zealand has implemented widespread testing and Ardern has responded to the crisis with clarity and compassion.

Germany has been hit hard by coronavirus, but it has an exceptionally low mortality rate of around 1.6%. (Italys fatality rate is 12%; Spain, France and Britains is 10%; Chinas is 4%; Americas is 3%.) A number of factors feed into Germanys low death rates, including early and widespread testing and a large number of intensive care beds. Again, however, the countrys leadership plays a role. As one wag on Twitter joked: if youre asking why death rates are so low in Germany and so high in America, its because their president used to be a quantum chemist and your president used to be a reality television host. Angela Merkel, who has a doctorate in quantum chemistry, is actually the chancellor not the president, but the sentiment still holds.

Denmark (led by prime minister Mette Frederiksen) and Finland (prime minister Sanna Marin is the head of a coalition whose four other parties are all led by women) are also doing noteworthy jobs in containing coronavirus.

What is true, however, is that women generally have to be better in order to become leaders; we are held to far higher standards than men. Women are rarely able to fail up in the way men can; you have to be twice as good as a man in order to be taken half as seriously. You have to work twice as hard. With a few notable exceptions (*cough* Ivanka Trump *cough*), youve got to be overqualified for a top job.

A surplus of qualifications isnt exactly a problem Donald Trump has. Americas response to the coronavirus crisis is arguably the worst in the world although Britain also gets an honourable mention here. Instead of expertise, the Trump administration has led with ego. While thousands of Americans die, Trump tweets about his TV ratings. Instead of cooperating, Trump is lashing out at the press and state leaders. Its hard to imagine Hillary Clinton responding to a crisis in this way without being immediately impeached. Which raises the question: are some men simply too emotional to be leaders?

Theres been a huge spike in domestic violence around the world because of the Covid-19 lockdown. With help harder to access, people are finding creative workarounds. A new initiative in France encourages people experiencing abuse to say a codeword (mask19) to a pharmacist at a drugstore to get help. In the UK the Silent Solution system allows victims to alert police without saying anything; you dial 999 operators and then press 55.

While some celebrities are responding to the crisis with cringey renditions of Imagine, Rihanna has opened her wallet to help the most vulnerable. Last month she worked with Jay-Zs foundation to donate $2m to support undocumented workers, prisoners, homeless people, the elderly and children of frontline health workers in Los Angeles and New York.

The coronavirus crisis has shuttered most fertility clinics, leading to heartache and uncertainty for people needing help to conceive. Im numb at this point, one woman told CBS News. Its the norm with IVF that theres ups and downs, but you never get used to the phone call that says you cant move on. There have been a lot of jokes about a quarantine baby boom, but for some people an extended lockdown may mean theyll never be able to conceive.

Kayleigh McEnany is Trumps fourth spokesperson and replaces Stephanie Grisham, who did not hold a single press conference during her time on the job. As you would expect from a mouthpiece for Trump, McEnany has a history of spouting racist lies. She has embraced birtherism and once tweeted: How I Met Your Brother — Never mind, forgot hes still in that hut in Kenya. #ObamaTVShows.

Kasoku, a Japanese version of Airbnb, has found a new revenue stream during the Covid-19 crisis: avoiding-divorces-as-a-service. The startup is offering accommodation for frustrated husbands or wives sick of being at home with their spouses. Your fully furnished unit comes with a 30-minute divorce consultation.

I will never jeopardize the beans

Its probably fake, nevertheless this quarrel over quarantine beans had the internet making a lot of noise this week. On that note: have a good weekend.