It will be the first multi-state US strike focused on sexual harassment, which is exceptionally rife in the restaurant industry 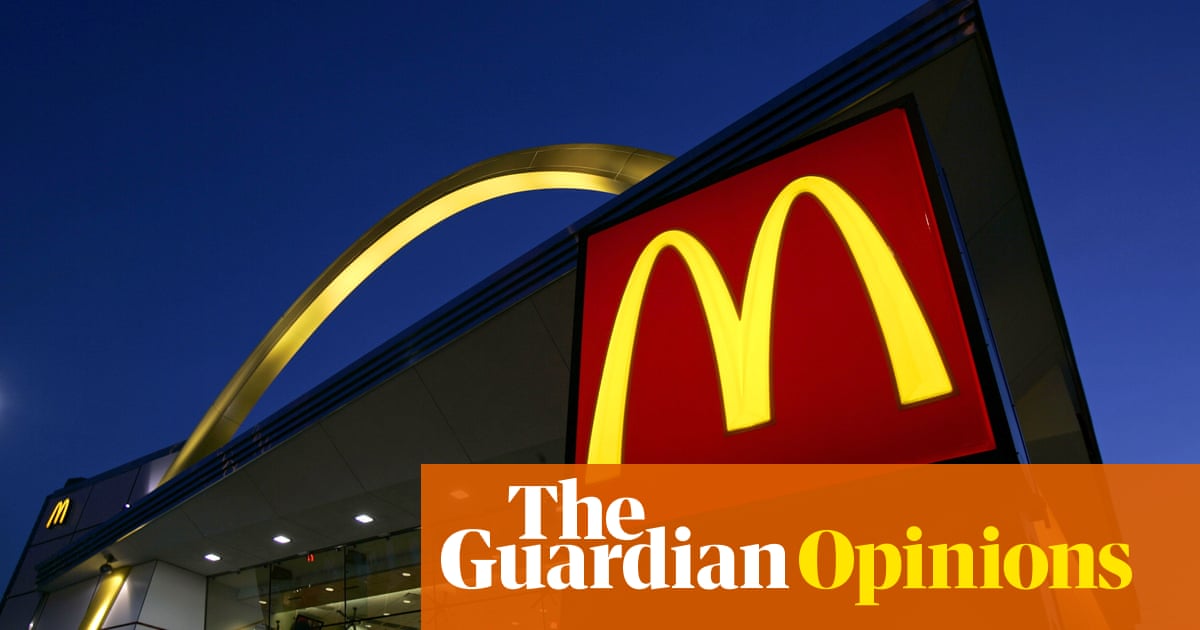 The Week in Patriarchy is a weekly roundup of whats happening in the world of feminism and sexism. If youre not already receiving it by email, make sure to subscribe.

Would you like fries and a side of feminist protest with that?

McDonalds workers across the country have voted to stage a one-day strike next week, protesting on-the-job sexual harassment. The strike, organized by womens committees at dozens of McDonalds restaurants, will start at lunchtime on 18 September, and take place across 10 cities. Its not clear how many people will take part, but organizers note that hundreds of people have been involved in planning the walkout.

The McDonalds strike is not just brave, it will be historic. According to the organizers it will be the first multi-state strike in America focused on sexual harassment.

Sexual harassment, it should be noted, is exceptionally rife in the restaurant industry, where workers often rely on tips rather than a living wage. A 2014 report from Restaurant Opportunities Center United found 90% of female employees and 70% of male employees have experienced some form of sexual harassment. The report also found that the restaurant industry is the single-largest source of sexual harassment charges filed by women with the Equal Employment Opportunity Commission (EEOC). Several of the organizers of the McDonalds strike are women who have filed complaints about pervasive harassment at McDonalds franchises with the EEOC. They say that McDonalds has done nothing to address their complaints, and are demanding the company enforce policies to create a safer workplace.

We should all be behind the brave people striking next week, and I really hope the walkout gets the attention it deserves. Ever since it went mainstream, almost a year ago, #MeToo has (justifiably) been criticized of being co-opted by the stories of wealthy white women. Meanwhile, it is low-wage workers in the service industries, who are particularly vulnerable to sexual abuse. The media just doesnt focus on their stories as much unless, of course, a celebrity chef is involved.

Womens hands are, on average, an inch shorter and almost half an inch less wide than male hands. Youd think that might be something phone companies took into account when designing their products. Not Apple, apparently. This week saw backlash over their decision to discontinue its 4in iPhone SE, while introducing a 6.5in screen iPhone XS Max. As many women pointed out the move to bigger screens isnt necessarily better if youve got smaller hands.

While Apple, the worlds first trillion-dollar company, is hailed as innovative, it always seems forget women when it comes to its design decisions. Last year the company was criticized when it was revealed its new $5bn HQ which featured a two-story yoga room, 9,000 drought-tolerant trees, but no daycare center. And Apple famously overlooked period tracking when it first launched its health kit. I thought they were all supposed to be geniuses over there? Is taking into account 50% of the population really that hard?

Having kids means you cant wear heels and lipsticks

According to Britains National Health Service, anyway. The NHS has been criticized for an advert about emergency contraceptive that seemed to suggest pregnancy removed a womans right to wear shoes. The poster had a picture of a high heel and lipstick next to a pink dummy, with text that read: Would you give up this for this? Can someone please point me to the law that says you have to?

Keep an eye on the Violence Against Women Act

The landmark law, which governs investigations and prosecutions of violent crimes against women, will expire at the end of this month unless Congress steps in. Congress doesnt seem to be very eager to step in. Read more about in this Los Angeles Times overview.

Mary Halseys karaoke cover of Missy Elliotts Work It recently went viral, and Missy hailed Halsey as her funky white sister. Ellen DeGeneres recently had them both on the show rapping Work It together and, I promise you, it will give you a mood boost.