The financial crisis of 2008 failed to provoke a fundamental shift in global capitalism. Will this moment be different? asks political economist William Davies 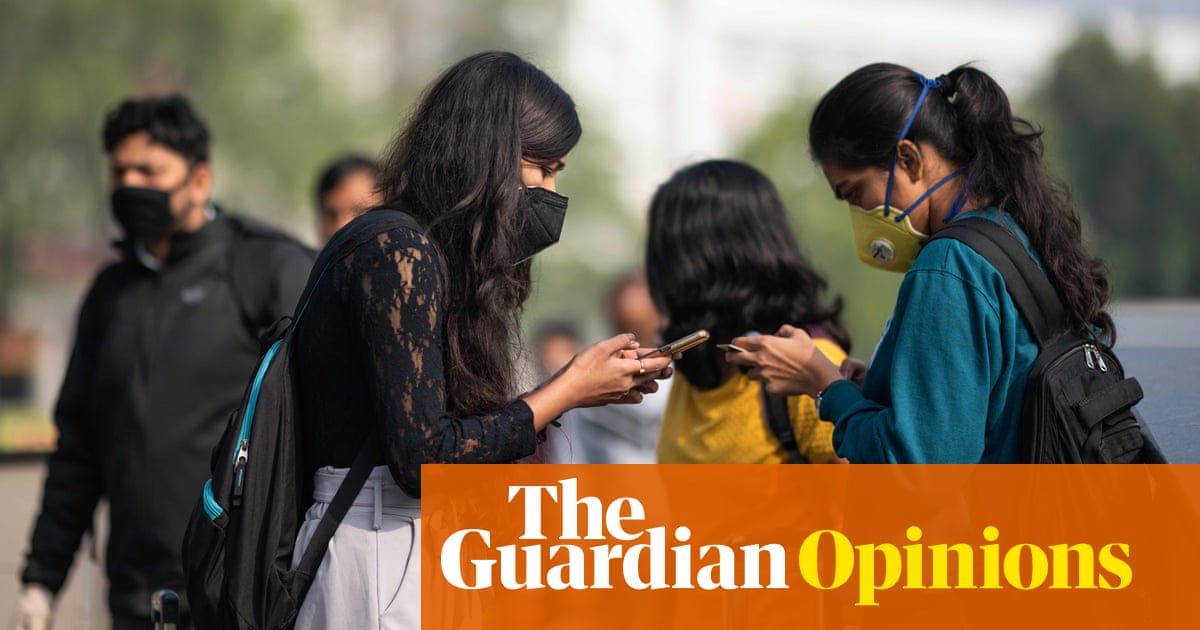 The term crisis derives from the Greek krisis, meaning decision or judgment. From this, we also get terms such as critic (someone who judges) and critical condition (a medical state that could go either way). A crisis can conclude well or badly, but the point is that its outcome is fundamentally uncertain. To experience a crisis is to inhabit a world that is temporarily up for grabs.

The severity of our current crisis is indicated by the extreme uncertainty as to how or when it will end. The modellers at Imperial College whose calculations have belatedly shifted the governments comparatively relaxed approach to coronavirus suggest that our only guaranteed exit route from enforced social distancing is a vaccine, which may not be widely available until the summer of next year. It is hard to imagine a set of policies that could successfully navigate such a lengthy hiatus, and it would be harder still to implement them.

It is now inevitable that we will experience deep global recession, a breakdown of labour markets and the evaporation of consumer spending. The terror that drove government action in the autumn of 2008 was that money would stop coming out of the cash machines, unless the banking system was propped up. It turns out that if people stop coming out of their homes, then the circulation of money grinds to a halt as well. Small businesses are shedding employees at a frightening speed, while Amazon has advertised for an additional 100,000 workers in the US. (One of the few, and far from welcome, continuities from the world were leaving behind is the relentless growth of the platform giants.)

The decade that shapes our contemporary imagination of crises is the 1970s, which exemplified the way a historic rupture can set an economy and a society on a new path. This period marked the collapse of the postwar system of fixed exchange rates, capital controls and wage policies, which were perceived to have led to uncontrollable inflation. It also created the conditions in which the new right of Margaret Thatcher and Ronald Reagan could ride to the rescue, offering a novel medicine of tax cuts, interest rate hikes and attacks on organised labour.

The 1970s inspired a vision of crisis as a wide-ranging shift in ideology, which has retained its hold over much of the left ever since. The crisis involved a contradiction that was largely internal to the Keynesian model of capitalism (wages were being pushed up faster than productivity growth, and destroying profits), and an overhaul in the dominant style of business: out with rigid heavy manufacturing, in with flexible production that could respond more nimbly to consumer tastes.

There was also an important spatial dimension to the 1970s crisis. Capital abandoned its iconic industrial strongholds in northern England and the American midwest, and (with help from the state) headed towards the financial and business districts of slick global cities, such as London and New York.

For over 40 years after Thatcher first took office, many people on the left have waited impatiently for a successor to the 1970s, in the hope that a similar ideological transition might occur in reverse. But despite considerable upheaval and social pain, the global financial crisis of 2008failed to provoke a fundamental shift in policy orthodoxy. In fact, after the initial burst of public spending that rescued the banks, the free-market Thatcherite worldview became even more dominant in Britain and the eurozone. The political upheavals of 2016 took aim at the status quo, but with little sense of a coherent alternative to it. But both these crises now appear as mere forerunners to the big one that emerged in Wuhan at the close of last year.

We can already identify a few ways that 2020 and its aftermath will differ from the crisis of the 1970s. First, while its transmission has followed the flightpaths of global capitalism business travel, tourism, trade its root cause is external to the economy. The degree of devastation it will spread is due to very basic features of global capitalism that almost no economist questions high levels of international connectivity and the reliance of most people on the labour market. These are not features of a particular economic policy paradigm, in the way that fixed exchange rates and collective bargaining were fundamental to Keynesianism. They are features of capitalism as such.

Second, the spatial aspect of this crisis is unlike a typical crisis of capitalism. Save for whichever bunkers and islands the super-rich are hiding in, this pandemic does not discriminate on the basis of economic geography. It may end up devaluing urban centres, as it becomes clear how much knowledge-based work can be done online after all. But while the virus has arrived at different times in different places, a striking feature of the last few weeks has been the universality of human behaviours, concerns and fears.

In fact, the spread of smartphones and the internet has generated a new global public of a sort we have never witnessed before. Events such as September 11 provided a glimpse of this, with Nokias around the world vibrating with instructions to get to a television immediately. But coronavirus is not a spectacle happening somewhere else: its going on outside your window, right now, and in that sense it meshes perfectly with the age of ubiquitous social media, where every experience is captured and shared.

The intensity of this common experience is one grim reason that the present crisis feels closer to a war than a recession. In the end, government policymakers will ultimately be judged in terms of how many thousands of people die. Before that reckoning is reached, there will be horrifying glimpses beneath the surface of modern civilisation, as health services are overwhelmed and saveable lives go unsaved. The immediacy of this visceral, mortal threat makes this moment feel less like 2008 or the 1970s and more like the other iconic crisis in our collective imagination 1945. Matters of life and death occasion more drastic shifts in policy than economic indicators ever can, as witnessed in Rishi Sunaks astonishing announcement that the government would cover up to 80% of the salaries of workers if companies kept them on their payroll. Such unthinkable measures are suddenly possible and that sense of possibility may not be easily foreclosed again.

Rather than view this as a crisis of capitalism, it might better be understood as the sort of world-making event that allows for new economic and intellectual beginnings.

In 1755, most of Lisbon was destroyed by an earthquake and tsunami, killing as many as 75,000 people. Its economy was devastated, but it was rebuilt along different lines that nurtured its own producers. Thanks to reduced reliance on British exports, Lisbons economy was ultimately revitalised.

But the earthquake also exerted a profound philosophical influence, especially on Voltaire and Immanuel Kant. The latter devoured information on the topic that was circulating around the nascent international news media, producing early seismological theories about what had occurred. Foreshadowing the French revolution, this was an event that was perceived to have implications for all humanity; destruction on such a scale shook theological assumptions, heightening the authority of scientific thinking. If God had any plan for the human species, Kant concluded in his later work, it was for us to acquire individual and collective autonomy, via a universal civic society based around the exercise of secular reason.

It will take years or decades for the significance of 2020 to be fully understood. But we can be sure that, as an authentically global crisis, it is also a global turning point. There is a great deal of emotional, physical and financial pain in the immediate future. But a crisis of this scale will never be truly resolved until many of the fundamentals of our social and economic life have been remade.

William Davies is a sociologist and political economist. His latest book is Nervous States: How Feeling Took Over the World