As our nostalgic memories of work, friendship and parties take on the same pastel glow of the TV show, its world feels less delusional and more optimistic 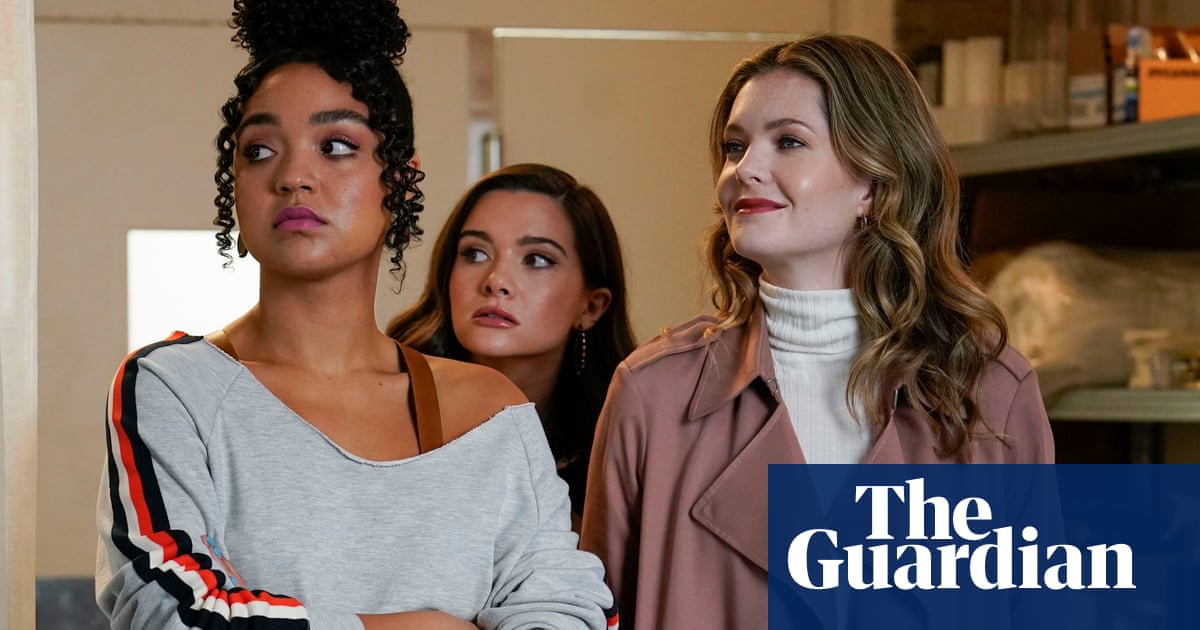 Six weeks ago, I probably wouldnt have written an article urging you to watchThe Bold Type. Not because I wasnt a rabid consumer of the show, but because for the first three-and-a-half seasons the show seemed a bit niche, occupying a wonky place in the hearts of people who, like me, work in the media.

Each week I faithfully tuned in to follow the exploits of Jane (Katie Stevens), Kat (Aisha Dee), and Sutton (Meghann Fahy), three female friends in their 20s navigating the turbulent world of publishing at a womens magazine, Scarlet.

Like Sex and the City and post-revival Gilmore Girls, watching, roasting and generally eye-rolling over the The Bold Typehas become a syrupy blood sport for overworked millennial journalists. The show exists in a parallel universe where writers have weeks to file stories; where executives defend print publications; where pivoting to digital leaves people with more money; and where exclusively writing laborious first-person thinkpieces splays the New York publishing establishment at your feet.

Id say drink whenever anyone calls a website the dot com, but no one in digital media could afford that much wine.

Thats not to suggest its not charming. With much of the plot focused on female friendships, identity and ambition, it doesnt so much pass the Bechdel test than cartwheels over it in a statement shoe. Its tendency to make every week a very special episode could be cloying if it wasnt so committed to sandwiching conversations about class, womens health, immigration, queer identities and even (somewhat infamously) gun ownership in with the usual popcorn chaos. Even without the moral core, its aggressive celebration of the female gaze is enough to earn a loyal following. Almost every male character could be played by an expensive mop wearing a fedora; and theyre all cosmically attracted to the main characters for their brains and ambition.

But across the final episodes of season four, which arrived on Stan in March as the rest of the planet became unrecognisable, the show took on new delights. Watching The Bold Type was always an escape: a chance to slip into a fantasy world thats probably never existed in any real time or place. As someone who, in theory, shares jobs and experiences with the characters, it can feel like viewing your own life through an Instagram filter.

Before, it was often frustrating to see your reality romanticised and warped. But as that reality recedes into the past, it has become comforting to revisit some version of it. Once, the lives of Jane, Kat, and Sutton felt inexplicably removed from my own. But now as I miss my friends, going out, getting dressed and thinking about the future beyond where to buy hand sanitiser, Ive begun to wonder if The Bold Types candy-coloured dream was so far off after all?

My memories are taking on the same pastel highlights of the show, leading the plot to feel increasingly less delusional and more optimistic. Ive stopped playing bingo with the professional inaccuracies and allowed myself to be drawn in by what I miss and treasure: work that feels meaningful, a life in motion, loved ones less than an arms length away. Maybe my life was that glittering?

The Bold Type is an open-hearted wish for how womens lives could be. And as time goes on that feels less like a misrepresentation, and more like a celebration of a world well hopefully return to soon.

Every season of The Bold Type is available on Stan