The activist who confronted the Good Morning Britain presenter talks about her fears over Brexit, the future of communism in Britain and her passion for Spurs 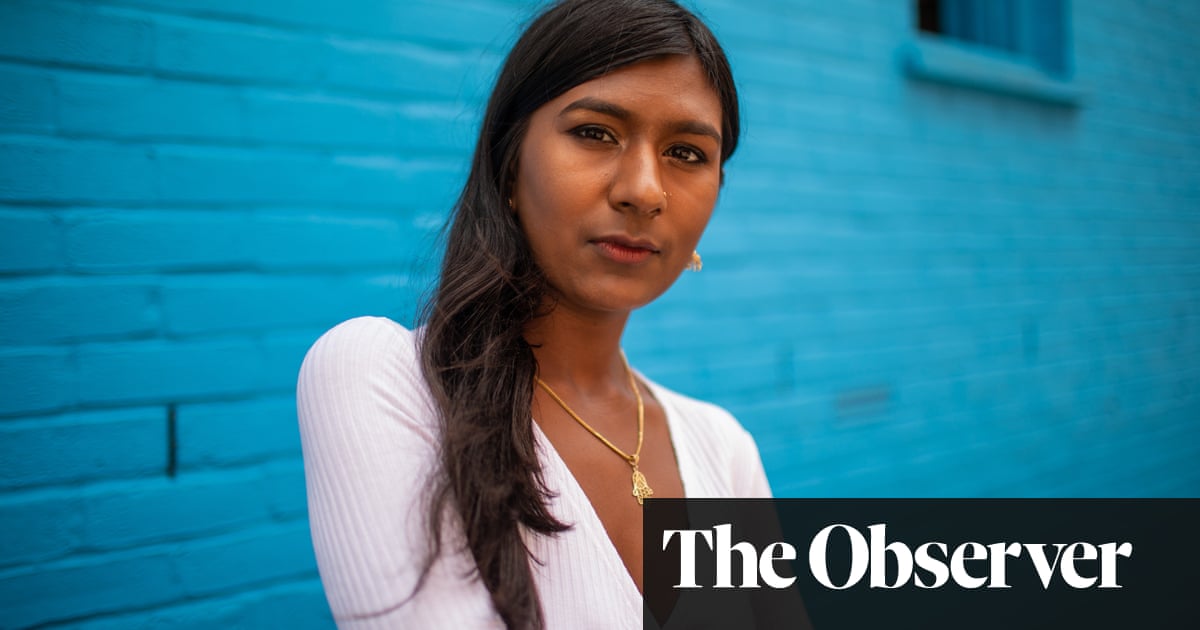 How is your newfound fame?
Surreal. Im punch-drunk but still alive. Before, Id maybe get recognised a couple of times per week; now its most places I go. What if Im really hungover and gross one day? Or having a PMS cry on the bus? But everyones unerringly lovely and just wants to chat about politics, which is encouraging. It shows theres a real desire for engagement and conversation that doesnt treat people like theyre stupid.

Do you think theres a trend towards shouty, adversarial media?
Yes, although theres a huge contrast between Newsnight, where you can make a point clearly, and Good Morning Britain, where youre entering a bear pit to get savaged. Piers Morgan and the production team have tacked quite hard towards the alt-right. A leftwing Muslim woman is like throwing chum to them.

How did you feel when Piers Morgan kept talking over you?
He kept trying to pin me down on Obamas presidency, even though Id come on to talk about Trump, with the presumption that I was a diehard Democrat. Thats when I lost my temper. I hadnt planned to call him an idiot or go in hard about his journalistic record. I was just frustrated with being barracked for something Im not.

Is his co-anchor, Susanna Reid, complicit?
Ive always found her very fair. The following day, you could see her trying to take the fight to Steve Bannon in the face of his [Morgans] fawning and flattery. She clearly understands how to play the foil, but shes a respected reporter. There will come a point where shell ask herself if this is the kind of journalism she really wants to do. Has she worked hard her whole career to play this Mr & Mrs game? Or does she want to strike out on her own and show the full scale of what she can do? I hope its the latter.

Did Morgan boost your cause?
Hes accidentally rehabilitated communism. Comrade Morgan, the Peoples Commissar For the Execution of Revolutionary Justice. I just wanted to discuss Trumps despicable politics and the importance of rejecting bigotry. I didnt realise that the next day Id be doing an interview with Teen Vogue about Karl Marxs Grundrisse [laughs]. Lots of us have been plugging away, building a platform to talk about libertarian communism and post-scarcity economics. I never expected it to have a cultural moment like this.

Have you had more TV offers?
Celebrity Big Brother asked me to go on. I said, Listen, there are much easier ways to see me get drunk, alienate people and have an ill-advised dry hump. Just find me on a Saturday night out. I could become a tap-dancing poodle in the culture wars, but is that going to get more people participating in politics or just make me a discourse clown?

Do you feel you should capitalise on your higher profile?
Its not about personally profiting; I want people to support the media organisation I work for. Since Good Morning Britain, Ive had lots of emails from weird men asking if I can fin-dom them financially dominate them by spending all their money. Its unsettling, so Ive been replying with the link to our donations page. Were selling Im literally a communist T-shirts to help keep the studio running.

It was also on placards at the Stop Trump march. How was that?
I bumped into some of them. This is what people have been missing: politics shouldnt be about the dour cultishness and pomposity that dominated the left for decades it should be joyful and exuberant.

Your Twitter bio uses the phrases anarcho-fabulous and luxury communism. Can you explain?
Its partly poking fun at how people accrue adjectives and put them in their bios as if theyre a meaningful badge. But also, my communism isnt about authoritarian bureaucracy, suppressing freedom or everyone wearing burlap sacks. Its about the desire to see the coercive structures of state dismantled, while also having fun. Its not about driving everybody down to the same level of abjection, but making aesthetic pleasures and luxuries available to all.

How do you envisage communism working in 21st-century Britain?
As a long-termist, I acknowledge there are more pressing causes than the abolition of private property. This is why Im a Corbyn supporter. We have the opportunity for a socialism that says austerity is a deliberate political choice. We can more equitably distribute wealth through taxation. We can borrow to invest in housing, railways and healthcare, making them publicly owned and managed assets. Thats what weve got room for in this country right now. Communist vision can help guide that and give people a say in every decision that affects their lives.

Is it possible to support Corbyn but still feel betrayed by him over Brexit?
I voted Remain but the cost of losing twice would be catastrophic. It would make life difficult for people of colour or anyone perceived as an immigrant. If you want any hope of staying in the EU, or having a Brexit that doesnt mean capitulation to ethno-nationalism, youve got to tie it to a wider vision of political and economic transformation. Which, at this point, means backing Corbyn.

Youre a big football fan, right?
Huge. Im a diehard Spurs supporter who gets her heart broken again and again. I love terrace culture, the flow of the game and those moments of beauty like Zidanes volley where you just think: That is God speaking through you, my son. I became obsessed with Jordan Pickford during the World Cup. Mainly how he looked like Thomas Turgoose from This Is England.

Is it true youve never knowingly kissed a Tory?
Absolutely. I make it my business to check. I give them a reading list before a first date, then maybe we can go to Wetherspoons.

What will you say next time you get the call from Good Morning Britain?
New phone, who dis?