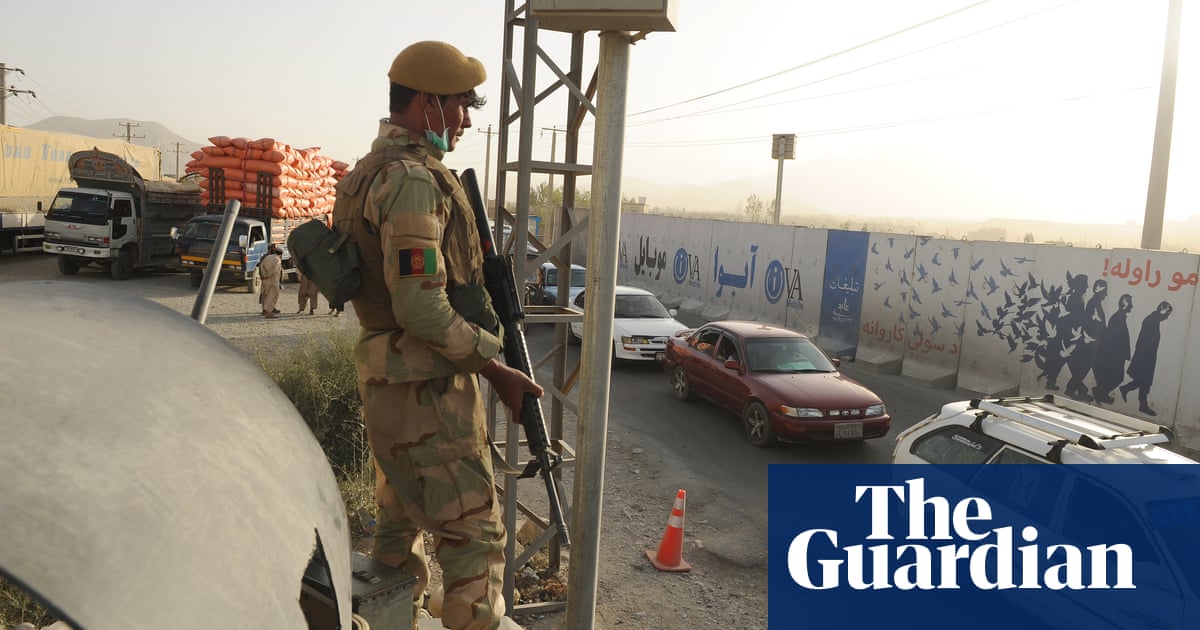 Fresh hope has been injected into the Afghan peace process after Taliban officials said groundbreaking preliminary talks with the US last month were very helpful and that another round will take place in Doha in September.

Four Taliban members met Alice Wells, a senior US state department official, at a hotel in the Qatari capital on 23 July for the first face-to-face talks in seven years.

The diplomacy follows the White Houses decision to drop its opposition to bilateral talks with the Islamist insurgency it has failed to uproot in 17 years of war.

On Sunday fighting continued for the third consecutive day between the Taliban and Afghan security forces in the eastern city of Ghazni.

The US previously said it would sit on the sidelines of an Afghan-led, Afghan-owned peace process. The Trump administration changed tack, however, in recognition of the Talibans refusal to enter negotiations with the Afghan government without first discussing the removal of foreign troops in the US.

The first round of basic contacts were very helpful, a senior member of the Talibans Quetta Shura told the Guardian. They requested anonymity as only the movements spokesperson is authorised to speak in public.

The next round will be more specific and focused on key issues, the Quetta Shura member said. They added that after the agenda-setting talks, the insurgency will eventually sit down with Afghan leaders. In February, President Ashraf Ghani offered the Taliban wide-ranging incentives for a peace deal, including political recognition and a constitutional review.

Once the breakthrough is started it will be stunning for all, said the Quetta Shura member.

A sense of cautious optimism has spread through Washington after the unprecedented ceasefire during the Eid holiday in June, during which 20,000 unarmed Taliban fighters flooded city centres, posting selfies and dancing with soldiers and civilians.

According to US website the Daily Beast, the Taliban negotiators have shown willingness to compromise on the longstanding demand to evict all foreign troops before any negotiations with the Afghan government. The report claimed that the Taliban could even countenance a remaining US force in the country so long as it was involved in the political process that reached such an agreement.

Christopher Kolenda, an Afghanistan veteran who was present for the talks, told the Daily Beast: I was struck by what I detected was a much higher level of seriousness about bringing the conflict to a close than I saw in 2011.

US officials have also been boosted by the negotiators commitment to ridding Afghanistan of foreign terrorist groups, a key objective upon which the war was launched in 2001. This month a Taliban assault forced 250 Isis fighters to surrender in their northern base of Jowzjan. Fighters are moving in on the Isis stronghold in the eastern province of Nangarhar for what may be a climactic battle.

Ghanis administration has not objected to the preliminary US talks. This represents a positive development as similar efforts were scuppered in 2011 by then president, Hamid Karzai, who felt they undermined his governments authority.

Reservations about the Taliban leaderships desire for peace still run deep, however.

Before the recent talks, the Talibans leadership took steps to bring the groups informal office in Doha more in line with fighters in the field, according to an official. This included setting up a communication channel for quickfire responses from inside Afghanistan.

The Talibans leader, Haibatullah Akhunzada, had previously barely spoken to representatives in Doha, who are often viewed suspiciously within the group and perceived to represent a fringe of the insurgency more open to peace than its military core.

Several Taliban members said that before the next round of talks Haibatullah was considering placing military representatives in the Doha team.

One potential split concerns a second ceasefire. In contrast to the Doha office, the military commanders are not in favour of another pause in hostilities during the Eid holiday at the end of the month, said a Taliban member in Helmand province, where the military leadership is based.

Military leaders may be tempted to continue the war as, despite Donald Trumps troop surge in 2017, the latest report from the US government watchdog shows that no territory has been won back from the Taliban.

A Taliban leader said Russian diplomats had shared with him intelligence that the US will withdraw from Afghanistan in 2020, which could bolster heel-dragging and obstructionism in the talks.

Michael Semple, an expert on the region and former deputy to the EU special representative in Afghanistan, said that those predicting an imminent breakthrough in peace negotiations were engaged in Pollyanna thinking.

I see a sustained military campaign, still taking advantage of safe havens in Pakistan, which is wearing down the Afghan security forces, exploiting the divisions inside the Afghan government, building up frustration within the US government and drawing us nearer the point Donald Trump pulls the plug, he said.