Nearly 100,000 people in the US survive firearm injuries each year. The Bay Area is at the forefront of efforts to provide them with support 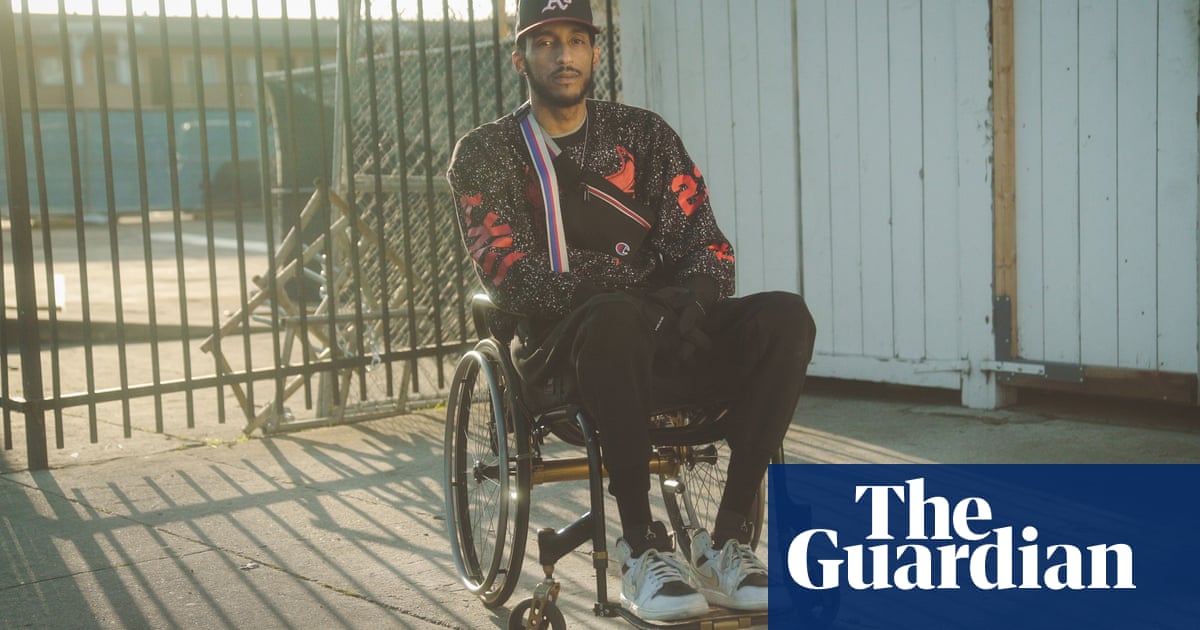 Caheri Gutierrez and her friend were waiting at a red light in downtown Oakland when another car pulled up alongside them.

It was 20 November 2008, and Gutierrez, then 18, was on her way to help her mother clean an office building that night.

Looking straight ahead she didnt see the window of the other car roll down, nor the gun pointed at them.She just remembers a bullet busting through the window, feeling a jolt of electricity, and then seeing blood coming from her friends arm.

Oh my goodness, they shot you! Gutierrez screamed.

Her friend stared at herlike a ghost and abruptly turned away. Gutierrez touched the lower half of her face, felt chunks of mushy, bloody flesh on the inside of her cheek and slowly realized she was the one who had been shot.

Her hands became stiff as she lost consciousness. Im about to die, she thought before blacking out.

Gutierrez woke up five days later at Oaklands Highland hospital, her hands strapped to a bed and tubes in her mouth, nose and throat. Patches of her hair and some of her teeth were missing.

I couldnt talk. I could only write, and I would ask my mom and the hospital staff if I could see my face, Gutierrez recalled on a recent afternoon. They would say no, afraid that I would try to commit suicide.

Gutierrezs mother eventually gave her a makeup compact, and the first thing sherecalls seeing were her eyes. She was overwhelmed with gratitude because she was alive with her cognition intact.

A budding model before the shooting who was pursuing a career in the fashion and beauty industries, she understood her injuries meant that her plans for the future had been dramatically changed.

It was a lot to process, and I would spend days just looking in the mirror.

Gutierrez is one of nearly 100,000 people in the US who experts estimate survive firearm injuries each year. In Oakland, where she lives, gun homicide rates fell by more than 40% in the past decade, from 93 in 2007 to 58 in 2017. But for every person who is shot and killed, experts estimate at least two to four shooting victims survive their injuries. That means that there are many more stories of survival than fatality.

With this in mind, a growing cohort of medical professionals and violence prevention organizers are collaborating to highlight the plights of survivors in the national gun violence conversation. Theyve found that intervention in the hours and days following a shooting can jumpstart the months, and sometimes years, of mental and physical rehabilitation that lie ahead for victims, and help prevent retaliatory violence in their communities.

The Bay Area has been at the forefront of this battle. The violence prevention not-for-profit Youth Alive! brought a hospital-based violence intervention program to Highland hospital in the 1990s. Several other programs have emerged in the region since then, and they have been credited with contributing to the decrease in gun violence in the Bay Area over the past 10 years.

When people are in the hospital and in crisis they need guidance through that moment, says Kyndra Simmons, the Youth Alive! intervention director. Some people just want to feel safe again. And we have violence interrupters that can help them plan that out.

In the early morning of 4 June 2016, Jeremy Posey and a friend were sitting in a car in front of Poseys mothers West Oakland home. The pair had been out clubbing after Posey broke up with his girlfriend earlier in the day, and they were recapping the night when several men walked up and tried to jack the car.

As Posey and his friend spedoff, the would-be robbers opened fire from behind. Bullets pierced the back window.Posey ducked to avoid the gunfire, but a bullet hit him in the back.

He remained conscious but immediately started losing feeling in his legs. Im about to die in the passenger seat of my friends car, he thought.

Poseys friend rushed him to Highland hospital,where he stayed in the intensive care unit for two weeks. Doctors told Posey, a 26-year-old athlete and a former clown for his sisters drill team, that he had a complete T7 spinal cord injury and would probably be permanently paralyzed from the chest down.

Once the surgery drugs and pain medicine wore off, Posey started having nightmares that lasted into his stay at the Fairmont rehabilitation and wellness center in San Leandro, right outside of Oakland.

Posey spent six months in Fairmonts acute rehabilitation and another three months in the facilitys long-term nursing department. Meanwhile, a local not-for-profit that helps people with disabilities found him a wheelchair-accessible apartment where he could live on his own. Eventually he moved into an apartment in San Leandro, where hes been for the past three years.Although he was denied victims compensation funds by the state board, he receives social security, and disability benefits from the state.

Before the shootingthat left him paralyzed, Posey envisioned a life of grandeur.

My expectation was being able to make a lot of money playing sports or being a performer, he said. I was really into the materialistic side of what life offers.

After his injury, his first priority was to simply regain independence. He now drives himself around in a car that has been modified with hand controls in lieu of gas and brake pedals. His social life centers around the kickbacks in friends homes and events like Golden State Warriors championship parades. Navigating his first parade as a wheelchair user was ridiculous, he recalled. At one point he found himself stuck on a walking bridge. You trying to get out of the crowd bro?, agroup of parade-goers asked, before lifting him, wheelchair and all, over a railing and out of the thick crowd.

It was funny for the most part because these people didnt know me from a can of paint, Posey recalled. Its cool to see that there are people who are willing to help other people.

Posey plans to go back to school to get a degree in broadcast or mass communications. He watches films, tries out new restaurants, and spends time with some of the other men in his apartment complex who are also in wheelchairs, some who were in the same hospital at the same time he was.

Were all pretty close, he says. Well have potluck-style cookouts where we eat, drink and listen to music.

We try to stay close because when you get in a predicament like this you need a support system. Even after youre physically healed, having people that you can talk to and be around for positive vibes is definitely necessary.

But Posey has found that physical therapies, staying social and random acts of kindness can only do so much. Mental health and emotional trauma therapy are two of the biggest things we dont talk about for people who become paralyzed and experience gun violence, Posey says.

We mostly just deal with the physical and move on from it, he continues. But probably the biggest thing is having more resources where people can address the emotional and mental stress that comes with it.

Shes pursuing a degree in sociology and Chicana studies at UC Berkeley and hopes to one day open a hospital-based violence intervention program for gunshot wound survivors in Mexico.

I realized that I dont want any young person to ever experience this, Gutierrez says. So I learned a lot of facts and statistics, and met a network of community members who had similar relationships to gun violence as me.

Both Gutierrez and Posey dealt with some form of gun violence before their own shootings. Posey says hes lost friends to gun violence and attended functions that ended in shootouts.

And two years before her own injury, Gutierrezs brothers head was grazed by a bullet during a Halloween party. She says that growing up in East Oakland shed been preparing herself since age 11 for the day her brother would be shot.