Trump lawyer speaks at Paris event staged by MeK, once listed as terrorist organisation and widely seen as a personality cult 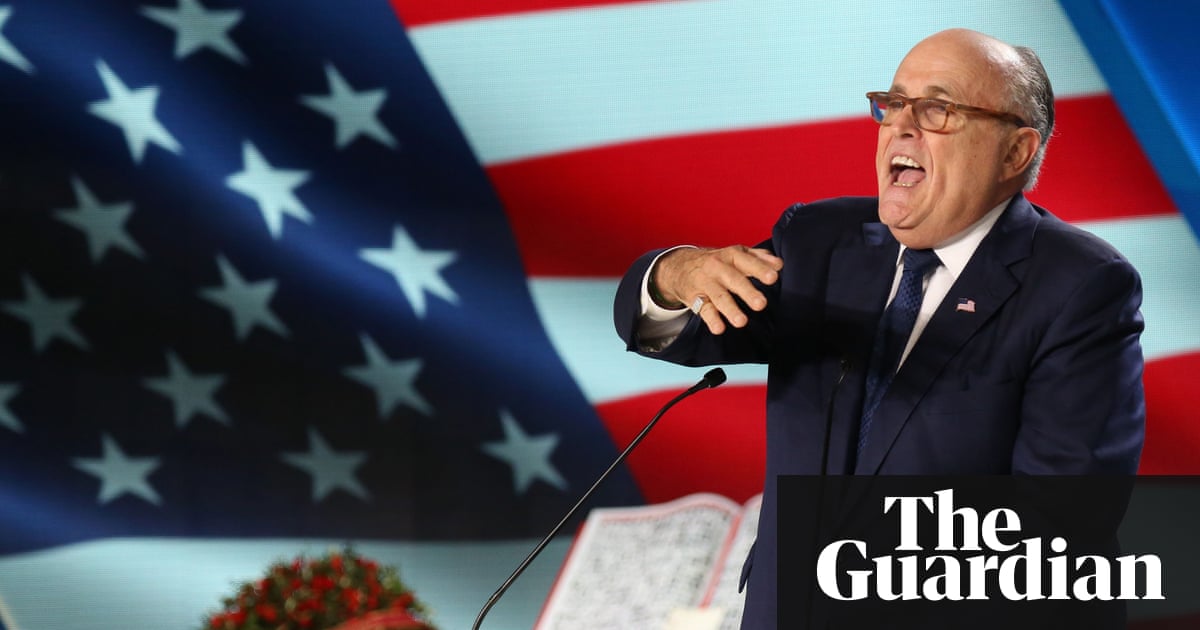 Giuliani spoke to the National Council of Resistance of Iran (NCRI), an umbrella coalition largely controlled by the Mujahedin-e-Khalq (MeK), which was once listed as a terrorist organisation in the US and Europe and is still widely viewed as a Marxist-Islamist cult built around the personality of its leader, Maryam Rajavi.

We are now realistically being able to see an end to the regime in Iran, Giuliani told a crowd of about 4,000, many of them refugees and young eastern Europeans who had been bussed in to attend the rally in return for a weekend trip to Paris.

The mullahs must go, the ayatollah must go, and they must be replaced by a democratic government which Madam Rajavi represents, Giuliani said. Freedom is right around the corner … Next year I want to have this convention in Tehran!

The former New York mayor, who became a cyber security adviser in the White House before being named as Trumps personal lawyer in April, is one of a long line of American conservative hawks to attend the NCRI annual conference. Another prominent guest on Saturday was Newt Gingrich, a former House speaker and a close Trump ally.

In his speech, Giuliani said the fall of the government in Tehran would be brought about by economic isolation.

When the greatest economic power stops doing business with you, then you collapse … and the sanctions will become greater, greater and greater, he said.

In May, Trump abrogated the 2015 international nuclear deal with Iran and ordered a campaign of intense economic pressure, threatening sanctions against any foreign company doing business with Iran and calling for an end to trade in Iranian oil by November. Giuliani suggested that the current wave of protests in Iran was being orchestrated from outside.

It was unclear whether our people was intended to mean the US or the MeK.

The guest of honour at last years NCRI conference was John Bolton, who has since become Trumps third national security adviser. Bolton told the 2017 rally US policy should be to make sure the Islamic Republic will not last until its 40th birthday 1 April 2019.

The policy of the Trump administration is not officially to call for regime change, though top officials have often hinted at it. Outlining his approach in May, the secretary of state, Mike Pompeo, said it was up to the Iranian people to relieve the pressure on the country by changing their government.

Giuliani was one of 33 senior US officials and military brass at the years conference on Saturday. Bill Richardson, former US ambassador to the United Nations, US energy secretary and Democratic governor of New Mexico, was also in attendance.

It was unclear if the speakers at the Saturday conference were paid. The NCRI and MeK have been known for paying very high fees.

Most observers of Iranian politics say the MeK has minimal support in Iran and is widely hated for its use of violence and close links to Israeli intelligence.

In sweltering temperatures on Saturday, around 4,000 people arrived by bus at the Parc des expositions centre. Many were draped in the MeK flag, which replaces the sign for Allah on the Iranian flag with a yellow lion. Others wore yellow sun hats displaying the hashtag #Maryam Rajavi.

Around half of the attendees were Iranian. The other half consisted of an assortment of bored-looking Poles, Czechs, Slovakians, Germans and Syrians who responded to a Facebook campaign promising travel, food and accommodation to Paris for a mere 25. Hundreds of Syrian refugees settled in Germany also attended. Many snoozed under trees during speeches.

We saw the deal on Facebook and we agreed to come on a holiday, said a young Syrian mother as she sat on the conference floor, fanning her two young children. I have never seen Paris. I dont know anything about the MeK.