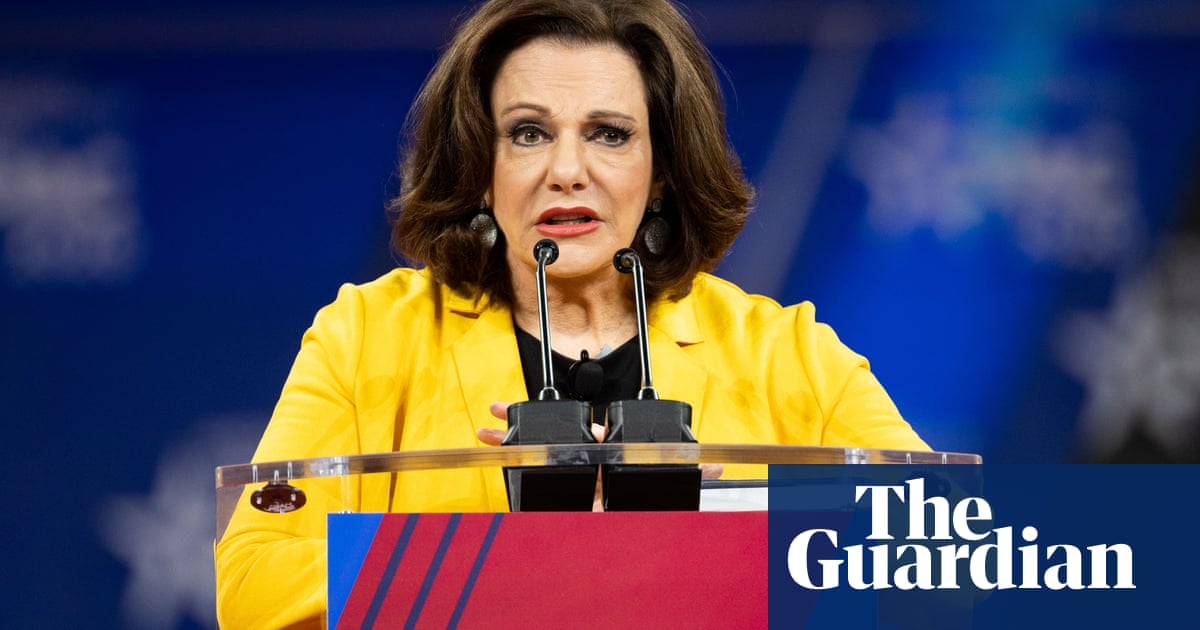 Kathleen Troia McFarland, better known as KT, was a deputy national security adviser to Donald Trump between January and May 2017. After she was shoved out the door by HR McMaster, Steve Bannon and Reince Priebus, McFarland expected to relocate to Singapore as US ambassador. After all, the president nominated her.

Instead, McFarland became enmeshed in the whirlwind cast by the Russia investigation and Michael Flynn, her former boss. Although McFarland was initially approved by the Senate foreign relations committee, in February 2018 she withdrew from consideration. The torture of an endless confirmation wasnt worth the prize. Falling under Robert Muellers microscope was bad enough.

McFarlands book, Revolution: Trump, Washington and We the People, is a multi-purpose missive. It is an exercise in clearing the authors name, a demonstration of loyalty to Trump and a chance to settle a few old scores.

Surprisingly, McFarland also reveals her agnosticism in discussions of the civil war and slavery. The war, she posits, was a revolt against the governing class out of right, as well as necessity. A reader might counter that the slaves were not the folks doing the revolting. Unfortunately, she doesnt end it there.

She brands Abraham Lincoln as an almost accidental president and characterizes the war as as a grass roots national movement to replace the political establishment. With what? A two-state solution? McFarland keeps mum about southern secession as rebellion or slavery as stain.

Good people on both sides. Again.

Thankfully, we are spared an attack on the legal underpinnings of Brown v Board of Education, the landmark ruling that state-imposed school segregation is unconstitutional, that there is no such thing as a separate but equal school. That is for others to do.

In other words, Revolution reads like a new job application from an Oxonian with a degree in PP&E to an administration brimming with acting appointments and a tolerance for racially tinged politics.

As the US grapples with a lethal virus that is on the brink of becoming a pandemic, an ailing stock market stuck in a steep swoon, a president who has a soft spot for anti-vaxxers and a vice president allergic to science, McFarlands timing couldnt be better. Indeed, unlike other White House staffers she possesses actual government experience, having served under Richard Nixon, Gerald Ford and Ronald Reagan even if she forgot to vote for Reagan in 1984.

As is to be expected, in her book McFarland repeatedly and conveniently bashes liberals and elites, denounces congressional oversight and special prosecutors and pays tribute to Trump and the average American. Omitted is the road traveled to reach this point.

In 2006, after Jeanine Pirro backed out of running against Hillary Clinton for the Republican nomination for Senate in New York, McFarland threw her hat in the ring. Her opponent repeatedly tagged her as a liberal elitist and she acknowledged being a liberal on social issues, including admitting to being a pro-choice moderate.

McFarland also claimed she was being surveilled by the Clinton campaign. As Rupert Murdochs New York Post reported it, the candidate told a group of Long Island Republicans: Hillary Clinton is really worried about me and is so worried, in fact, that she had helicopters flying over my house in Southampton today, taking pictures.

McFarland appeared serious and the episode helped sink her candidacy. She lost by more than three-to-two.

Fast forward to January 2014, and the long aftermath of the deadly attack on a US facility in Benghazi in September 2012. McFarland told Fox: The only way the American people will get to the bottom of this is if there is a special prosecutor who has the ability to subpoena witnesses and grant whistleblower protection to them otherwise the cover-up will continue.

Bob Mueller, are you listening?

McFarland also lacks credibility when it comes to her belated denunciation of the war in Iraq and her rejection of forever wars. As a Senate candidate, she refused to criticize the war even as she declined to say if she would have voted for it.

Beyond that, according to federal campaign finance records McFarland donated more than $10,000 to the 2008 presidential campaign of John McCain, and helped bundle six figures in campaign donations for the Arizona senator. In life, McCain was an ardent supporter of the Iraq war. Now, he haunts Trump from the grave.

McFarland does have her moments. In addition to dumping on those who sought her removal from the West Wing, she describes how Robert Gates, defense secretary under George W Bush and Barack Obama, angled to be Trumps secretary of state.

Writing of a meeting during the transition already reported by Peter Bergen of CNN McFarland dishes that Gates told Trump that if he wanted the person with the most experience, it would have been Gates. McFarland adds that Gates gave no hint he was joking and offered Exxons Rex Tillerson as an outside the box choice.

Revolution also addresses the challenge that China and Huawei pose to the US, and mentions the administrations willingness to engage the UK in trade talks after Brexit. Left unsaid and probably unconsidered is the possibility Boris Johnson would embrace Huawei as an insurance policy. There is no indication anyone in Trumps orbit gave thought to that as they cradled Johnson and Nigel Farage.

Think of McFarlands book as paean to populism written from the Hamptons. She refers to the will of the people but fails to mention that Trump lost the popular vote. There is a legitimacy problem with populism that pays greater heed to the voice of the minority. Likewise, she takes note of Republican birthers who slandered Obama with racist attacks, but ignores the fact Trump was the birther-in-chief.

Said differently, Revolution is a book written for the president and those who have his ear.