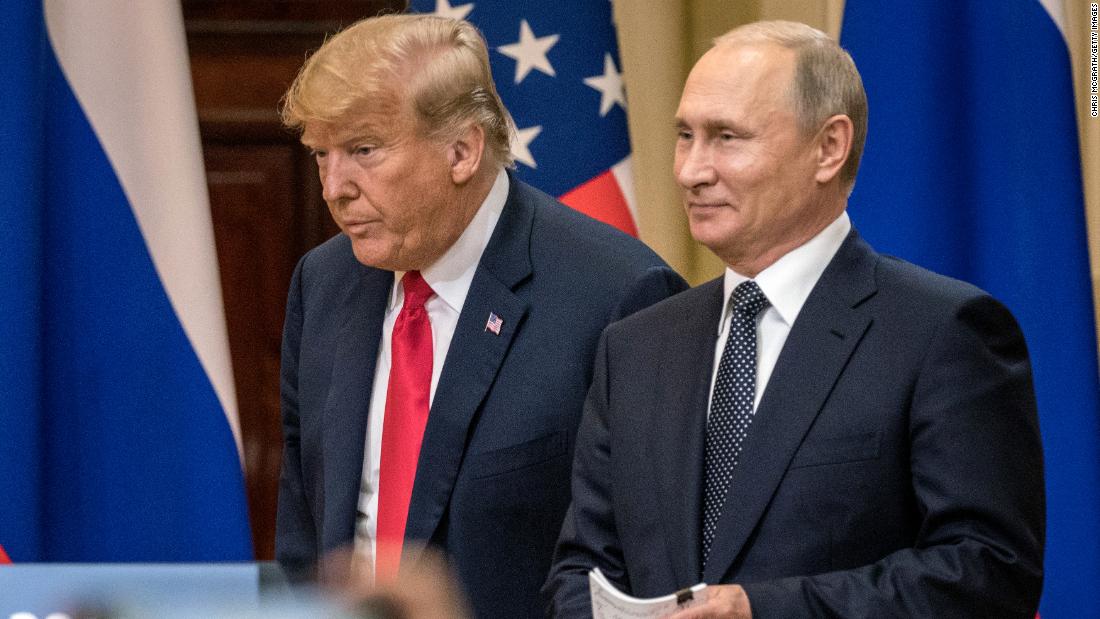 Washington (CNN)When President Donald Trump insisted he meet his Russian counterpart one-on-one, he cited the potential for leaks as rationale to bar aides from attending the session.

As Trump and his aides spent another day mopping up the political mess created by Trump’s remarks following the meeting, questions about what occurred inside the private talks have only mounted.
The latest reversal came Thursday. Press secretary Sarah Sanders, a day after telling reporters the White House was considering a proposal by Putin to interrogate Americans in exchange for assistance on the US Russia probe, indicated Trump “disagreed” with the idea — even though Trump on Monday deemed it an “incredible offer.” 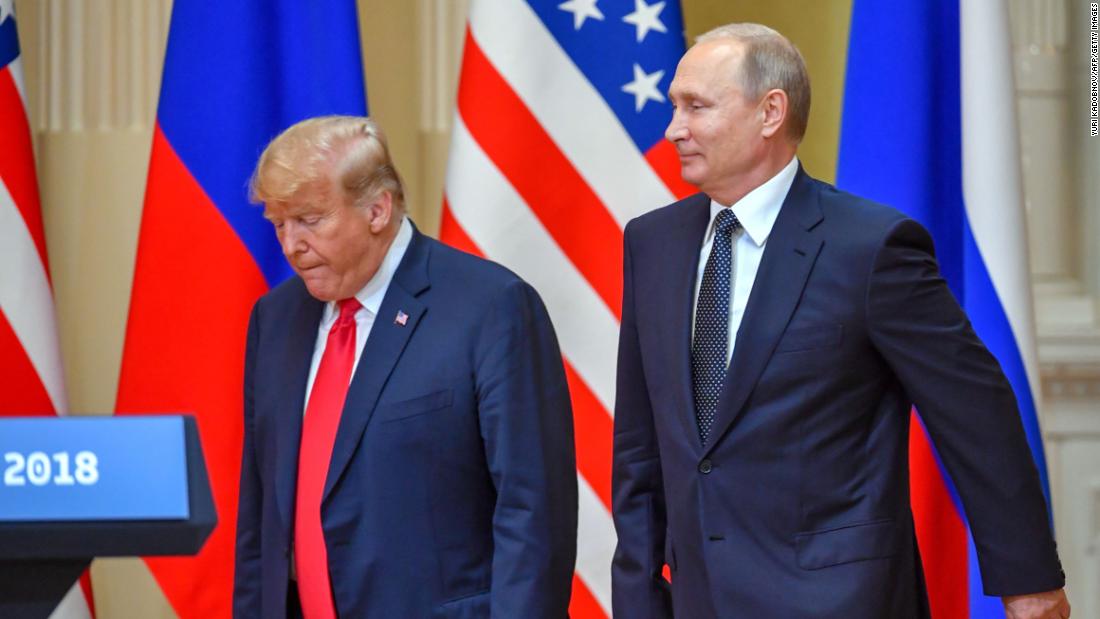 How Trump responded in real time to Putin’s suggestion is unknown. Sitting for more than two hours underneath gilt chandeliers in the Gothic Hall of Helsinki’s presidential palace, Trump and Putin conferred on a range of topics, from Syria to nuclear weapons to election meddling.
But the precise nature of those discussions haven’t been revealed. No American official has provided a detailed readout of the meeting, which took place with only two interpreters as witnesses. The White House indicated on Wednesday that a recording of the session didn’t exist.
But Trump’s own intelligence chief could not rule out the possibility that Russia recorded the meeting.
“That risk is always there,” Director of National Intelligence Dan Coats said during a televised conversation at the Aspen Security Forum.
“I don’t know what happened in that meeting. I think as time goes by — and the President has already mentioned some things that happened in that meeting — I think we will learn more. But that is the President’s prerogative,” Coats said.
“If he had asked me how that ought to be conducted I would have suggested a different way, but that’s not my role,” Coats continued. “That’s not my job. It is what it is.”

Meanwhile, the Kremlin has issued vague pronouncements about “verbal agreements” reached during the summit, without providing specifics.
“It was overall successful and led to productive agreements,” Putin said of the summit at a meeting of ambassadors in Moscow on Thursday. “We will have to wait and see, of course, what turn the events will take, all the more so as certain forces in America are trying to downplay and disavow the results of the Helsinki summit.”
Trump, meanwhile, has complained the meeting hasn’t garnered more attention. But his aides have not briefed reporters on the content of the discussion beyond a surface-level list of topics.
“I don’t care what they covered,” Trump griped during an interview with CBS News on Wednesday. “They didn’t cover my meeting, the important thing frankly was the meeting that lasted for two-and-a-half hours or almost two-and-a-half hours, and in that meeting, we discussed many, many things that were very, very positive for both countries.”
The actual substance of those talks was still a mystery to many government officials on Thursday. Trump was slated to have lunch with Secretary of State Mike Pompeo midday, where the meeting was likely to be discussed, according to one senior administration official. Trump’s schedule also listed a closed-door meeting with Defense Secretary James Mattis.

Cabinet still largely in the dark

But a formal meeting for Trump to lay out the contents of the discussion with members of his Cabinet has yet to be convened.
Top officials traveling with Trump in Helsinki, including Pompeo, national security adviser John Bolton and chief of staff John Kelly, received a cursory readout from the President about the meeting afterward, according to a person familiar with the matter.
A senior White House aide said at least two administration officials have so far been provided details of what Trump and Putin discussed. But the aide declined to say who they were.
Returning from Finland, Trump was more focused on the harshly negative media reaction to his press conference than discussing the substance of his talks with Putin, according to one official. Talks between the President and aides aboard Air Force One focused on containing the political fallout rather than implementing any possible agreements.
“Three days now have passed since Presidents Donald Trump and Vladimir Putin met in Helsinki. Russian officials are talking about agreements coming out of that meeting, but Americans have no idea what was agreed. This is not normal,” wrote Steven Pifer, a retired Foreign Service officer who is now a fellow at the Brookings Institution in Washington. 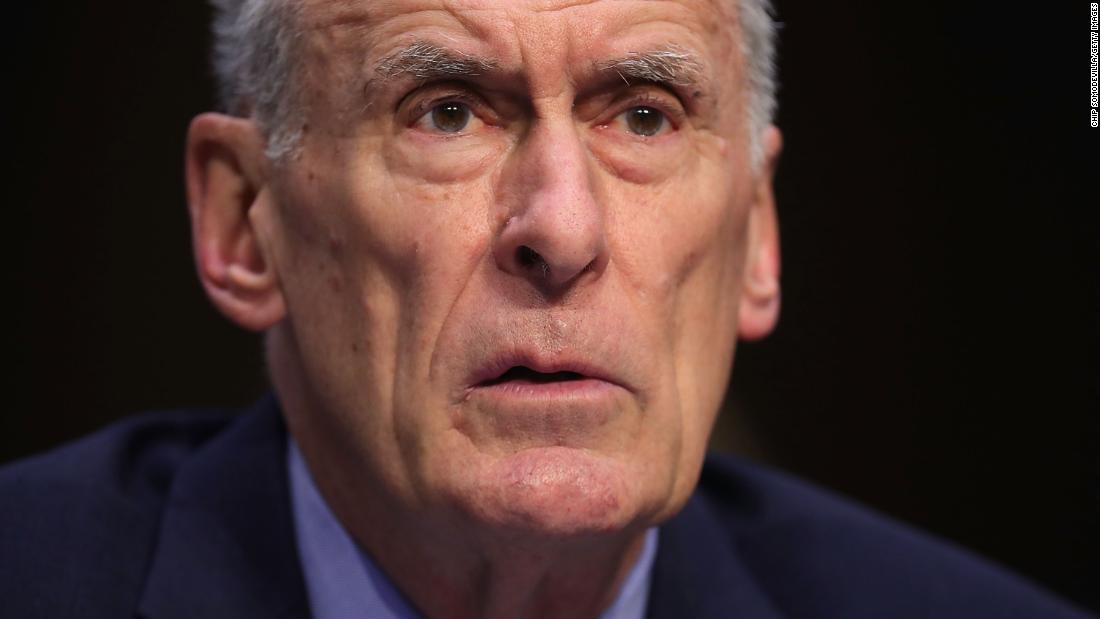 Some senior administration officials have downplayed the lack of information emerging from Trump’s meeting with Putin, suggesting Trump’s freewheeling nature means anything said during the session is unlikely to be viewed as ironclad.
Those officials said in the absence of information emerging from the White House about the meeting, and no concrete instructions on implementing policy changes, there was little meaning to what Trump and Putin discussed.
A senior State Department official said neither the administration nor its allies sense the “climate of crisis” being portrayed in the media or by lawmakers on Capitol Hill.
“Our relationship with Russia and our positions are the same today as they were on the 15th,” the official said. “The Helsinki meeting was an opportunity to see where the relationship could go in the future.”
One Western diplomat predicted that any commitments Trump made to Putin at the summit would not lead to tangible changes in US policy toward Russia.
The diplomat said the one “silver lining is that nothing will come out of this summit” because Trump never follows through on what comes out of the meetings with world leaders.
But Trump signaled on Thursday that more concrete plans may be coming, saying that he looks forward to a second meeting to implement the ideas they discussed, including Middle East peace and security for Israel, which could be a reference to an agreement on Syria.

Fall meeting in the works

Sanders said talks were underway between the White House and the Kremlin on a possible meeting in Washington, to occur in the fall.
“I look forward to our second meeting so that we can start implementing some of the many things discussed,” Trump tweeted.
Told of the invite during his televised interview on Thursday, Coats responded with surprise.
“Say that again?” he said. “OK. That’s gonna be special.”
According to Bloomberg, the two leaders also discussed a referendum that might help resolve the conflict in eastern Ukraine. The news agency said Putin revealed that detail in the closed-door portion of his event on Thursday. He said Trump asked him not to disclose the plan in public as he considers it.
Russia also said it was ready to pursue agreements reached by Putin and Trump “in the sphere of international security,” though the White House and Pentagon would not confirm any agreement or offer any details.
“The Ministry of Defense of the Russian Federation is ready for practical implementation of the agreements reached between Russian President Vladimir Putin and US President Donald Trump in the sphere of international security achieved at the Helsinki summit,” said Maj. Gen. Igor Konashenkov, a Russian military spokesman, in a statement Tuesday.
The Russian military “is ready to intensify contacts with the US colleagues in the General Staff and other available channels to discuss the extension of the START treaty, cooperation in Syria, as well as other issues of ensuring military security,” Konashenkov said. 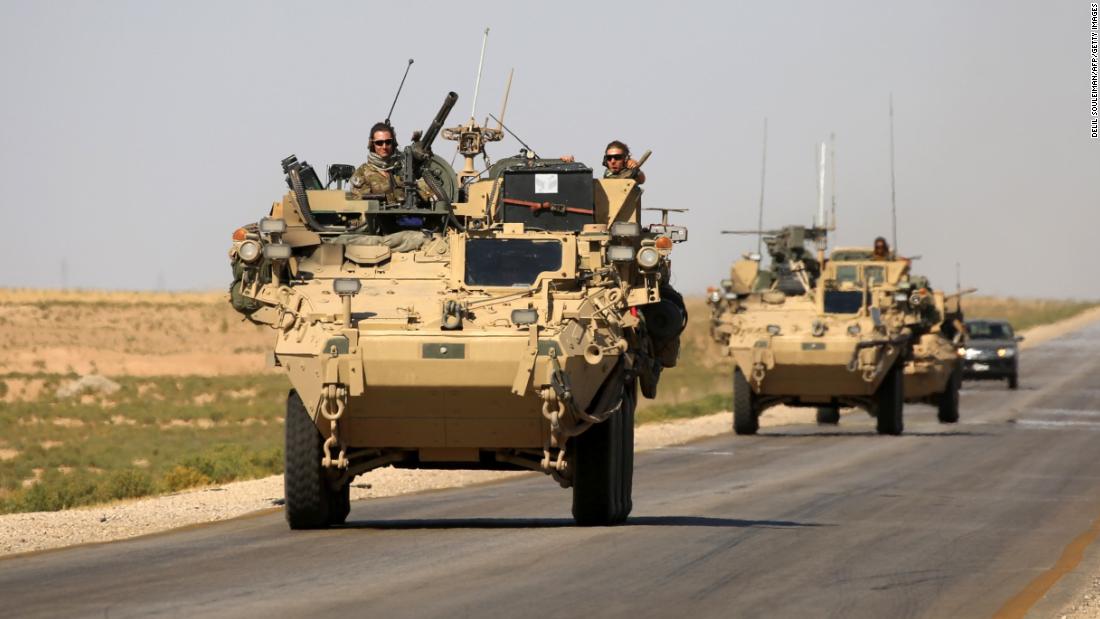 The top US general in the Middle East told reporters that he has received “no specific direction” in the wake of Monday’s summit meeting. He noted that the US military is prohibited by law from coordinating, synchronizing or collaborating with Russian forces after the 2014 Russian military incursion in Ukraine and its seizure of Crimea.
“We have received no specific direction at this point,” Gen. Joseph Votel, the head of US Central Command, which oversees US troops in the region, told reporters at the Pentagon via a video teleconference.
Votel said he was “not privy” to any talks between the US, Russia and Israel that would seek to draw down US forces in Syria in exchange for Russian guarantees to keep Iranian forces and Iranian backed-groups away from the Israel-Syria border region.
“I’m not privy to any kind of grand bargain discussion or anything like that,” Votel said.
At the State Department, spokeswoman Heather Nauert dismissed talk of “agreements” and said Wednesday that there were three “modest” takeaways from the meeting “that we are currently assessing.”
These proposals include a high-level working group with business leaders from both countries, convening an expert council of political scientists, diplomats, former diplomats and former military officials from the United States and from Russia; and that the US and Russian national security councils meet to discuss follow-up meetings.
The potential those ideas come to fruition, however, remains unknown.
“The Russians are going to hype that they made important agreements. Who knows when we will learn about these agreements,” said Tom Countryman, the former assistant secretary of state for nonproliferation who served in the Obama administration. “Even if you believe the worst about Trump and what he agreed to, it is unlikely that he will be able to articulate to his team what he agreed to.”
Some lawmakers had hoped Congress would be able to push the White House to provide clarity on the Trump-Putin meeting, which lasted more than 90 minutes. That included efforts to compel testimony from the only other American in the meeting: interpreter Marina Gross, whose translation notes could amount to the only American record of the talks. 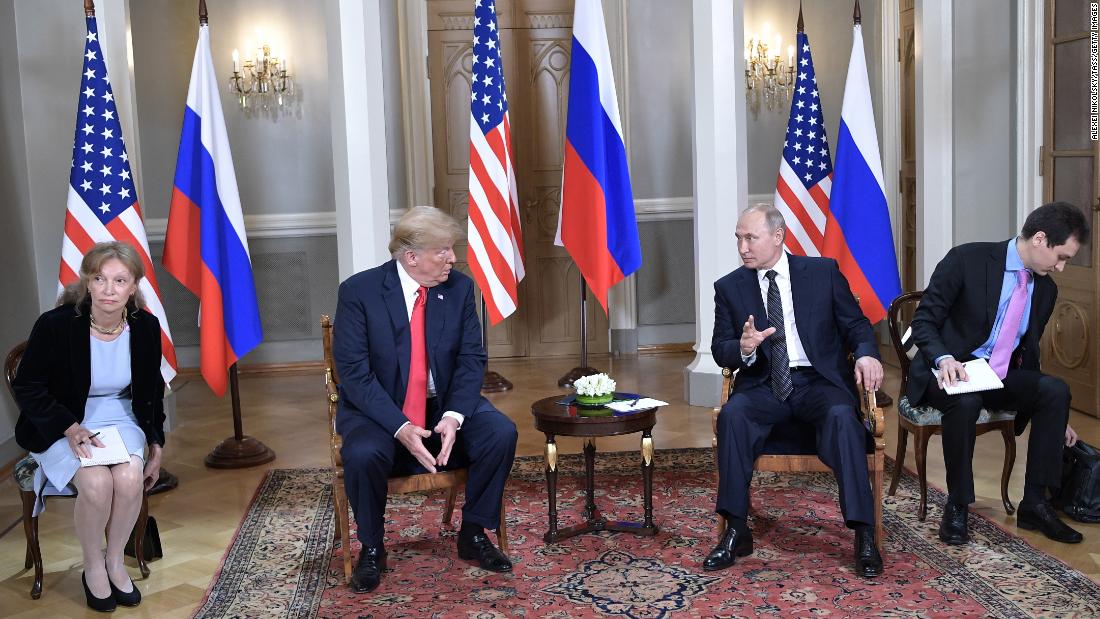 But Republican lawmakers said Thursday that it’s “not appropriate” to subpoena Gross, a State Department employee.
“We looked into it deeply in our office … I’m sorry,” Sen. Bob Corker told reporters on Capitol Hill. “I know you guys will probably give me hell over it.”
Corker, the chairman of the Senate Foreign Relations Committee, continued: “I know in this particular case, the person was a direct employee, but if we are going to start getting translator’s notes, I think we are moving to a precedent that — unless some crime has been committed — is unprecedented and just not appropriate.”
Even if Gross were to provide her notes to lawmakers, they are unlikely to comprise a full accounting of the meeting. Professional interpreters aren’t responsible for documenting meetings for posterity; their notes are intended to assist in translation rather than after-the-fact fact-checking.
The threats from lawmakers to subpoena the interpreter formed just a portion of the onslaught from lawmakers facing Shahira Knight, the incoming White House legislative director.
The outgoing legislative chief, Marc Short, is preparing to leave on Friday and is transitioning his responsibilities this week to Knight. The upheaval on Capitol Hill over Helsinki is coming at a time when the legislative shop is “in limbo,” a White House aide said.
Kelly and Vice President Mike Pence have fielded many of the calls from lawmakers and Trump allies concerned about the controversy. The President has been taking calls as well; he spoke multiple times with Sen. Rand Paul, R-Kentucky, before coming out on Tuesday with his claim to have misspoken, a person familiar with their conversations said.
One of Knight’s first major tasks may be to decide how the White House will handle Russia-related legislation lawmakers are considering as possible responses to the Helsinki mess. A White House aide said officials are having internal talks on what to do about potential bills as some gain momentum.