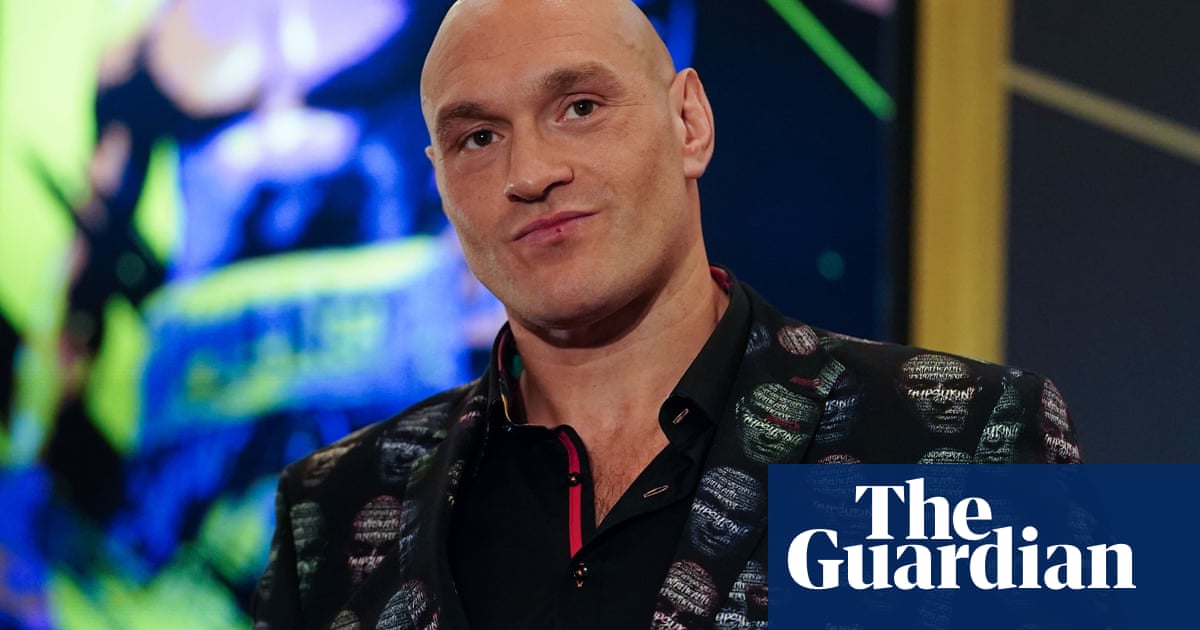 Tyson Furys struggle with his mental health was ridiculed by his opponent in the run-up to the most anticipated heavyweight title fight in decades. Dont you ever forget that when I found you, you were strung out on coke. You were like a big house, contemplating killing yourself, Deontay Wilder said after an intense five-minute stare-down.

But for other boxers and mental health experts, Furys candid honesty about his struggle with depression and his journey back in the ring is something to be celebrated.

On Saturday, the 6ft 9in boxer, known as the Gypsy King, will face Wilder in a rematch for the Americans WBC heavyweight title on the Las Vegas strip. Though the initial bout ended in a controversial draw, Furys return to his feet after being knocked down shocked Deontay and the rest of world. Finally got him. Im celebrating, kisses to the wife Wilder later said while rewatching the match. And then I turn around and theres the Gypsy King, rising from the dead!

The remarkable moment has come to represent Furys recovery and steered him to become an unlikely champion for mental health.

Fury spent three years out of the ring due to mental health issues after beating Wladimir Klitschko in 2015 to claim the WBA, IBF and WBO heavyweight titles. He battled depression, addiction and suicidal thoughts, which culminated in him nearly driving his Ferrari off a bridge at 190mph. Fury has said he lost the will to live and prayed for death on a daily basis.

Dr Benji Waterstones, an NHS psychiatrist working in London, pointed out that suicide was the biggest killer of men under 45, partly because of mens traditional reluctance to open up. Furys frankness is redefining outdated ideas of masculinity and what it means to be a strong man. He shows you can compete to be the heavyweight champion of the world and be vocal about your mental health struggles, which is especially powerful in a testosterone-fuelled sport like boxing.

Martin Bisp, who runs the pioneering gym Empire Fighting Chance (EFC) in Bristol, which supports vulnerable people struggling with their mental health by combining boxing and counselling, said boxers like Tyson make a huge difference when they opened up about their mental health problems.

Boxers are superhuman, they are the toughest of the tough and they dont get the credit they deserve when they say mental health affects them, Bisp said. These boxers are so important to getting the message out, especially from someone like Tyson, it makes a young person feel less ashamed. They think: Who am I to be embarrassed by mental health when these champions have the same problem?

Waterstones said that Furys determination to keep fighting was busting the myth that those with mental illness dont recover. Hes been diagnosed with depression, addiction problems and been close to suicide. And yet hes metaphorically peeled himself up off the canvas.

And Fury isnt alone. David Allen, a British heavyweight, made headlines when he said he pulled out of a fight to deal with his mental health. They asked: Whats going on, why are you not fighting? I said: Look, I dont feel up to it, Allen explained. It wasnt something I really mentioned to anyone involved in boxing. At the time, I didnt want to share it because I felt like it was my own business.

While Allen didnt plan on making any announcement, he is glad he has been vocal about his depression and that Fury is doing the same. I have felt much better since Tysons talking about it. You spend so much of your life living a lie, but there were moments where I wouldnt leave the house and you become irritating to your friends when youre a no-show. But now I would say Im not coming out today and they know why.

Comments that Tyson has made about women and the LGBT community have, however, complicated his path to rehabilitation. Hes not had a conventional upbringing and I think hes a product of that. He holds some archaic views on women and the LGBT community, but I like to think if theres one thing we know about Tyson Fury, its that he has the ability to change, Waterstones said.

As for Allen, being more honest with the world and himself has given him space to find his own way of managing his depression. Ive got my own method of dealing with things; lock myself in my house, get food and ride it out. It involves eating loads of Pringles.

In the UK and Ireland, Samaritans can be contacted on 116 123 or email jo@samaritans.org or jo@samaritans.ie. In the US, the National Suicide Prevention Lifeline is 1-800-273-8255. In Australia, the crisis support service Lifeline is 13 11 14. Other international helplines can be found at www.befrienders.org.