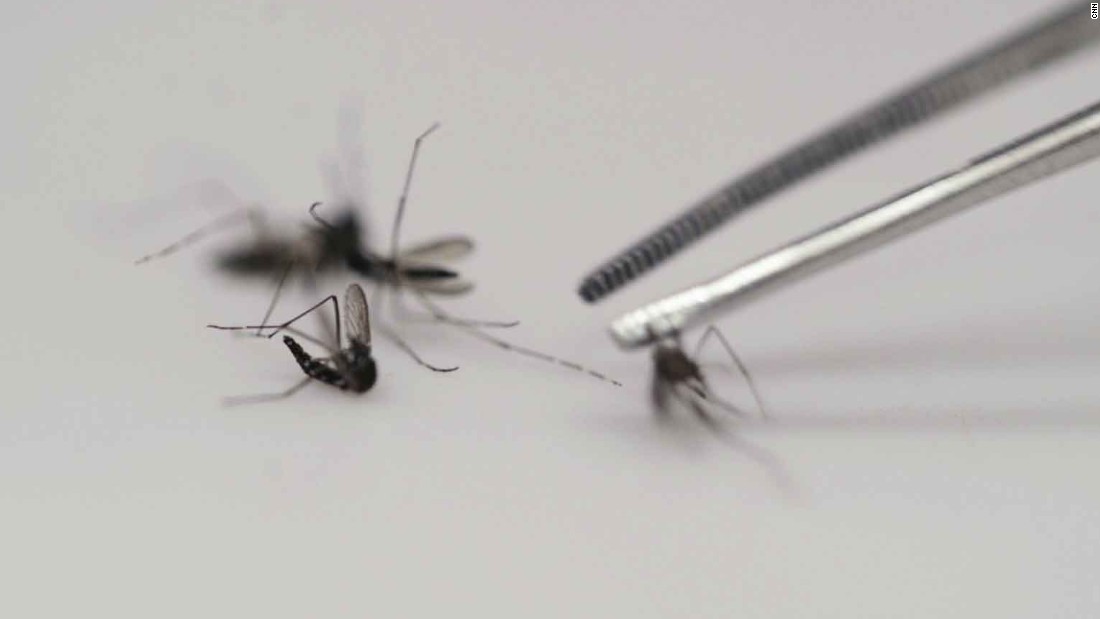 (CNN)Nearly one in seven babies born to women infected with the Zika virus while pregnant had one or more health problems possibly caused by the virus, according to a Vital Signs report published Tuesday by the US Centers for Disease Control and Prevention. The problems consisted of birth defects including small head size, brain damage, eye damage and nervous system problems, such as vision and hearing impairments, as well as seizures.

“Based on what we know from other congenital infections, we expect more information will emerge about these health problems as these children grow,” said Peggy Honein, a co-author of the new report and director of the CDC’s Division of Congenital and Developmental Disorders. “The Zika story is not over, especially for children who were exposed to Zika during their critical development in utero.” 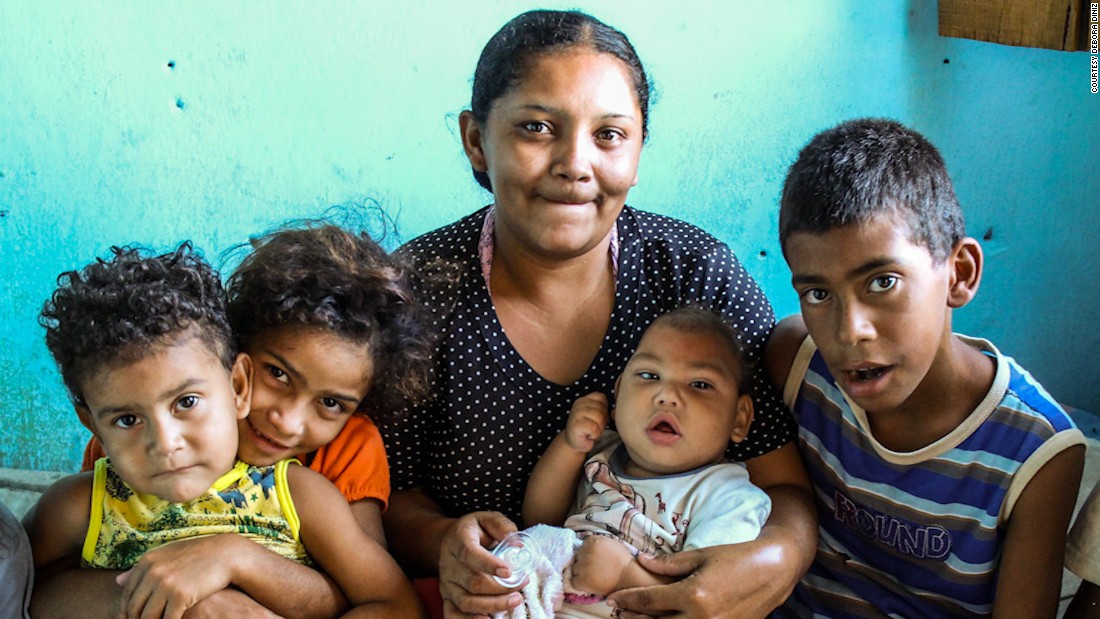 The Zika virus can be transmitted through mosquito bites, sex or a blood transfusion or from a pregnant woman to her fetus. Most people infected with Zika have no symptoms or only mild ones, such as a slight fever and headache. However, an infection with Zika during pregnancy has been linked to miscarriage and stillbirth, and it cause babies to be born with microcephaly (a smaller than usual head size indicating incomplete brain development), vision problems or neurological defects.
Some of the Zika-affected infants appeared healthy at birth, showing no apparent problems, and were identified as they grew older, the CDC found.
“The full range of long-term health problems caused by Zika will remain unknown until these babies mature,” the researchers noted in their report, which is based on 4,800 total pregnancies in which a lab result showed confirmed or possible infection in the mother and a subgroup of 1,450 infants 1 or older who had received followup care. These pregnancies occurred between 2016 and 2018 in the US territories: American Samoa, the Federated States of Micronesia, Puerto Rico, Republic of Marshall Islands and US Virgin Islands.
There is no vaccine against Zika virus, though the CDC continues to work with scientific partners toward developing one.

The CDC also released new guidance Tuesday for couples who are planning a pregnancy and may have been exposed to the virus: Men who plan to conceive should wait to have unprotected sex for at least three months after either experiencing symptoms or their last possible Zika virus exposure.
This new timeframe — the previous recommendation was to wait six months — is expected to both prevent sexual transmission of Zika virus and reduce the risk for fetal Zika virus infection.
“Zika is still a risk for pregnant women and their babies, and we’ve been watching the emerging data as more is published to try and rapidly translate that data to action so that we’re giving the best guidance possible,” said Honein, a co-author of the new report. “I want to emphasize, though, if the partner is pregnant, the guidance remains unchanged.”
Here, the guidance is that couples should abstain from sex or use condoms throughout the pregnancy, she explained. “We have reports of Zika-associated birth defects from every trimester of pregnancy. So we don’t think there is any safe time to have a Zika virus infection during pregnancy,” she said.
The CDC confirmed its previous guidance for situations in which only the female partner has traveled to an area where Zika infections may occur. In such cases, couples should use condoms or abstain from sex for at least two months after the woman has either shown symptoms of an infection or possibly been exposed to the virus.

‘We still need to learn more’

Dr. Albert Ko, a professor of infectious diseases at the Yale School of Public Health, said the new CDC information is “very important.”
“In a nutshell, the big change here is the CDC recommendation went from six months to three months of waiting when traveling to an area with ongoing Zika transmission,” said Ko, who was not involved in the research. “The report actually takes a snapshot of what we know at this point about how long a viable virus can transmit and infect a woman.”
He noted that the CDC’s earlier reports were based on laboratory tests showing that RNA (genetic signs) of the virus could be detected in semen for up to a year after a man experienced a Zika infection. However, these tests and reports “didn’t tell us whether the virus was live and able to be transmitted,” he said.
The new CDC report finds that although Zika’s RNA may be found for many months, even a year, in semen, the infectious period lasts one, two or at most three months, Ko explained. 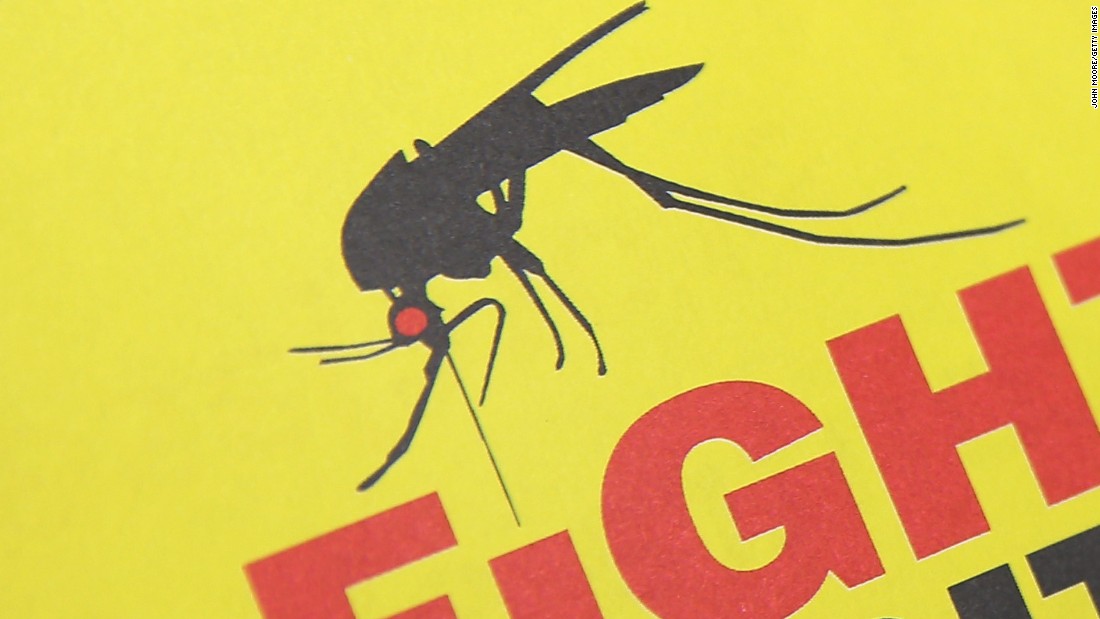 “That’s a relief,” he said. “There are a lot of people from the US traveling throughout the world, and many of these places have ongoing transmission of Zika virus.”
Additionally, the finding that one in seven children prenatally exposed to Zika had birth defects or impairments “makes a lot of sense,” Ko said. “We always suspected those babies that had microcephaly was just the tip of the iceberg.”
“The ophthalmologists in our team were the first to report back in 2016 that the virus can also cause a scarring of the retina of the eyes,” he said.
He added that the concern is that hearing loss, visual impairments, seizures and “also more subtle defects in the brain” may impair the neurocognitive development of the affected children.
Overall, then, the one in seven number “may go higher as babies get older and we actually see or pick up more of these developmental defects as they go into preschool, nursery school and kindergarten,” said Ko from Salvador, Brazil, where he is working to learn more about the affected children and their families.
“The big question that we have is, of all the women that were exposed to Zika virus in Brazil, why did six out of the seven, why did their babies not get any of these birth defects?” he said.
“The important work that needs to be done is to follow these babies who’ve been exposed during gestation or women exposed to Zika virus during pregnancy,” he said. “We still need to learn more from that.”

Dr. William Schaffner, an infectious disease specialist, said “the more we learn about Zika, the nastier this virus is.”
“There’s a whole spectrum of more subtle manifestations that can actually manifest themselves later,” said Schaffner, who was not involved in the CDC research. Seizures, visual and hearing impairments, and hyperactivity may all appear late, he said. As scientists gather more information about these babies, “people are trying to decide: Are they coincidental, or are these things definitely related to a prior Zika infection?”
“Trying to think about it more positively, I hope the research continues to develop a Zika vaccine in the event we have another early signal of a Zika virus outbreak anywhere in the world,” Schaffner said. “A vaccine could be deployed very, very quickly, and that would blunt the horrific impact of the Zika virus.”
In the meantime, women who want to prevent becoming infected with Zika during pregnancy can protect themselves against mosquito bites with bug spray containing at least one of the following active ingredients: DEET, picaridin, IR3535, oil of lemon eucalyptus or para-menthane-diol, or 2-undecanone, the CDC advises. More generally, pregnant women can avoid traveling to areas at risk of Zika.
Zika virus was identified 70 years ago. Though isolated, small-scale outbreaks had occurred in various parts of the world, including Africa, Southeast Asia and the Pacific islands, no major complications had been linked to the virus until it arrived in Brazil, which reported an extensive outbreak to the World Health Organization in March 2015. At that time, the virus was first associated with pregnancy and birth abnormalities.
Even if they appear healthy, babies born to women exposed to Zika during pregnancy should receive special follow-up care, the CDC recommends. Early detection and early help can make a difference in the lives of affected babies and their families, so health care providers should closely monitor the health and development of all babies born to women infected with Zika during pregnancy.

Sign up here to get The Results Are In with Dr. Sanjay Gupta every week from the CNN Health team.

“Nearly 100 countries and territories still have a risk of Zika,” CDC Director Dr. Robert Redfield said Tuesday. Since 2015, 37,262 cases of Zika have been reported in US territories, and 5,716 cases have been reported in the contiguous United States. “Diseases know no borders, and a health threat anywhere is a health threat everywhere,” Redfield noted.
Many people in Brazil as well as other parts of South and Central America became infected when Zika first appeared in the Western Hemisphere in 2015. This has provided a natural “herd immunity” — infected once, people are not likely to get infected a second time — and so a major outbreak in these regions any time soon is not likely, Ko said.
The last known local transmission of Zika in the continental US occurred in late 2017, with two cases in Florida and five in Texas, but there has been no local transmission in 2018, said Dr. Lyle Petersen, director of the CDC’s Division of Vector-Borne Diseases.
“In 2018, there have been 74 cases of Zika virus reported in the US territories, almost all in Puerto Rico,” he added. “There is still ongoing transmission in Puerto Rico, but it is at a much lower level than we’ve seen in previous years.”