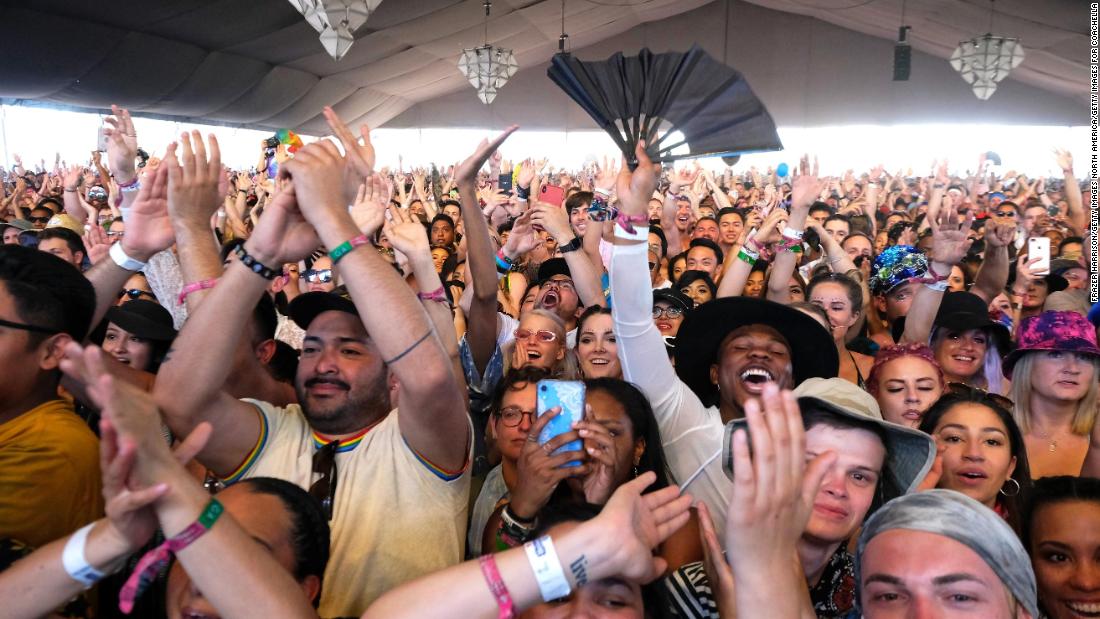 (CNN)Even as the coronavirus pandemic wrecks havoc on the music industry, melodies are soothing our souls.

As social distancing restrictions have brought an end to mass concert gatherings for the foreseeable future, virtual shows are becoming the new norm.
“I think one thing that humanity has always been able to do is adjust,” rapper and actor T.I. told CNN in an interview this week.

The cancellation in March of the massive and multimillion dollar SXSW tech and entertainment conference signaled rapid change as concerts, festivals and productions around the world have since been postponed or scraped over Covid-19. 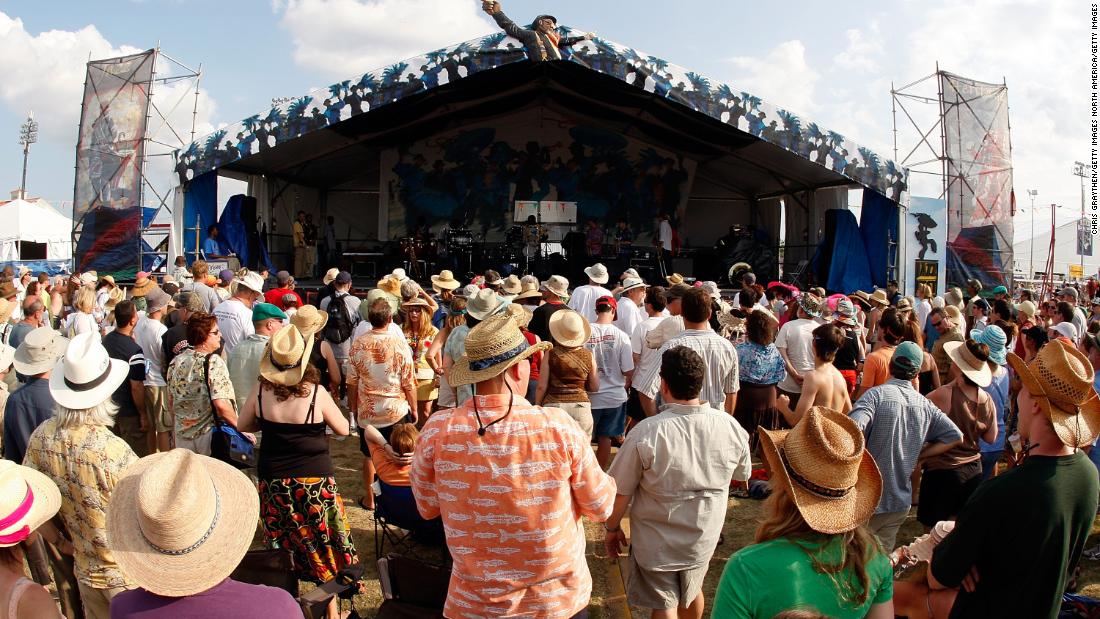 The New Orleans Jazz and Heritage Festival became the latest major event canceled. That announcement Thursday came hours after Variety reported that Roc Nation, the management-label-publishing company formed as a partnership between rapper and mogul Jay-Z and the corporation Live Nation, began furloughs and pay cuts in the wake of falling revenue.
Billboard was the first to report on March 12 that Live Nation would be pausing all arena tours planned for various artists.
Promoter Craig M. Garrett, who books, manages and promotes artists and shows through his Atlanta-based Next Level Events, said live business has quickly dried up, leaving uncertainty.
“As far as live, in person events, the best that we can do right now is to try to reschedule,” Garrett said. “But in reality there’s too many unknowns to know when are we going to be able to get back out and do shows.”
“And even if we do, let’s say we get back out in September, October, we don’t necessarily know that we’re going to be able to go out in full capacity,” he added. “A room that may have held 500, we may now have limits on that [because of social distancing].”
Garret said all musicians rely on touring and appearance revenue and many are struggling to navigate this new business landscape.

People like R&B singer Anthony David, whom Garrett manages.
David told CNN he’s been having conflicted feelings about performing virtually.
It’s great practice and a way to stay connected to his fans, David said, but he misses the interaction and feedback a live audience offers.
“I just recently did a Bill Withers tribute and that was way more awkward than I thought,” said David, a singer/songwriter whose album, “Hello Like Before: The Songs Of Bill Withers,” came out in 2018. “I’ve done a couple [streaming performances] and it hit me like, ‘Wow, I don’t like doing this without knowing what’s going on on the other side.”
View this post on Instagram

Always a pleasure to play with @allencpaul , even from another city, especially on this Bill Withers classic. Soon as I touched down at soundcheck , this is the tune he had loaded up. Apparently it's one of @msingridb's faves off of #hellolikebefore, my dedication to Mr Withers. @jeffbizzle put me on to it, And @keishajackson blessed us with vocals on the album. @iameddiestokes nailed the keys , down to the sound, on the album. I'm glad we were able to give him his flowers while he was here. Thanks for everything you gave us Maestro. #videoshopapp

Richard Dunn has been involved in the music scene since for three decades and said artists and audiences are going to have to pivot when it comes to music. Dunn, founder of The Muddy Water Group, a creative services and artist management agency, told CNN he sees the transition from live to virtual shows similarly to the industry’s move from physical CDs to streaming music.
“I don’t think live performances will ever go away, but how they are delivered will definitely change,” Dunn suggested. “The streaming capacity will be the wave of the future. I think concerts will be in part at the venue and then in part more of a pay-per-view format, sort of how you see boxing now.”
With so many artists already dealing directly with their audience via social media, Dunn said live performances and tours were the final part of the business that still had “gatekeepers.”
Though social distancing is quickly changing that, he said.
“People wanting to consume music will never stop,” Dunn said. “Music makes everything better and music brings people together.”
“Regardless of what country or continent, regardless of what political facet you are in,” he added.

T.I. said people will always turn to music to reflect our culture.
That’s part of the reason the “Rhythm + Flow” judge said he sees opportunity for growth during this difficult time. 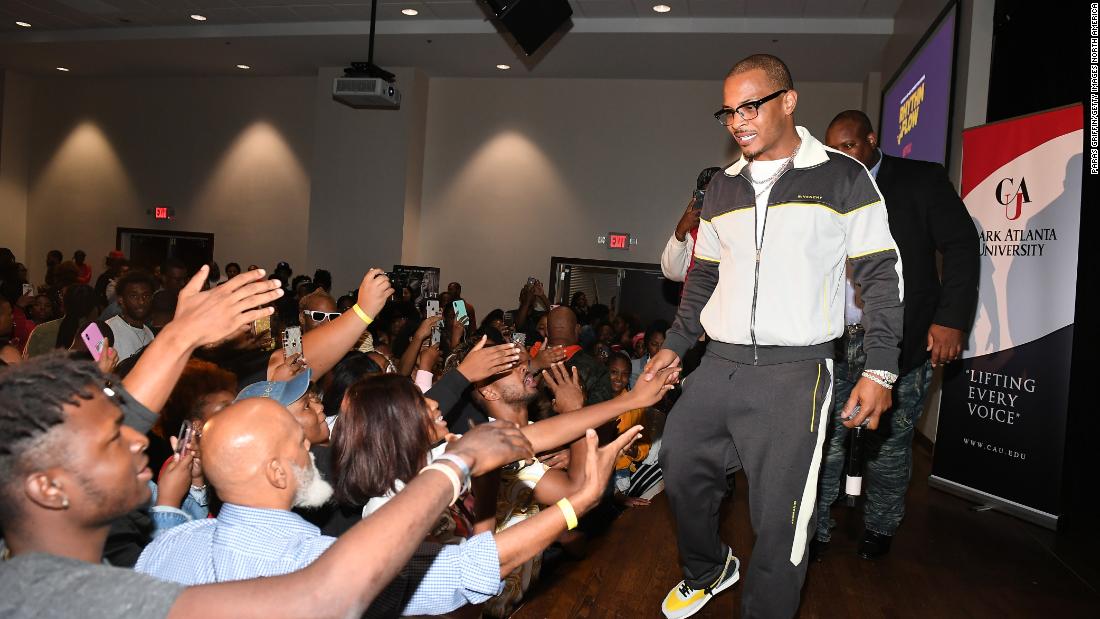 He’s already seeing it in the way people are rediscovering revered and longtime players in the game, like DJ D-Nice, whose Instagram Live “Club Quarantine” sets have become all the rage.
With folks staying home and working from home, T.I. said there are also organizational lessons being learned by music industry companies like his Grand Hustle Records.
“Maybe we don’t need the fancy expensive offices all year long,” he said. “That’s something that I have observed, that you can do a lot more with a lot less when you put your mind to it and people are actually dedicated to change.”
The key, he said, will be staying connected with meaningful content, which is one of the reasons the rapper is using his platform to help.
Next week T.I. plans on releasing a special episode of his popular podcast “expediTIously.'”
The episode will feature a conversation with Dr. Regina Benjamin, the former U.S. Surgeon General, where they’ll discuss Covid-19’s disproportionate impact on the African-American community and what those at-risk can do to stay healthy and safe.
T.I. said he’s doing it because, like his followers, he too is seeking information on how to keep his family safe and wants to be of service to his audience, even if it’s virtually.