A gay, white teenager endures the terrors of national service while hiding his sexuality in a drama thats grimly compelling and beautifully tender 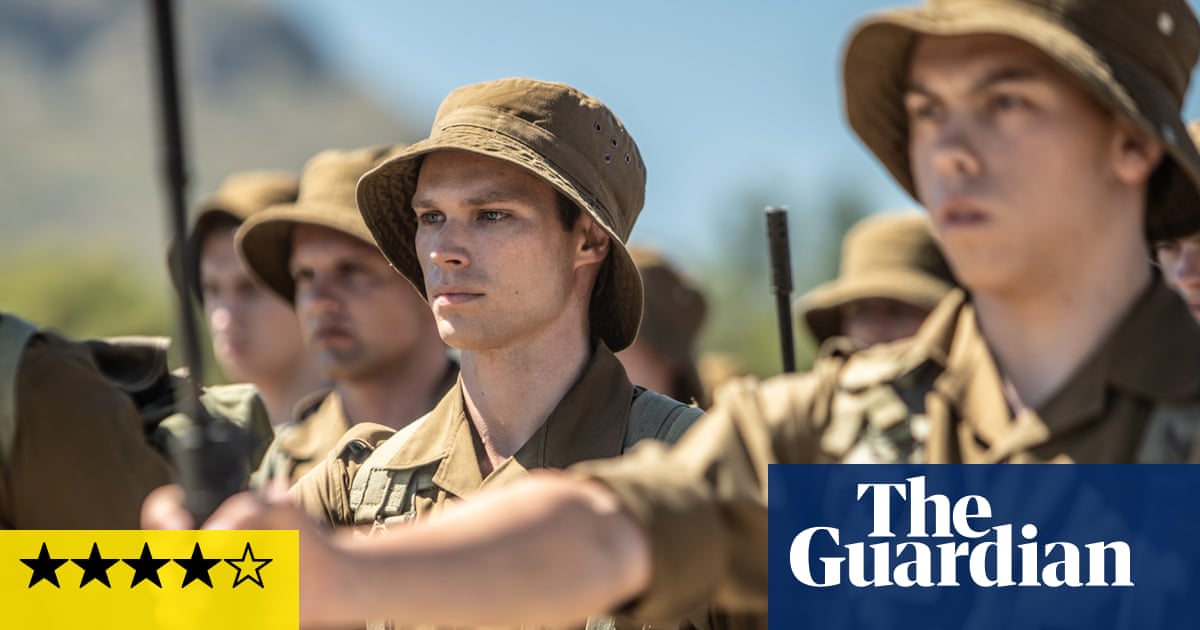 Oliver Hermanus delivered a gut punch in 2011 with his powerful film Skoonheid, or Beauty. Now he has directed a fiercely engaged, complex drama of sexual identity and suppressed yearning in apartheid-era South Africa a film with a humid intensity. It is also a war movie about a country at war with itself, with its neighbours and with the whole world. Hermanus and his co-writer, Jack Sidey, have adapted the novel by Andr Carl van der Merwe, entitled Moffie the (still very much unreclaimed) Afrikaans word for faggot.

Kai Luke Brummer plays Nicholas van der Swart, a white South African teenager in 1981 who has to do two years national service. This means grisly basic training and then a terrifying border tour young trainees must move upcountry to engage the enemy in a real shooting war. Angola and the Soviet-backed MPLA (immortalised in the Sex Pistols Anarchy in the UK) loom on the border of the South West Africa territory now Namibia and are used as an ever-present bogeyman to keep South Africas young white manhood in a permanent state of aggressive paranoid readiness and to provide an ideological anti-communist rationale for apartheid itself. Young van der Swart suppresses his fear at this vicious dehumanising experience and also his own gay sexuality, because moffies are treated as the enemy within and could expect to be beaten and brutalised.

Hermanus creates some grimly compelling scenes as Nicholas arrives at the training camp after a gruesome train journey, during which the young proto-squaddies indulge in racist insults at black men on station platforms. The drill sergeant is a traditional figure here, and Hilton Pelsers performance as the monstrous Sergeant Brand measures up in sadism and abuse. Hermanus shows how, from the very first, Brand displays his own mysterious enthusiasm for homophobic abuse, screaming into the young mens flinching faces his sneering questions about their alleged interest in each others bodies. In the camp, furtive glances in the showers and lavatories mean more, and the stakes are much higher. The same is true for Nicholass emotional connection with fellow trainee, Dylan (Ryan de Villiers).

Nicholass family background is what further complicates the dynamic. Despite his soft English looks, he has an Afrikaans name, but he has to explain he has taken the surname of his more robust stepfather after what appears to have been his parents divorce. His father (whose photograph Nicholas poignantly carries with him to the camp, almost like that of a sweetheart) is a gentle soul who, in an excruciating act of misjudged manliness, has given Nicholas a porn magazine to take to the camp with him. And it is his father who is to be at the centre of an enigmatic, superbly filmed and rather shocking flashback scene of Nicholass childhood, when he and his family were horribly humiliated at a holiday resort.