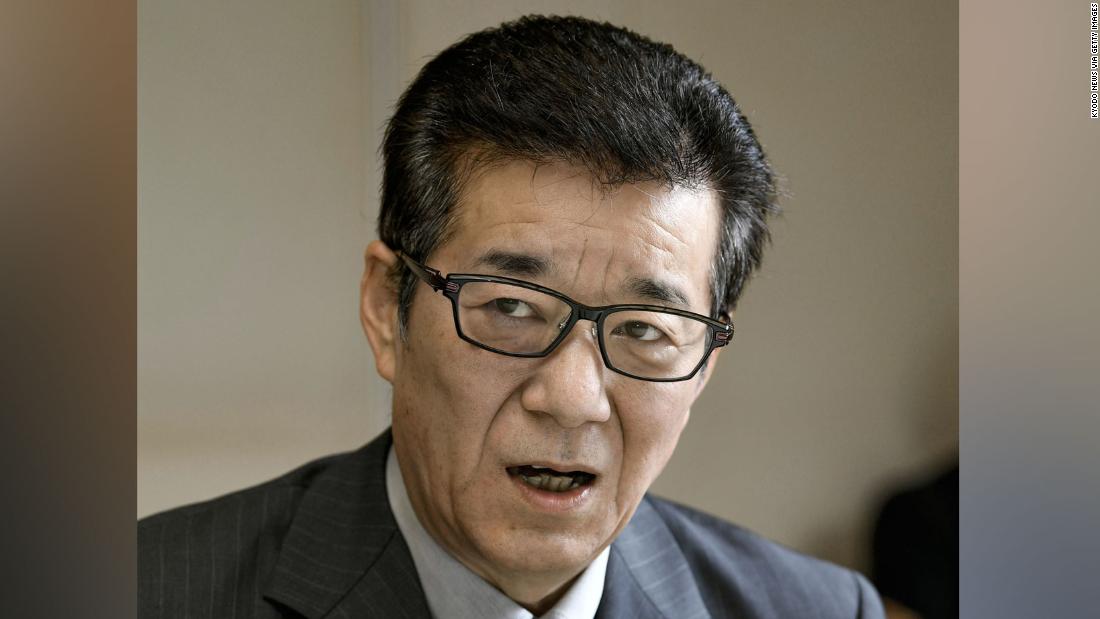 Tokyo (CNN)The mayor of Japan’s third-largest city is facing a public backlash after he suggested men are better suited to grocery shopping during the coronavirus pandemic, because women take too long and contribute to overcrowding at supermarkets.

That spike has seen a raft of new restrictions put in place nationwide. On Thursday, Osaka mayor Ichiro Matsui implied male grocery shoppers would reduce the potential spread of the virus as they would spend less time in stores.
“Women take a longer time grocery shopping because they browse through different products and weigh out which option is best,” Matsui told reporters at a coronavirus press conference in Osaka on Thursday.
“Men quickly grab what they’re told to buy so they won’t linger at the supermarket — that avoids close contact with others,” added Matsui.
Women account for 51% of the Japanese population, according to World Bank data. But Japan is ranked 110th out of 149 countries in the World Economic Forum’s index measuring the degree of gender equality.

The mayor’s comments prompted popular Japanese journalist Shoko Egawa to tweet that “people who know nothing about daily life shouldn’t make comments.”
Egawa’s tweet gleaned over 3,000 retweets, with one social media user tweeting that Matsui had probably never done the shopping himself.
Japan remains a largely male-dominated society. The country is ranked 110 out of 149 countries in the World Economic Forum’s (WEF) latest global gender gap index. The country also ranks bottom among the G7 countries for gender equality, despite Prime Minister Shinzo Abe’s pledge to empower working women through a policy called “womenomics.”
Osaka has been under a state of emergency since April 7. Matsui’s comments came after he suggested supermarkets limit the number of people entering stores where possible, and recommended the public only shop for groceries once every two to three days.

Scrambling to avert a crisis

Over the past few weeks, Japan has scrambled to contain an uptick in coronavirus cases.
The sharp increase prompted Prime Minister Shinzo Abe to extend the state of emergency from seven prefectures to the entire country on April 17. 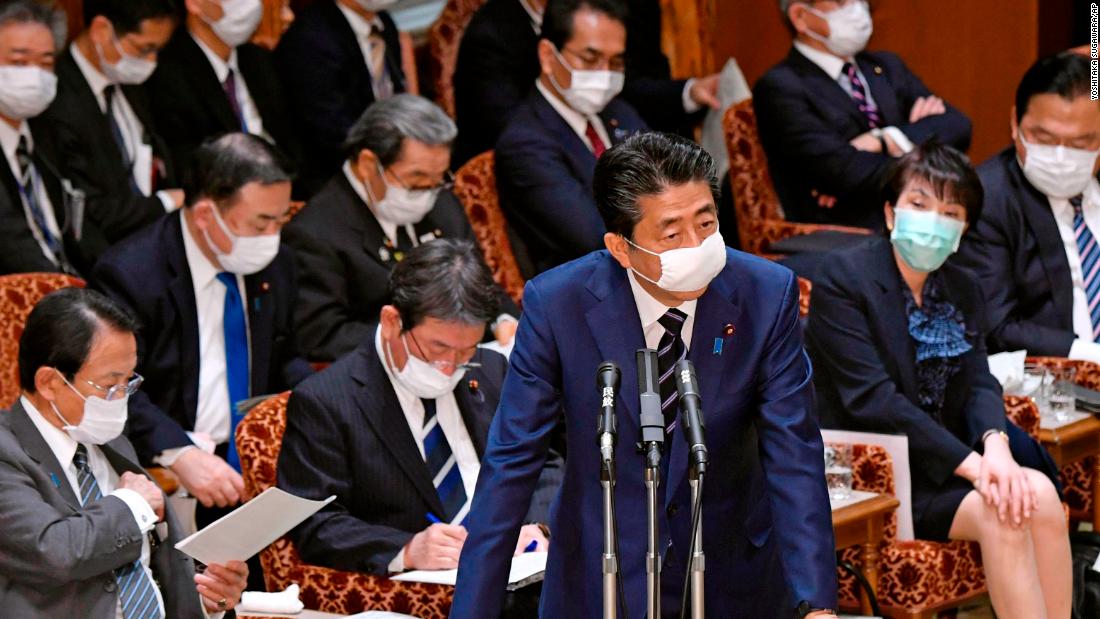 Last week, a team of government experts warned that Japan could have more than 400,000 coronavirus-related deaths if measures such as social distancing are not taken. But most deaths, they warned, could result from a lack of ventilators.
This week, Japan ramped up the number of testing facilities in Tokyo and other prefectures. But experts say medical shortages combined with comparatively low testing rates and Japan’s lack of provision for teleworking means stricter measures will need to be enforced in order to bring the caseload down.
Since the start of the coronavirus outbreak, politicians have come under immense fire for their handling of the crisis, with many health experts warning of Japan’s low testing capabilities and slow government responses. By mid-April, Japan had only tested about 90,000 people, compared with more than 513,000 in South Korea, which has a population of 51 million, compared to Japan’s 127 million.