Khan, an icon of Indian cinema who had a string of Anglo-American successes under his belt, including Slumdog Millionaire, Life of Pi and Jurassic World, has died in Mumbai 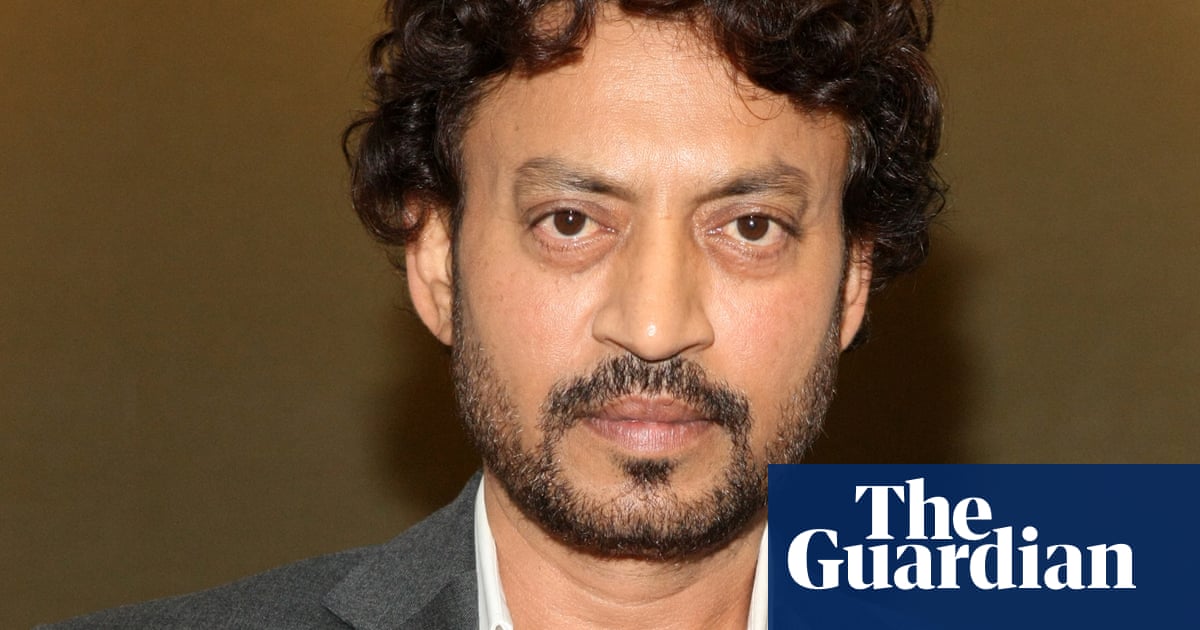 Irrfan Khan, one of Bollywoods most beloved stars who had achieved considerable success in the west, has died aged 53.

He had been admitted to the intensive care unit of Mumbais Kokilaben hospital on Tuesday with a colon infection and on Wednesday morning a statement was released confirming his death.

Its saddening that this day, we have to bring forward the news of him passing away, read the statement. Irrfan was a strong soul, someone who fought till the very end and always inspired everyone who came close to him.

Despite his status as one of Bollywoods most celebrated actors, Khan had a reputation for modesty and integrity and news of his death sent India into mourning, prompting actors, fans and politicians from across the world to express their sadness at his death.

Indian prime minister Narendra Modi said that Khans demise was a loss to the world of cinema and theatre. He will be remembered for his versatile performances across different mediums. My thoughts are with his family, friends and admirers. May his soul rest in peace.

The charisma you brought to everything you did was pure magic, tweeted Priyanka Chopra. Your talent forged the way for so many in so many avenues. You inspired so many of us. Irrfan Khan you will truly be missed. Condolences to the family.

Indian politician Rahul Gandhi described Khan as a versatile and talented actor who would be greatly missed while Delhi Chief Minister Arvind Kejriwal said India had lost one of the most exceptional actors of our time.

In March 2018, Khan revealed he had been diagnosed with a neuroendocrine tumour, but after extensive treatment he recovered well enough to shoot Angrezi Medium, the film that would turn out to be his last, and whose release this March was cut short because of the coronavirus pandemic.

Best known to English-speaking audiences as the police inspector in Slumdog Millionaire and for his roles in Jurassic World and Life of Pi, Khan was a Bollywood mainstay, acting in hits such as Haider, Piku and Hindi Medium.

I always object to the word Bollywood, he told the Guardian in 2013. I dont think its fair to have that name. Because that industry has its own technique, its own way of making films that has nothing to do with aping Hollywood. It originates in Parsi theatre.

Khan was born Saahabzaade Irfan Ali Khan in Jaipur in 1966, the son of a tyre seller, and went to drama school after failing as a cricketer. He struggled to make headway in the film industry, despite being cast in a small role as a letter writer in Mira Nairs 1988 Salaam Bombay! to his frustration he only managed to find regular work in low-grade TV soap operas.

I came into this industry to tell stories and do cinema and I was stuck in television, he told the Guardian.

Khans breakthrough role came from an unlikely source: the feature debut of then-unknown British director Asif Kapadia, whose low budget samurai-esque tale, The Warrior, was shot in India. Released in 2002, The Warrior was selected for the prestigious San Sebastin film festival and won the Bafta award for best British film. Khan subsequently broke into mainstream Indian films, often playing cops or villains including the title role of Maqbool, an adaptation of Shakespeares Macbeth set in the Mumbai underworld. More orthodox Bollywood productions followed, such as Rog and the slice-of-life musical Life in a Metro.

Khan also maintained a parallel career in British-American cinema: he played the chief of police in Michael Winterbottoms A Mighty Heart, and another police officer in Slumdog Millionaire, which won eight Oscars. In later roles, he became a reliable standby character actor in big-budget Hollywood films, playing a doctor in The Amazing Spider-Man in 2012 and businessmen in Jurassic World (2015) and Inferno (2016). In 2012, he also played the adult version of the lead character in another Oscar-winner: Life of Pi, directed by Ang Lee. Director Wes Anderson said he specifically wrote a small role for Khan in his film The Darjeeling Limited just so they could work together.

Meanwhile, Khan found box-office success with the Indian-produced art film The Lunchbox, in which he played an accountant who strikes up a letter-writing romance with unhappy housewife Nimrat Kaur. Khan also continued his high Bollywood profile with significant roles in the Amitabh Bachchan comedy Piku and Hindi Medium, as a rich businessman trying to get his daughter into a good school.

Khan is survived by his wife, Sutapa Sikdar, and sons Babil and Ayan.