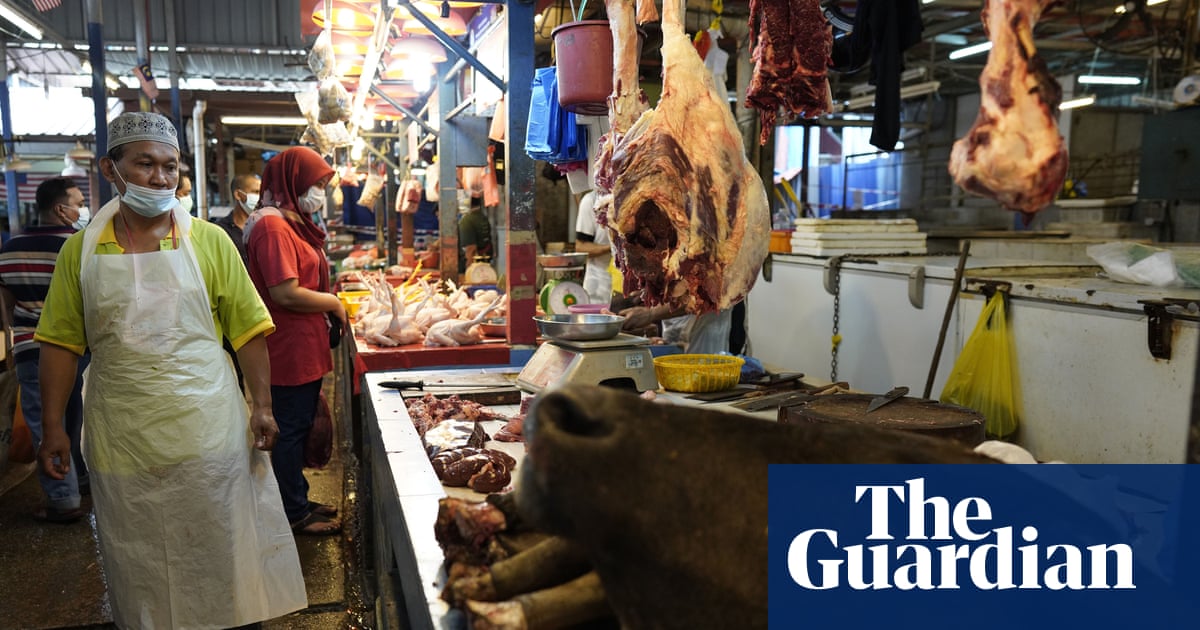 The coronavirus pandemic is likely to be followed by even more deadly and destructive disease outbreaks unless their root cause the rampant destruction of the natural world is rapidly halted, the worlds leading biodiversity experts have warned.

There is a single species responsible for the Covid-19 pandemic us, they said. Recent pandemics are a direct consequence of human activity, particularly our global financial and economic systems that prize economic growth at any cost. We have a small window of opportunity, in overcoming the challenges of the current crisis, to avoid sowing the seeds of future ones.

Professors Josef Settele, Sandra Daz and Eduardo Brondizio led the most comprehensive planetary health check ever undertaken, which was published in 2019 by the Intergovernmental Science-Policy Platform on Biodiversity and Ecosystem Services (IPBES). It concluded that human society was in jeopardy from the accelerating decline of the Earths natural life-support systems.

In an article published on Monday, with Dr Peter Daszak, who is preparing the next IPBES assessment, they write: Rampant deforestation, uncontrolled expansion of agriculture, intensive farming, mining and infrastructure development, as well as the exploitation of wild species have created a perfect storm for the spillover of diseases.

These activities cause pandemics by bringing more people into contact and conflict with animals, from which 70% of emerging human diseases originate, they said. Combined with urbanisation and the explosive growth of global air travel, this enabled a harmless virus in Asian bats to bring untold human suffering and halt economies and societies around the world. This is the human hand in pandemic emergence. Yet [Covid-19] may be only the beginning.

Future pandemics are likely to happen more frequently, spread more rapidly, have greater economic impact and kill more people if we are not extremely careful about the possible impacts of the choices we make today, they said.

The scientists said the multitrillion-dollar economic recovery packages being rolled out by governments must be used to strengthen and enforce environmental protection: It may be politically expedient to relax environmental standards and to prop up industries such as intensive agriculture, airlines, and fossil-fuel-dependent energy sectors, but doing so without requiring urgent and fundamental change essentially subsidises the emergence of future pandemics.

A global One Health approach must also be expanded, they said. The health of people is intimately connected to the health of wildlife, the health of livestock and the health of the environment. Its actually one health, said Daszak.

Furthermore, surveillance programmes and health services need to be properly funded in nations on the frontlines of pandemic risk, they said: This is not simple altruism it is vital investment in the interests of all to prevent future global outbreaks.

Daszak said: The programmes were talking about will cost tens of billions of dollars a year. But if you get one pandemic, even just one a century, that costs trillions, so you still come out with an incredibly good return on investment.

Business as usual will not work. Business as usual right now for pandemics is waiting for them to emerge and hoping for a vaccine. Thats not a good strategy. We need to deal with the underlying drivers.

In March, the UNs environment chief, Inger Andersen, told the Guardian nature is sending us a message with the coronavirus pandemic and the ongoing climate crisis. She said failing to take care of the planet meant not taking care of ourselves.

Last week, the UN secretary general, Antnio Guterres, said governments must seize the opportunity to build back better after the pandemic by creating more sustainable and resilient societies.

Prof Thomas Lovejoy, at the United Nations Foundation and George Mason University in the US, who coined the term biological diversity in 1980, said on Saturday: [The pandemic] is not natures revenge; we did it to ourselves.

It is the consequence of our persistent and excessive intrusion in nature and the vast illegal wildlife trade, and in particular the wildlife markets, the wet markets, of south Asia and bush meat markets of Africa, he said. Earlier in April, a major study found that the human impact on wildlife was to blame for the spread of viruses.

In the new article, the biodiversity experts said: We can emerge from the current crisis stronger and more resilient than ever, [by] choosing actions that protect nature, so that nature can help to protect us.