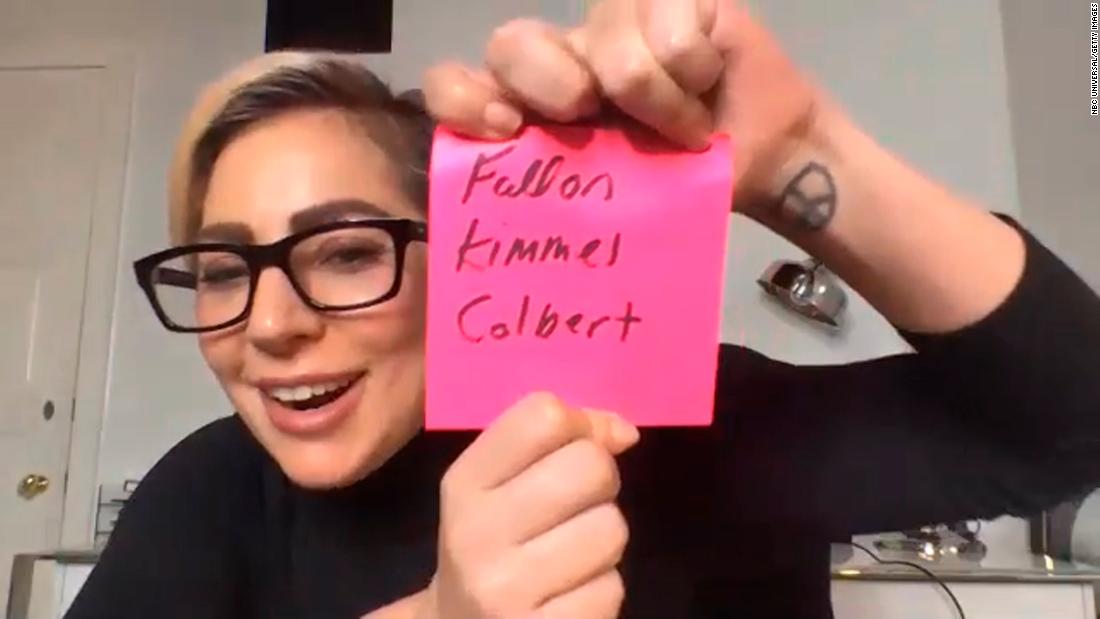 (CNN)As concerts and festivals continue to get canceled because of coronavirus, more and more events are happening via digital platforms.

The event — which will feature dozens of celebrities and musicians — will be hosted by Jimmy Fallon, Jimmy Kimmel and Stephen Colbert.
Here’s what else you should know about the event, taking place on Saturday.

What is One World?

The event, a collaboration between the World Health Organization and Global Citizen, is meant to encourage people to take action against the spread of coronavirus by staying home and calling on elected officials. Lady Gaga also helped curate the event.
The multi-hour event is like a cross between a public health conference and a concert. According to the website, artists, global health experts and world leaders will all be featured, and you can expect an orthodox blend of performances mixed in with talks.

Everyone from Usher and Taylor Swift, to the Rolling Stones and Lady Gaga, to Oprah Winfrey and Bill and Melinda Gates is set to make an appearance. The full list is on the event website, and it’s quite an eclectic group.

How can I tune in?

There are a few ways.
If you’re in the US, a linear broadcast will be held from 8 p.m. to 10 p.m. ET on NBC, CBS and ABC. In the UK, the linear broadcast will air Sunday, from 7 p.m. to 9 p.m. BST on the BBC.
But there will also be a digital stream running online from 2 p.m. to 8 p.m. ET on multiple platforms, including Amazon Prime Video, Apple, Facebook, Instagram, TIDAL, Twitch, Twitter, Yahoo and YouTube.