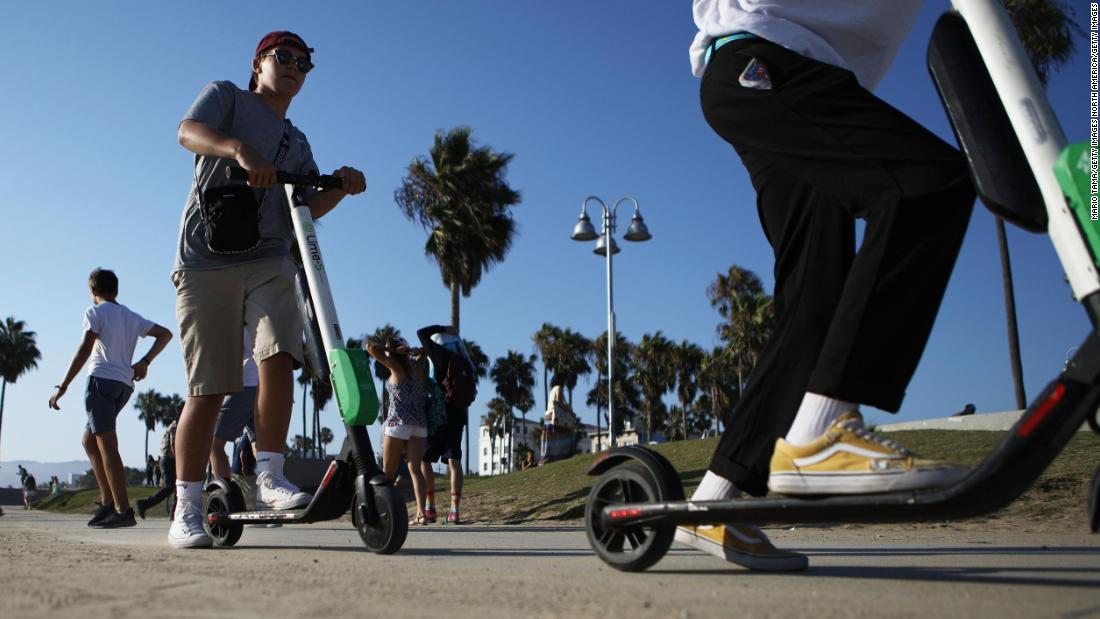 (CNN)Electric scooter boards, zipping past with their often helmet-free riders balanced atop, are rolling into American cities — like my hometown of Atlanta — at breakneck speed. Really. You could break your neck on one.

I’m not holding my breath that e-scooter companies will step up to their responsibility: it’s America and there’s too much money to be made. What will control this e-scooter proliferation is waves of personal injury lawsuits (firms are already gearing up) that will regulate to some extent where dysfunctional city and state government have failed to do so.
Meanwhile, I have a premonition I’ll be writing something similar to this piece in 10 to 15 years, when rental jetpacks dumped on park benches start careening their customers into power lines and office towers. Could we try to get it right first, before that happens?
Correction: An earlier version of this article incorrectly stated that the Iowa man who lost control of his drone and injured a baby was fined $190. He was fined $160.