The haunted doll look of Donald Trumps son-in-law has attracted a lot of attention. When people comment on famous women and surgery there is often a backlash, but should the same apply here? 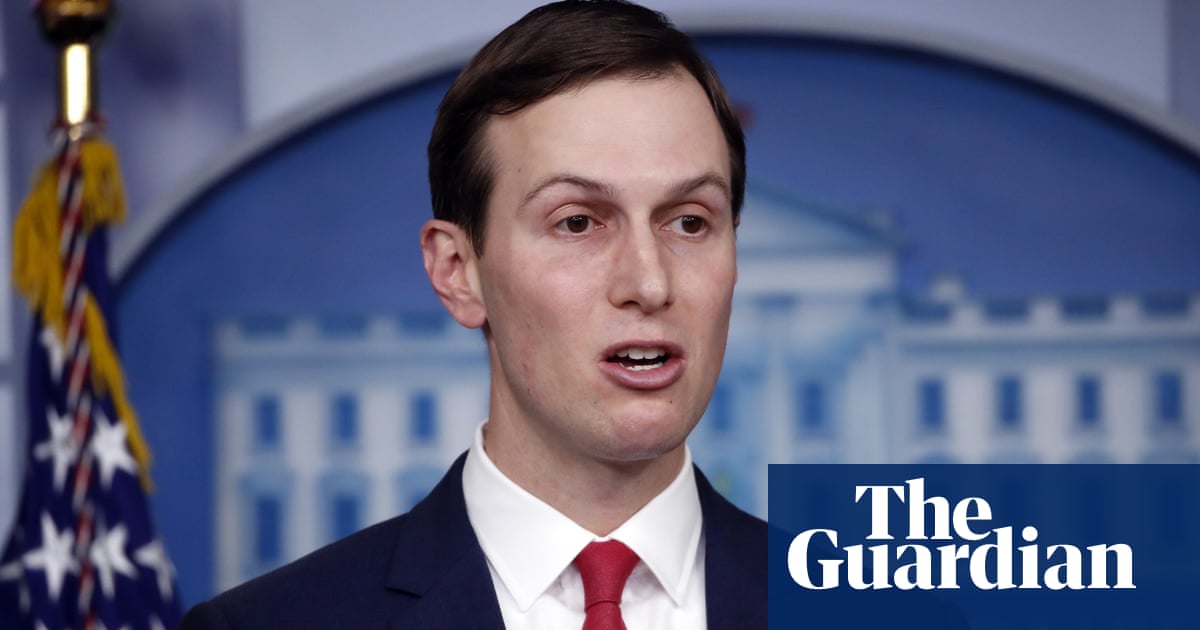 What has happened to Jared Kushners face?
Richard, by email

People get a little antsy about the subject of cosmetic surgery: they dont like to be asked if they have had it, and public speculation over whether someone else has had it is generally considered to be de trop. I dont really get this. Maybe its because I am 100% the worlds worst liar, but pretending to not see that someones face has completely changed is a form of magical thinking that is just beyond my capabilities.

This column touched on this subject briefly four years ago when a male film critic got in trouble for pointing out that Rene Zellweger no longer really looks like Rene Zellweger. My feelings remain unchanged: anyone who can convincingly claim they dont see it when an actor looks suddenly incredibly different should win an Oscar themselves.

But whats more interesting than an actor changing their face is why they may have felt the need to do so. The cause rather than the effect, you see, and this is generally absent in discussions in celebrity magazines about whos gone for the tuck?????. According to 2015 figures from the American Society for Aesthetic Plastic Surgery, men account for only 10% of cosmetic surgical procedures. Thus, articles about cosmetic surgery have focused on sneering at women for getting it and ignored the truth that women feel they have to because if they dare to look a day over 30 they will be on the professional, sexual and social slag heap. Hence the subject is seen by more sensitive types as a bit tricky and unsisterly, and one any good liberal soul should stay away from.

Until we come to Jared Kushner. Now, I dont like Kushner. Chances are, you dont like Kushner. It is incredibly hard to like someone who believes he can cure the Middle East, Americas opioid crisis and coronavirus when he has repeatedly proven to be barely able to put his shoes on after his socks.

But that is by the by here, because there are lots of people I dont like Kushners wife, Kushners in-laws, Kushners father, pretty much everyone connected to him, actually. And yet I dont spend my time wondering if any of them have had cosmetic surgery. (This is not entirely true: I have been known to Google Ivanka Trump original nose, but thats because Im an intellectually curious journalist.) But Kushner: have you seen his face recently? Looking at photos of him from 2015 (dimpled, crinkle-eyed, generically cute) and photos of him now (hollow-cheeked, round-eyed, vision of evil), you can see he is the greatest PSA against changing your face since Jocelyn Wildenstein, AKA the Bride of Wildenstein.

Chat about Kushners face started last year after he was interviewed on HBO and his weirdly dewy and immobile skin led some to compare him to a wet, haunted doll. This has stepped up a notch after his appearance this month to explain to the media how he a man whose father may have bought him his college acceptance (the family denies this) will cure coronavirus. We will, in all likelihood, never know what is happening with Kushners face, but we can state, with absolute certainty, that the man is an idiot.

What makes speculation about Kushners face so fascinating, and guilt-free, is that he is hardly the typical candidate for such speculation: he is a 39-year-old man, who is lets be generous here some kind of political-slash-businessperson. So I dont think we can blame the patriarchy for any possible tweakments. But what is going on? The obvious answer is that he sold his soul to the devil when he took his 10 million jobs in his father-in-laws administration, and what we see now is the discarded husk Satan looked at, after eating the soul, and thought: These scraps? Not even hell needs them.

But this is not Kushners first time at the rodeo of awful people. After all, his father once paid a prostitute to seduce his sisters husband, William Schulder, and then sent the tape to his sister, as revenge for Schulder testifying against him when he was being investigated for tax evasion and illegal campaign donations. Kushners father ended up serving time, so lil Jared was hardly an innocent babe when he hooked up with the Trumps. And yet, he looked like a normal person. Well, as Sally says to Harry in the movie: You look like a normal person, but actually you are the angel of death. Serving time in Trumps White House has revealed Kushners true nature through his face. Well that, or an absolute ton of Botox.