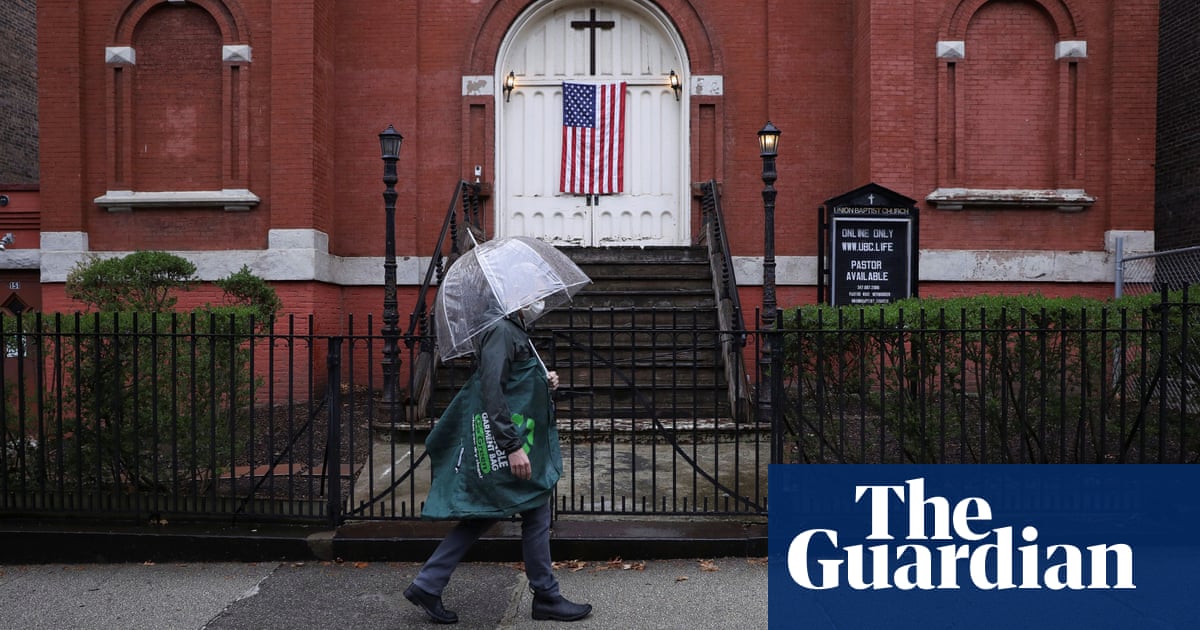 The US infectious diseases authority, the CDC, has urged millions of residents in three states touching the New York City region to avoid non-essential travel, citing extensive spread of coronavirus among the population.

The bulletin spanning three states was issued after a verbal confrontation between Donald Trump and the New York governor, Andrew Cuomo, sparked by the presidents suggestion that the state and others might be placed under quarantine to contain the Covid-19 virus. Trump backed away from the idea after Cuomo likened it to a declaration of war by the federal government against the states.

Due to extensive community transmission of Covid-19 in the area, CDC urges residents of New York, New Jersey and Connecticut to refrain from non-essential domestic travel for 14 days effective immediately, said the warning, issued late on Saturday, local time.

The travel advisory said employees of trucking, food supply, financial services and some other industries were exempt and state governors had full discretion over how to carry out the advisory. The United Nations, based in New York, donated 250,000 face masks to the city. Cuomo delayed the states presidential primary from 28 April to 23 June.

The number of confirmed deaths in the US passed 2,000 on Saturday, more than double the level two days earlier. Worldwide infections surpassed 660,000 with more than 30,000 deaths, according to a tally by Johns Hopkins University. More than 135,000 people had recovered, it said.

The US has more than 120,000 reported cases, the greatest number in the world. Italy has more than 10,000 deaths, the most of any country, followed by Spain, China, Iran and France. The disease has spread to other major US cities including Detroit, New Orleans and Chicago and into rural America, where hotspots erupted in midwestern towns and Rocky Mountain ski resorts.

The Illinois governor, JB Pritzker, said an infant with Covid-19 had died in Chicago. In Detroit, which has a large low-income population, the death toll rose to 31, with 1,381 infections as of midday Saturday. The trajectory was more steep than that of New York, said Dr Teena Chopra, a director at the Detroit Medical Center.

Britains prime minister, Boris Johnson, who is in self-isolation with Covid-19, is to warn British households in a letter that the virus epidemic will get worse before it gets better and a tougher lockdown may be necessary.

The Zandam cruise ship, which has hundreds of passengers on board including at least 130 with flu-like symptoms, has been granted passage through the Panama canal. Four people on the ship have died and two of those with symptoms have been diagnosed with Covid-19.

Elsewhere, the Russian prime minister, Mikhail Mishustin, ordered borders closed from Monday. Vietnam cut back domestic airline flights and ordered restaurants, shopping malls and other businesses deemed non-essential to close for at least two weeks. Gatherings of more than 20 people were banned and the government urged companies to allow employees to work from home if possible. Vietnam has quarantined nearly 60,000 people who entered the country from affected nations or had contact with infected people, according to the health ministry.

On the European continent, governments including Italy, Spain and France have continued lockdowns. Germany has fewer deaths than some neighbouring countries but 12 residents of a nursing home in the northern town of Wolfsburg have died since Monday, according to the DPA news agency.

Italy has been under lockdown for almost three weeks. The prime minister, Giuseppe Conte, has signed a decree freeing up 400m (US$447m) for coupons and packages of food aid to be delivered door-to-door if necessary.

New Zealand reported its first death on Sunday, while in Australia the toll stood at 16 deaths from 3,809 confirmed cases.

Thailand has reported 143 new cases, bringing the total to 1,388, with one new death bringing total reported fatalities to seven.

As other governments tightened controls, China eased more restrictions following the Communist partys declaration of victory over the coronavirus. Subway and bus service resumed on Saturday in Wuhan, the centre of the global outbreak. Restrictions that bar Wuhan residents from leaving the surrounding province of Hubei are due to end on 8 April.