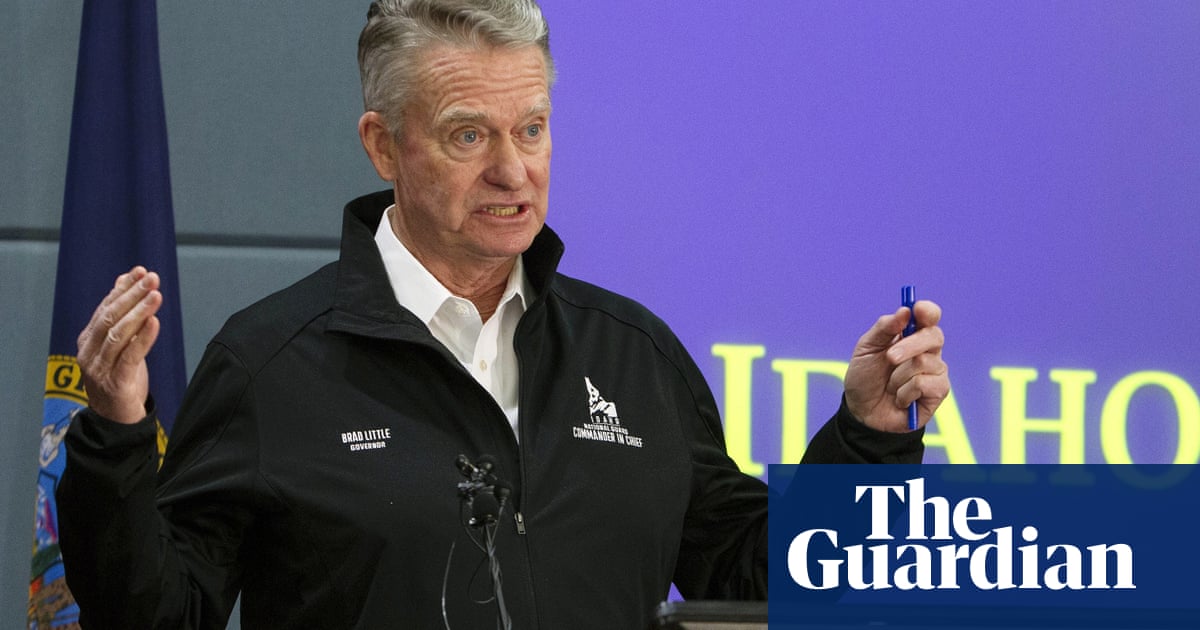 Two civil rights groups filed a federal lawsuit on Wednesday challenging a new Idaho law banning transgender women from competing in womens sports, the first such law in the nation.

The American Civil Liberties Union and Legal Voice filed the lawsuit contending the law violates the US constitution because it is discriminatory and an invasion of privacy. The groups also said the law scheduled to take effect on 1 July is a violation of Title IX, the 1972 law that bars sex discrimination in education. The groups in the 60-page lawsuit ask the court to permanently prevent Idaho from enforcing the law.

Last month Idahos Republican governor, Brad Little, signed the ban into law. It received overwhelming support in the states Republican-dominated house and senate, but no support from Democrats.

The ban applies to all sports teams sponsored by public schools, colleges and universities. A girls or womens team will not be open to transgender students who identify as female. Backers said the law, called the Fairness in Womens Sports Act, is needed because transgender female athletes have physical advantages.

Wednesdays lawsuit contends the law violates the 14th amendments equal protection clause because it is discriminatory and the fourth amendments protections against invasion of privacy because of tests required should an athletes gender be challenged.

Two plaintiffs are bringing the lawsuit. One is an unnamed Boise high school student who is cisgender. The other is Lindsay Hecox, a student at Boise State University who hopes to qualify for the womens cross-country team. She competed on the boys team at a Moorpark, California, high school before transitioning after graduating.

I would like to compete as a female, she said. We shouldnt have our privacy invaded. If people started questioning me, I wouldnt want to be subjected to multiple tests.

College sports governing body, the NCAA, has a policy allowing transgender athletes to compete. But the sponsor of the Idaho law, Republican Barbara Ehardt, has called the NCAA policy permissive.

The Idaho law is one of two anti-transgender bills signed into law by Little in March. The other, which takes effect this summer, prohibits transgender people from changing the sex listed on their birth certificates, and is almost certain to be challenged in court.

A third proposed Idaho law that would have criminalized treating transgender youth for gender dysphoria died in a house committee after the chairman decided to not have a vote on the measure.