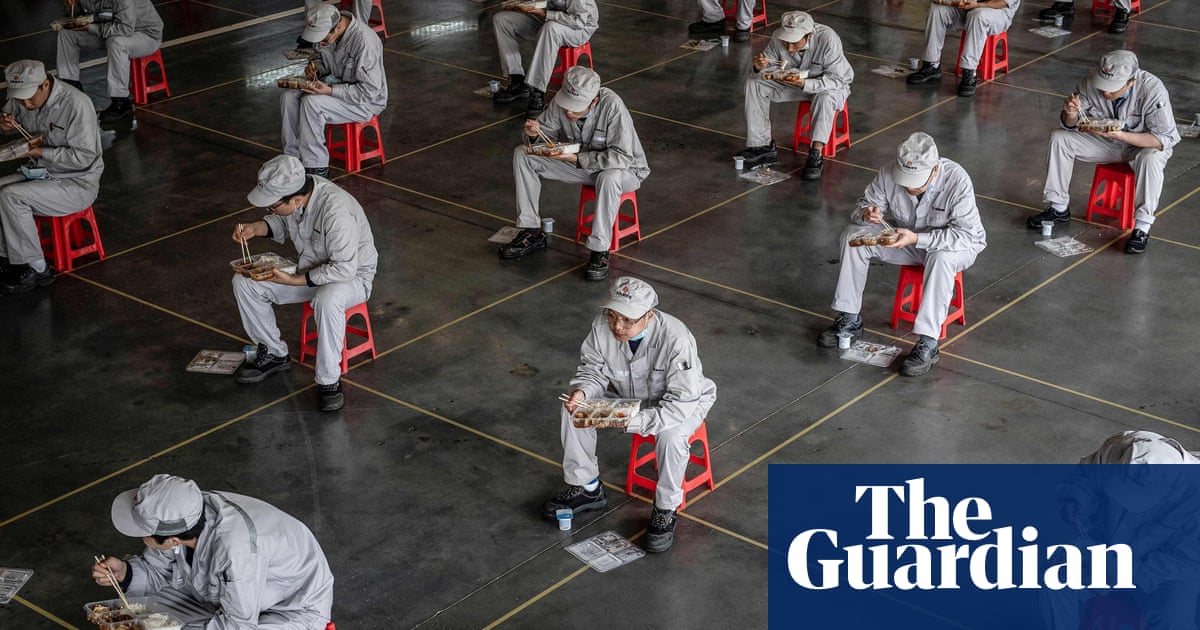 Chinas economy shrank 6.8% in the three months of 2020, the countrys first such contraction on record and a stark sign of the financial impact of the coronavirus pandemic.

The news came as Chinese authorities revised the death toll in Wuhan, the hardest hit city and where the virus first emerged, up by 50%, to 3,869 from 2,579.

Citing the number of patients who had died at home before reaching hospital, as well as late and inaccurate reporting, the citys task force on virus prevention and control said: Every loss of life during the epidemic is not just a source of sorrow for their family, but for the city as well. We would like to send our sincere sympathies to the family members.

The economic contraction, reported by Chinas National Bureau of Statistics on Friday, comes after months of paralysis as the country went into lockdown to contain the virus, which emerged in central Hubei province in December. It has now infected more than 2 million people globally and killed more than 140,000.

While much of the rest of the world grapples with the virus, China appears to have overcome the worst of it. On Friday, it reported 26 new confirmed cases, the lowest daily total in two weeks.

As Beijing struggles to restart the economy, it also faces accusations it suppressed vital information about the outbreak in the initial stages, allowing the virus to spread. US officials have also accused China of obscuring the real number of infections and deaths.

On Thursday, Chinese leader Xi Jinping hit back in a phone call with Russian president Vladimir Putin. Speaking after Donald Trump criticised China for not sharing data more quickly, the two sides emphasised the counter-productiveness of such accusations.

Without referring directly to the White House, Xi said politicising the pandemic was detrimental to international cooperation, according to state-run news agency Xinhua. The agency reported that Putin said attempts by some people to smear China were unacceptable.

Washington has said it is investigating the origins of the coronavirus, including the possibility it escaped from a laboratory in Wuhan, close to a seafood market where the first cluster of cases was reported.

On Thursday, Chinas foreign ministry spokesperson Zhao Lijian said: Id like to remind you that the WHO has repeatedly stated that there is no evidence showing the virus was made in a lab. Many renowned medical specialists in the world have also debunked the lab leakage theory as not science-based at all.

China has reported more than 3,000 deaths and 80,000 infections from the coronavirus. Even as Chinese authorities over the past month have pushed to restart the economy, fears of new infections have forced some parts of the country to enact new restrictions. China has closed its borders to almost all foreigners arriving from abroad and limited international flights.

Depressed demand from overseas is likely to hit the Chinese economy further. Chinas first quarter contraction follows declines in 2019, which saw the Chinese economy expand at its slowest pace in almost 30 years, the result of slowing consumption, a pull back on debt-fuelled growth, and a protracted trade war with the US.

Analysts polled by Reuters estimate Chinas yearly growth for 2020 will slow to 2.5% from 6.1% last year, the weakest pace since the last year of the Cultural Revolution.

Fridays data showed that industrial output fell by 1.1% in March, a better-than expected drop. Retail sales, a measure of consumption, fell 15.8%, steeper than predicted, while fixed asset investment, a gauge of spending on infrastructure projects, equipment and property, fell 16% in line with expectations.

Other developments in the coronavirus pandemic included: