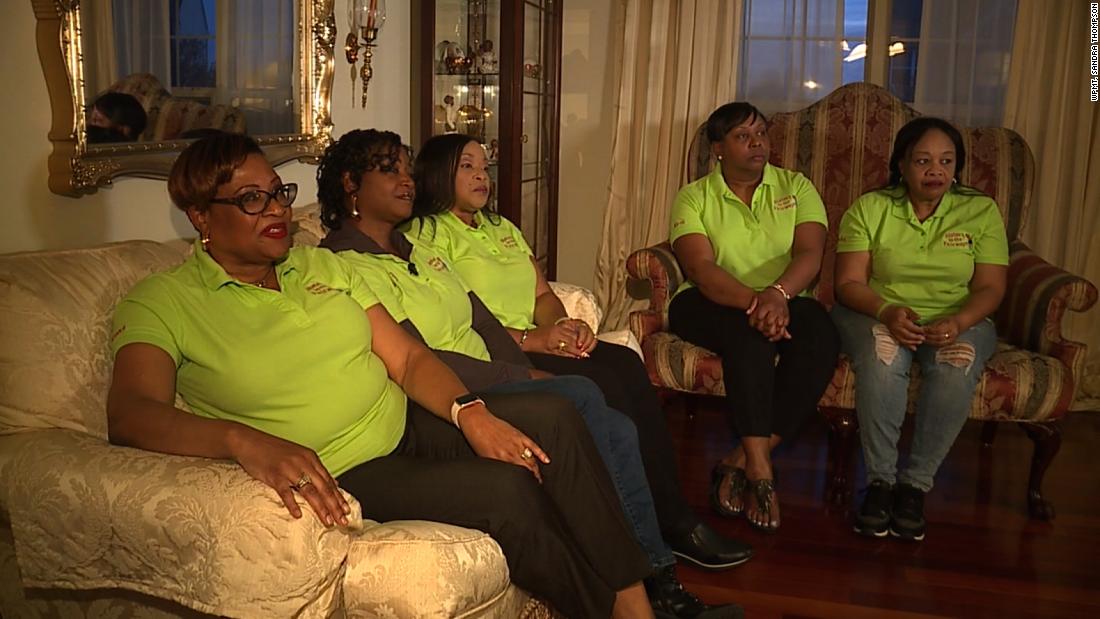 (CNN)Two African American women who allege that management at a Pennsylvania golf course mistreated them when they called police because they were playing too slow have now filed a lawsuit claiming racial and gender discrimination.

The lawsuit seeks a jury trial and requests compensatory and punitive damages but does not list a specific amount.
An investigation by the Pennsylvania Human Relations Commission found that the women had probable cause that they were “profiled, harassed, evicted and subjected to different terms and conditions of service because of their protected classes,” and granted them the right to sue, according to the lawsuit.
CNN has reached out to Brew Vino for comment but has not received a response.

According to the lawsuit, the plaintiffs had recently bought memberships to the golf course and decided to put them to use for the first time on April 21, 2018. Although their group was one person more than the Grandview’s usual limit, the person who checked them in allowed them to proceed. Frost had delayed play earlier in the day, the lawsuit says, so their tee time was pushed from 10 a.m. until sometime between 10:39 a.m. and 11:12 a.m.
Once they were two holes in the game, Steve Chronister, who identified himself as the owner of the course, told one member of the group that they were moving too slowly, the lawsuit alleges. The women contend in the lawsuit that they weren’t playing slowly, and say one of them told Chronister that he was treating them differently than the other players on the course.
After this interaction, the lawsuit alleges that Chronister called 911 to say they weren’t following policy. An officer came to the location, but Chronister asked her not to confront them because they had moved ahead, the lawsuit says.
After completing the first nine holes, three of the five women left because of their experience earlier in the day, the lawsuit alleges. Myneca Ojo and Sandra Thompson continued playing the rest of the course, the lawsuit says. When another group arrived at tenth tee at the same time as them, the lawsuit states, the group told them to go ahead because they were taking a break. When the women started to play, Jordan Chronister, an employee at Grandview, came up to the women and told them they could not “cut people off,” according to the lawsuit.
Both Thompson and a man from the other group explained the situation, but an argument started between the women and management, which was captured on video, the lawsuit says.
Grandview attempted to refund the cost of their memberships on the spot, but the women declined. At this point, Steve Chronister called 911 again, the lawsuit says. It is unclear if the women left on their own or were escorted by police.
Steve and Jordan Chronister, as well as the other defendants in the lawsuit, did not respond to a request for comment.
The lawsuit cites information from a PHRC hearing in which a golfer in the group immediately behind the women stated his group was not held up and that he felt the women were being targeted.
The lawsuit also claims that Steve Chronister defamed the women in public statements to the media, specifically in regard to a comment made to the York Daily Record in February of this year, after the PHRC ruling giving the women the right to sue.
“Throughout the hearings, the five accusers testified under oath and before this kangaroo court, asserting the false claims and ultimately committing perjury, which I can prove,” Steve Chronister was quoted as saying in a February 25 article.

In a statement to CNN, the lawyers representing Ojo and Crosby said that the Pennsylvania Human Relations Commission made an objective determination that their clients were harassed, and therefore are continuing to federal court.
“The civil rights violations undertook by representatives of Grandview Golf Course against our clients in April of 2018 continue to shock the conscience of civil-minded Americans,” attorneys John L. Rollins and Mary H. Powell said.
Crosby told CNN Wednesday she is “relieved and happy” by the suit.
“Feels like we will have some sort of closure to this situation,” Crosby said. She also said since the incident they eventually stopped golfing because they “didn’t feel comfortable doing it.”
“This is a small area and there was a lot attention brought to it, we just didn’t feel comfortable doing it,” she said, adding that she occasionally would golf with her husband. “Hopefully this year we will be able to play again once this dies down, we’d like to.”