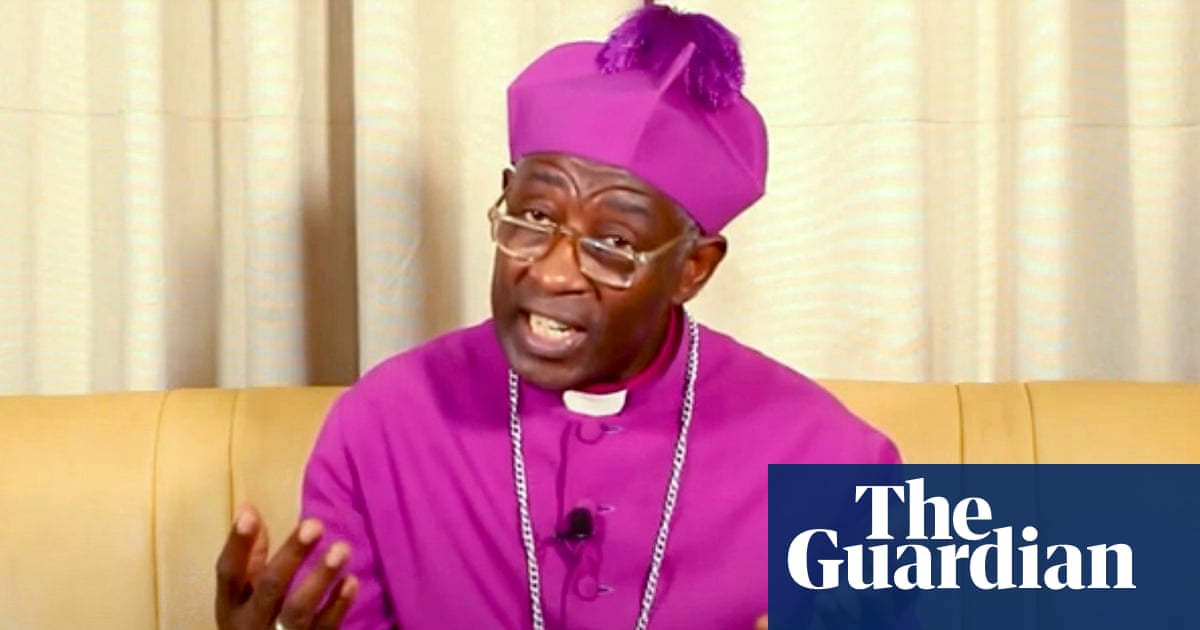 The new archbishop of Uganda has become the first primate of the countrys Anglican church to embrace the use of modern contraceptives after urging women to be very careful to avoid getting pregnant during the Covid-19 lockdown.

The ninth archbishop of the church of Uganda, Stephen Kazimba Mugalu, said in a televised Sunday sermon he is really concerned that many women will get pregnant during the nationwide shutdown. On Tuesday, President Yoweri Museveni extended the initial 14-day lockdown for a further three weeks.

I am really concerned [that] after [this] coronavirus situation we will have many, many women who will be pregnant. Actually we need to be careful. I want to call upon you women dont forget to use your contraceptives because we dont want [you] to have unwanted pregnancies, said Kazimba, who was enthroned as archbishop on 1 March.

These guys are there; they are eating and doing things [having sex]. Be careful because these men they dont care. You women [must] be careful.

Women in Uganda have an average of five children, but just 30% of women use a modern form of contraception.

On his installation service, the archbishop spoke in support of sexuality education – one area that has received mixed reactions. And when he comes up and speaks about the reality – encouraging women who are sexually active not to forget their contraceptives it show that the church is not living in denial, he said.

We applaud the archbishop for speaking out on an issue that is being left out in the Covid-19 messaging, yet is so crucial.

Alain Sibenaler, the country representative for the UN population fund (UNFPA) in Uganda, said: The call is a reflection of the daily realities and the new normal [of] life in Uganda and elsewhere. Couples, women and men still have sex during outbreaks and crises, but forgetting that can be deadly.

Sibenaler added that the UNFPA had worked with the Inter-Religious Council of Uganda to tailor messages about sexual and reproductive health to suit respect different religious teachings.

However, Asia Russell, executive director of the Health Global Access Project, said: Archbishop Kazimba attacked abortion and LGBT Ugandans during his first chance to address the country as archbishop fuelling hate and stigmatising women for seeking essential health services such as abortion, [which] is extremely troubling. His latest comment doesnt change that.

Kazimbas comments have not been universally accepted by other members of the Christian community.

That is his [Kazimbas] view. Its immoral to do that. The stand of the Catholic church is clear. No artificial use of contraception, said John Baptist Odama, archbishop of the Gulu archdiocese.

We dont support any form of modern family planning methods. They are not right. Its unacceptable. Let them [women] learn to follow their cycles. Let them use natural family planning and spacing of children, which will not interfere with their [birth] systems and will not cause harm.

The governments Covid-19 lockdown policies are twisting the knife in, leading to new crises. There has been a massive and egregious failure by the government to protect pregnant women who need health care services, said Russell.

Civil society is calling on the government to declare a blanket exemption on the travel ban for pregnant women, so they can seek proper obstetric care and prevent avoidable maternal deaths.