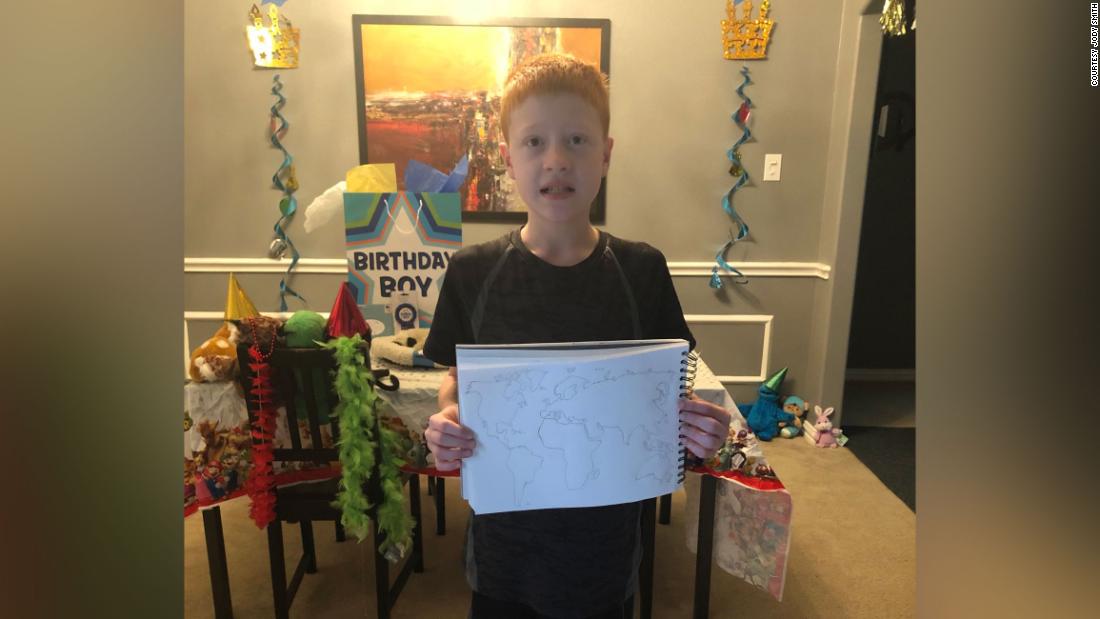 (CNN)Celebrating a birthday while quarantining at home due to a global health crisis doesn’t sound very exciting. But for 12-year-old Brandon Smith, it didn’t turn out too bad.

But because of the coronavirus pandemic, that wasn’t possible this year. So his dad, Jody Smith, came up with something even more special. He turned to Twitter with a unique request.
“This is my son, Brandon,” Smith tweeted on Saturday. “Today is his 12th birthday. I can’t give him the party he deserves but Brandon loves geography. He would love it if you would RT or reply where you are so he can mark it on his map.” 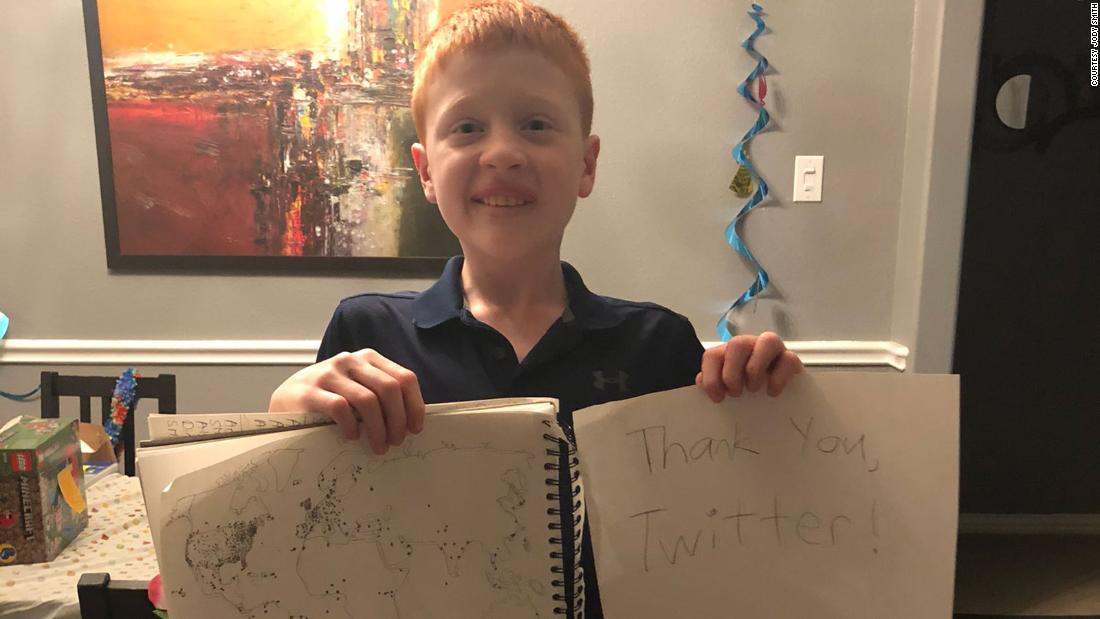 Smith said he only expected a handful of replies, but the tweet ended up going viral. By Saturday afternoon, “Brandon” had become a trending topic on Twitter.
“Brandon really, really likes geography and maps,” Smith told CNN. “So I thought maybe I could reach out to Twitter and I’ll get 50 or 100 people from the United States and Canada, maybe the UK. I never expected it to blow up.”
Instead, thousands of people from all over the world responded with their locations and even photos. Twitter users from as far as Jamaica and India responded. Even some notable accounts — including the Toronto Blue Jays and the governor of Edinburgh Castle in Scotland — joined in the fun. 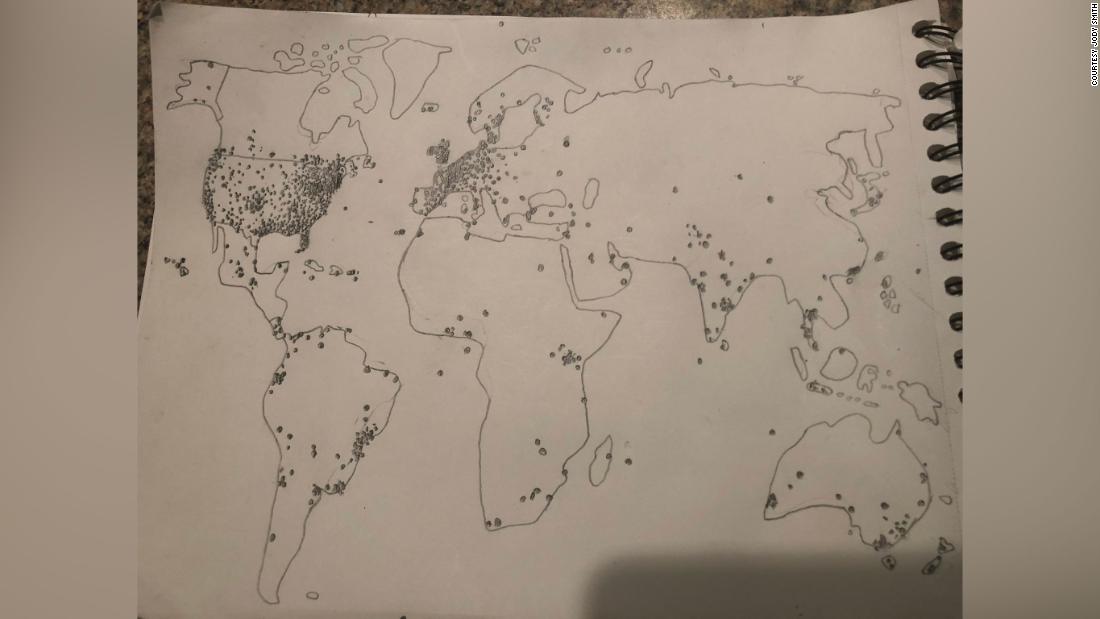 Every time a person responded with a new location, Brandon marked his map with a dot — usually without looking at a reference, except for the more exotic locations with which he wasn’t familiar. Among his favorite replies was a live video from a scientist in Antarctica.
When asked how he felt about the responses, Brandon shyly told CNN that he is “very excited.”
Smith had more to say: “It’s been so refreshing because everyone’s stuck at home and there isn’t much to do, so maybe the timing was right and people were just looking for something positive to rally around. It’s been overwhelmingly positive.”
As for the map’s progress, Brandon will continue to fill it in so long as people keep responding.