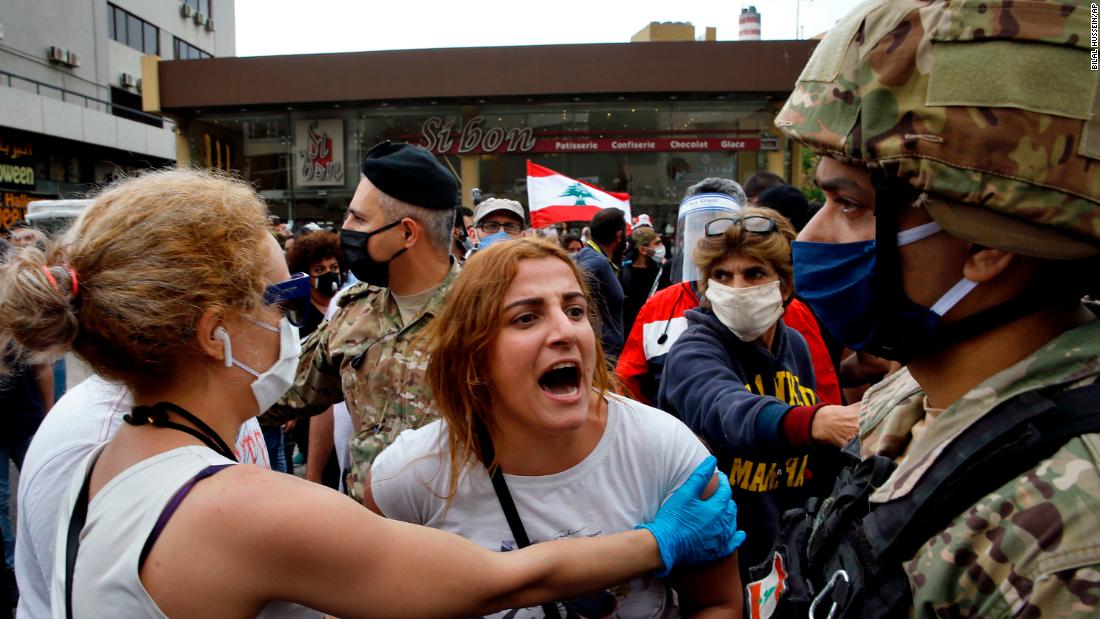 Beirut, Lebanon (CNN)Cash-strapped Lebanon is facing growing turmoil after the fallout from the coronavirus outbreak sparked violent protests over rising hunger and poverty.

Since a popular uprising gripped the country late in 2019, its currency has dropped and it defaulted on its debt for the first time. Now, after nearly two months of lockdown, food prices are soaring and the Lebanese lira is in free-fall.
Prior to the Covid-19 outbreak, the World Bank projected that 45% of people in Lebanon would be below the poverty line in 2020. Now, the government believes that up to 75% of people are in need of aid, Social Affairs Minister Ramzi Musharrafieh told CNN.
“We are hungry,” came the resounding cries from angry protesters as they faced off with security forces during demonstrations that swept through Lebanon’s major cities on Monday. 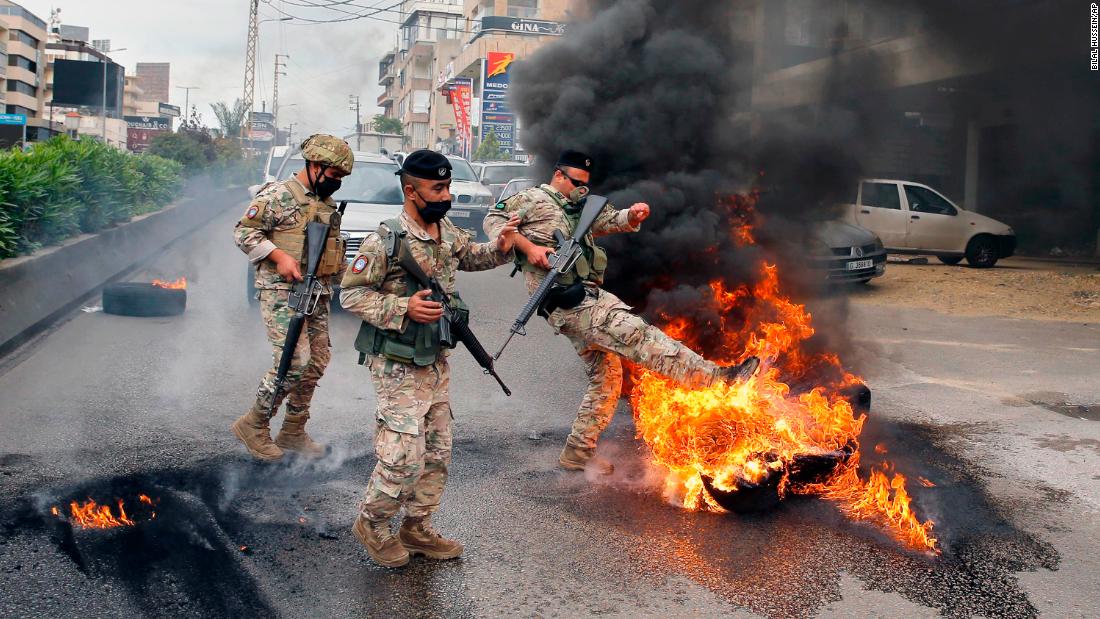 One demonstrator, Fawaz Fouad al-Samman, died on Tuesday morning after sustaining gunshot wounds during clashes with the army in the northern city of Tripoli, his sister and a fellow protester said. The hospital that treated Samman’s wounds confirmed his death to CNN. Protesters dubbed the 26-year-old as “the martyr of hunger.”
In a tweet, the Lebanese army said it was “deeply sorry for the falling of a martyr” during Monday’s protests and said it has opened an inquiry into the death. The military added that rioting was carried out by “infiltrators,” and stated that it “will not tolerate any person in breach of security and stability.”
Tripoli protester Ghassan, who did not want to disclose his full name for security reasons, was with Samman when he was injured. Referring to Lebanon’s uprising, which began in October, Ghassan told CNN: “It was the worst battle we’ve seen since the start of the revolution.”

Protesters return with a vengeance

The demonstrations have renewed after a nearly two-month coronavirus-induced respite in the popular uprising. As the spread of the virus has slowed to less than 10 new reported cases per day, protesters have returned to the streets with a vengeance. The country’s banks have borne the brunt of people’s anger.
Video shot by protesters on Monday showed charred storefronts and an army vehicle on fire as clashes raged between demonstrators and soldiers in Tripoli, Lebanon’s poorest city. Demonstrators cheered after a Molotov cocktail set a bank branch alight, according to the footage.
Clashes renewed on Tuesday afternoon in the center of Tripoli. Security forces fired tear gas at protesters as they tried to set bank branches alight and hurled stones. 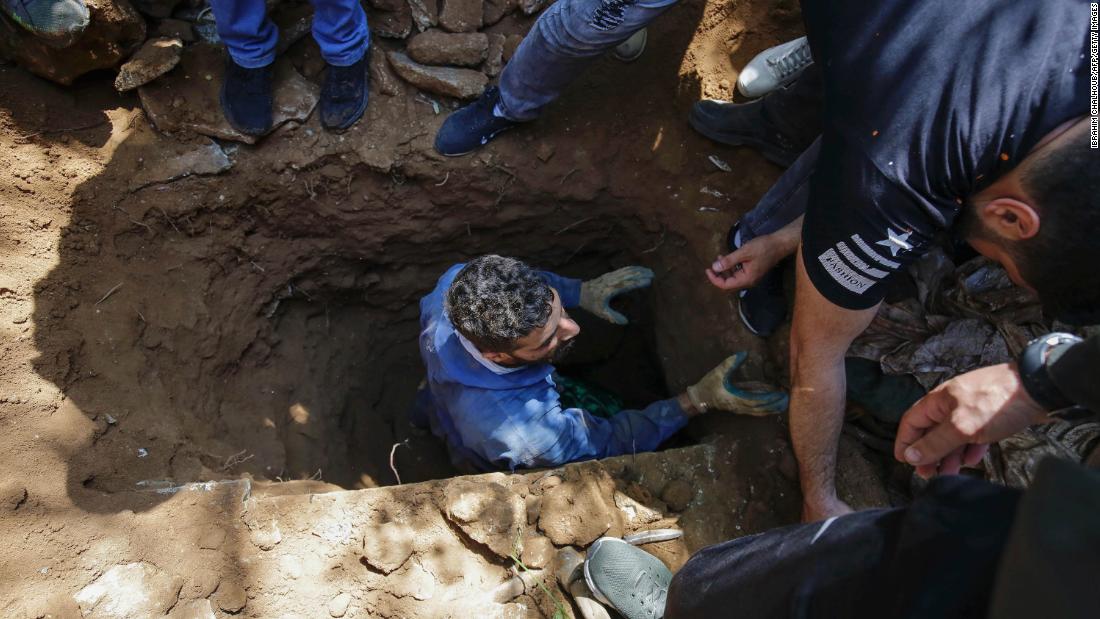 “The problem is that you’re having a combined crisis, between the essential economic crisis and the Covid-19 crisis,” said Musharrafieh. “Unfortunately with the problem of the Covid-19, the situation has been compounded.”
“We’re working hard on an economic plan that could try to pull us out of this situation. We are in a position that is difficult but we are hopeful that we can get out of it,” he added.
Since 2019, the banking sector has imposed discretionary capital controls to avoid a rush on banks. On any given work day, long lines of people can be seen flocking to bank branches trying desperate to convince tellers to allow them to withdraw cash.
Lebanese authorities have resisted calls to formalize these capital controls. Some experts believe this situation disproportionately hurts small depositors, and allows the economic elite to exercise their influence to access their funds.
Those fears were confirmed last weekend when Prime Minister Hassan Diab announced that $5.7 billion was transferred out of cash-strapped Lebanon’s banks in January and February 2020. Diab has been scathing in his criticism of the country’s long-time Central Bank Governor Riad Salame and has called for the bank to be audited.
Sporadic riots against the banks ensued, intensifying on Monday night as more people took to the streets after Ramadan’s nightly Taraweeh prayers.
Diab’s government, which was brought to power by Hezbollah’s parliamentary majority coalition during the country’s uprising, has also been the target of street anger. 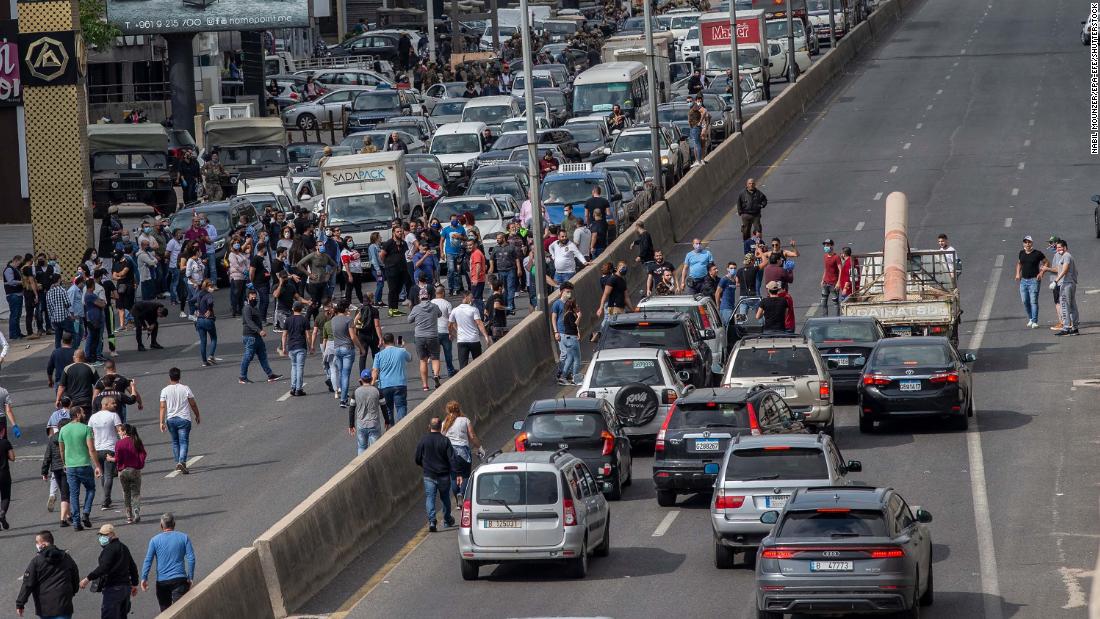 The current cabinet is composed of politically-backed technocrats and has sought to present itself as an independent body. But praise for its steps to combat corruption — such as the unprecedented criticism of Salame — has been reserved, with many protesters dismissing the cabinet as a puppet government for the Iran-backed political and militant group Hezbollah.
When parliament met for the first time since the coronavirus outbreak last week, protesters took to the streets to voice their disapproval of the government. Wearing medical masks and staging demonstrations in their vehicles, the protesters attempted to practice social distancing while mounting pressure on Diab’s cabinet.

‘Coronavirus is the least of their concerns’

The government has received some credit for largely succeeding in preventing a major outbreak of the virus so far. But it is also being criticized for mishandling its aid program for the country’s poor.
Aid distribution has been repeatedly delayed due to political wrangling, drawing the ire of the country’s growing legions of impoverished people who have thrown their caution over coronavirus to the wind.
“I think the coronavirus is the least of their concerns,” Mira Minkara, a Tripoli tour guide, entrepreneur and activist told CNN.
“People are really, really desperate. What happened yesterday is an authentic reaction to the desperation, to the frustration and to the pain that people are feeling,” she said. “It’s not normal pain. It’s the pain of when you’re hungry, you’re angry and you’re sad that you can’t pay rent any more and you can’t eat.”
Across Lebanon, people scrounge garbage dumps for food and beg passersby for bread. Less visible are the country’s most vulnerable communities — refugees and migrant workers — who activists say suffer from unprecedented levels of food insecurity. 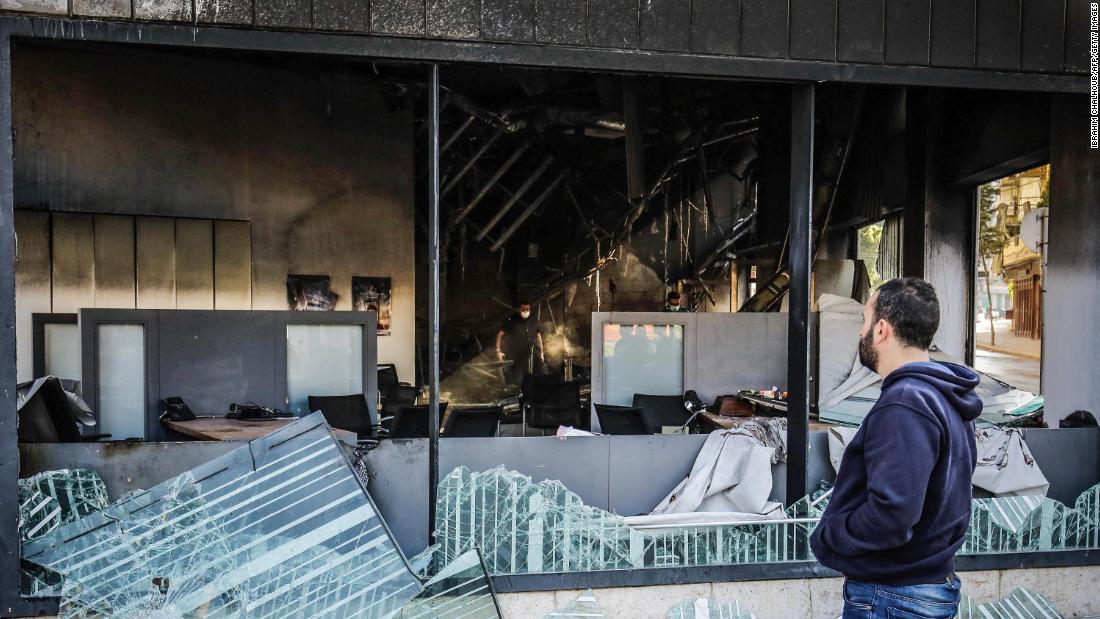 According to the International Rescue Committee, 87% of refugees in the country lack food, and a majority fear eviction. Migrant rights activists point to growing unemployment among largely Asian and African female migrant workers, which has forced them out of homes and into crammed tiny apartments which they share with other workers.
In Tripoli, the main protest site of Al-Nour is looking increasingly grim. Once a place where jubilant protesters sang songs about a better future in October, the square now bears the scars of confrontation and the floor is scattered with bullets. The protesters warn that the demonstrations will take an even darker turn.
“The reason for the riots that happened yesterday is hunger and the theft of people’s money,” said protester Ghassan. “Now the country is below zero and people are dying of hunger.
“But soon this hunger will eat the rulers. What’s to come is worse … shame on them.”

How does India, a country of 1.3 billion people, have around 1,000 coronavirus deaths?