Skepticism abounds over 157-acre LA-area lot once linked to Brad Pitt and an Iranian shah, amid questions over sellers motivations 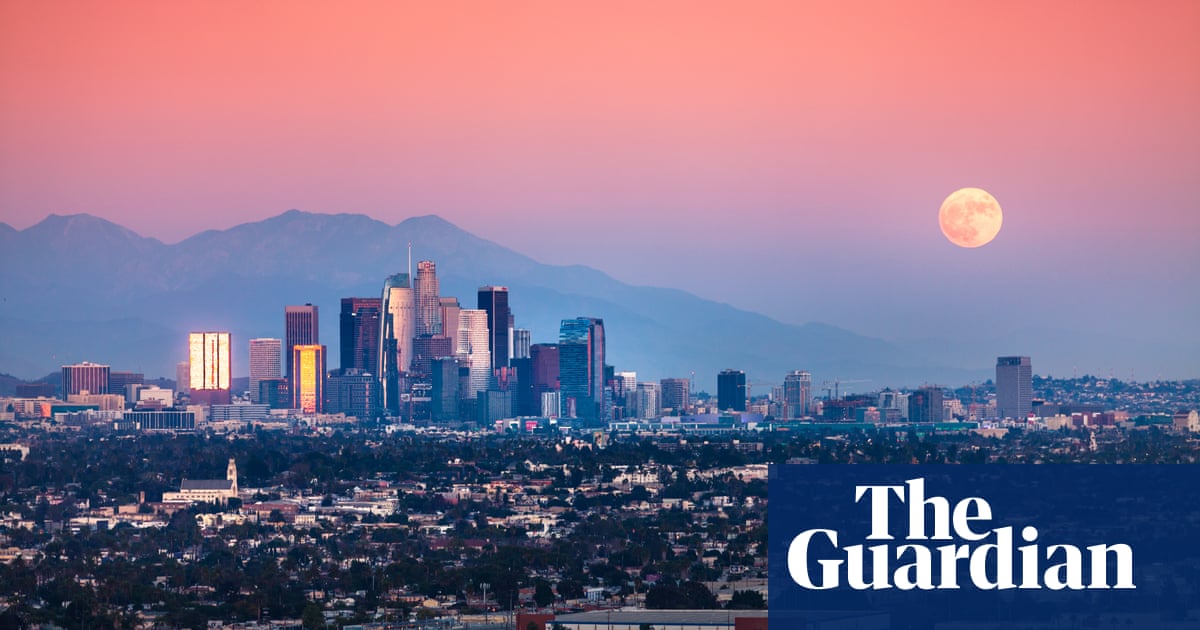 A billion dollars is a steep price to pay for a whole lot of nothing even if the nothing in question happens to be a prime piece of open land with commanding views over the mansion-studded hills of Bel-Air and Los Angeles.

Still, a billion dollars is what the owners of the 157 acres perched between Benedict and Franklin canyons say they want, and they are not in the mood for discounts. At least in theory, the listing known variously as the Vineyard or the Mountain is an invitation to the ultimate gazillionaire to build his or her palace of dreams above a city famously built on them.

If the tract or rather, 17 adjacent tracts fetched the full billion, it would be by far the most valuable piece of real estate in the United States, and maybe the world.

From the moment the Mountain hit the market late last month, courtesy of a real estate agent specializing in the highest of high-end properties, it has attracted curiosity, astonishment, skepticism and some hard questions about who exactly owns it, whether they are serious about selling and, if they arent, what their motivation might be.

The only certain thing may be that nothing in this story is what it seems. The cast of characters associated with the property down the years has included the shah of Iran, Brad Pitt, a Cuban American philanthropist convicted and jailed for running a property scam, and the feuding heirs and trustees of the founder of Herbalife, the global wellness promotion behemoth that has itself been accused of perpetrating scams on its customers.

On top of that, the Mountain has been at the center of a never-ending lawsuit whose stultifying complexities and ever-wandering trajectory from party to party and from court to court rival the infamous Jarndyce v Jarndyce case from Dickenss Bleak House. A major character in the story is in fact called Charles Dickens, or Chip Dickens, as he prefers to be known, an Atlanta businessman who came to Los Angeles more than a decade ago to pull off the ultimate real estate deal, only to pile up enough regrets for a jukeboxs worth of hard-luck country songs.

Research by the Guardian suggests the property may not be eligible for sale at all. At a federal court hearing in April, lawyers on opposite sides acknowledged a cloud of title legalese meaning its not clear who owns it, never mind who owes whom for the tens of millions dollars spent to date on grading the hillside and other expenses associated with preparing the land for sale. An exasperated federal bankruptcy judge, Barry Russell, washed his hands of the case at the hearing, saying that after 10 years of litigation this has to come to an end, at least in his courtroom.

The case now moves to state bankruptcy court, where a trial is scheduled to begin next May, according to available court documents. Anyone tempted to snap up the property would have to reckon with the continuing litigation, not to mention the likelihood of becoming party to the long-running dispute.

Then theres that price tag. There is no such thing as a billion-dollar property in Los Angeles and probably nowhere, a leading Los Angeles real estate agent told the Guardian bluntly. (He requested anonymity so as not to antagonize the listing agent, Aaron Kirman.) Its not even close. For premium tracts of land like this, $50m-100m is what youd expect. Beyond a hundred million is very rarefied air, and this is well beyond. Theyve put an extra zero on this.

Some people are guessing the offering is a publicity stunt, even if they arent sure for what. Others think the desire to sell may be genuine and that the grossly inflated price tag is designed to see how much the market will in fact bear.

Kirman, the listing agent, did not respond to multiple attempts to reach him, leaving detailed written questions about the integrity of the sale unanswered.

Through its history, the Vineyard has tended to crush dreams more than inspire them. In the 1970s it was snapped up by Shams Pahlavi, the shahs sister, who had ambitions for a wonder estate to rival her Pearl Palace in Karaj, outside Tehran, with its spiral ziggurat and zoo and fabulously opulent pure gold bedspread. Then came the Islamic revolution, and Iranian students marched on one of Pahlavis Beverly Hills residences shouting Death to the shah! and threw Molotov cocktails in an attempt to set the place on fire.

The next owner, the film and television mogul Merv Griffin, got tangled up in permitting issues and preferred to buy up the Beverly Hilton hotel instead. Then came Mark Hughes, the founder of Herbalife, who wanted to hire the celebrity architect Richard Meier to build a 45,000-square foot Mediterranean mansion. The project was dear to the heart of Hughess third wife but died when he moved on to wife number four.

Then Hughes himself died unexpectedly, and the feuding started. Nominally the property was held in trust for Hughes son Alex, but the third wife bickered constantly with the trustees, one of whom was quietly forming an alliance with Chip Dickens and bankrolling his efforts to install a grandiose gate and do landscaping work to prepare the estate for what they both hoped would be the sale of the millennium. Brad Pitt considered buying it at one point. So did Tom Cruise.

Over time, the trustee was ousted, the Hughes estate and Dickenss development company went to court and complication after complication ensued. Desperate for a new backer, Dickens turned to Victorino Noval, a charming Cuban American ex-con with a taste for the Beverly Hills high life, and his son Victor Marco. They rented the property out to Charlize Theron and Rihanna for charity bashes, one of which was panned as a chaotic mess of poorly catered food, party crashers and malfunctioning porta-potties. Then they, too, fell out.

Nominally, the property now belongs to the Novals and their company Secured Capital Partners. But it is unclear whether Dickens had the legal authority to transfer ownership to them in 2016 and the Hughes estate has been contesting it every step of the way.

Putting the estate on the market may in fact be a legal strategy of some sort, because it was previously listed also for a billion dollars in 2015 before being withdrawn. In a case so complicated, though, its impossible for a lay outsider to say why or how such a strategy would work. Like Jarndyce v Jarndyce, it seems this scarecrow of a suit has, in course of time, become so complicated that no man alive knows what it means.

The Guardian attempted to reach each of the parties to the lawsuit, but received no reply.